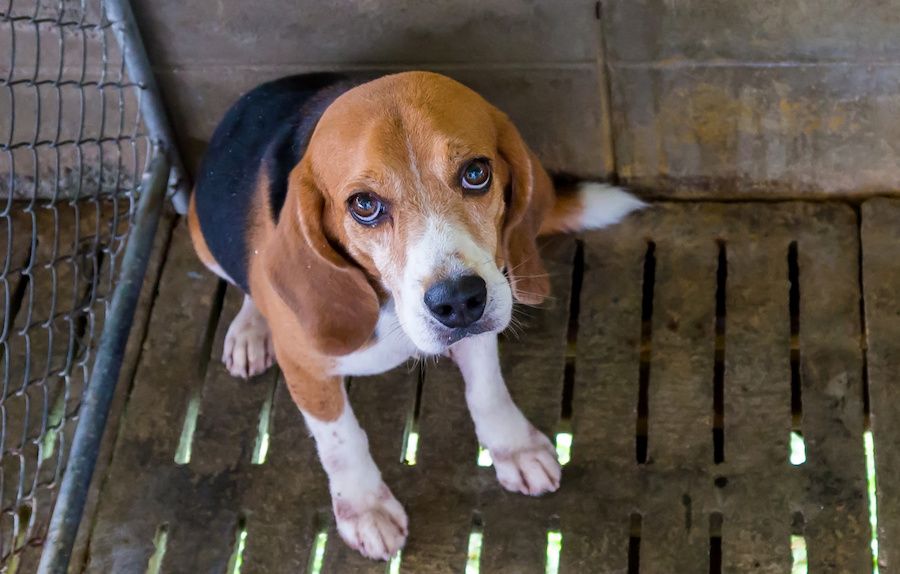 A cruel puppy and ferret farm in East Yorkshire, England is breeding innocent animals to be sliced open, infected with disease or slowly poisoned to death at barbaric medical labs.

The facility is run by notorious lab animal breeder B&K Universal — a division of global company Marshall Farms — and houses hundreds of beagles and ferrets at a time. B&K’s application to build was initially rejected twice due to activist outcry, but the rejection was heartlessly overturned in 2015 by Greg Clark, British Secretary of State for Business, Energy, and Industrial Strategy.

We must keep speaking out to stop this cruel facility from breeding more animals for hellish torture. Activist outcry already shut down one such horrific UK breeding facility, Harlan Hillcrest Farm. Now it’s time to end the suffering in East Yorkshire, too.

Along with the gruesome physical wounds, dogs used for vivisection — usually beagles — endure intense isolation, kept in tiny, barren metal cages with no social interaction. They become depressed or literally go crazy from both the abuse and the loneliness. When the dogs are no longer “useful,” they are killed and tossed like trash.

Instead of sending more dogs to their death, the UK government must seek effective, cruelty free alternatives to animal testing.

Sign this petition urging the government to end the cruelty by shutting down this breeding facility at once.

Correction 2/13/2019: This post originally stated that this  facility was proposed, but had not yet been built; it has been built and is currently in operation