SIGN: Justice for Sweet Cat with Firecracker Blown Up Inside Her 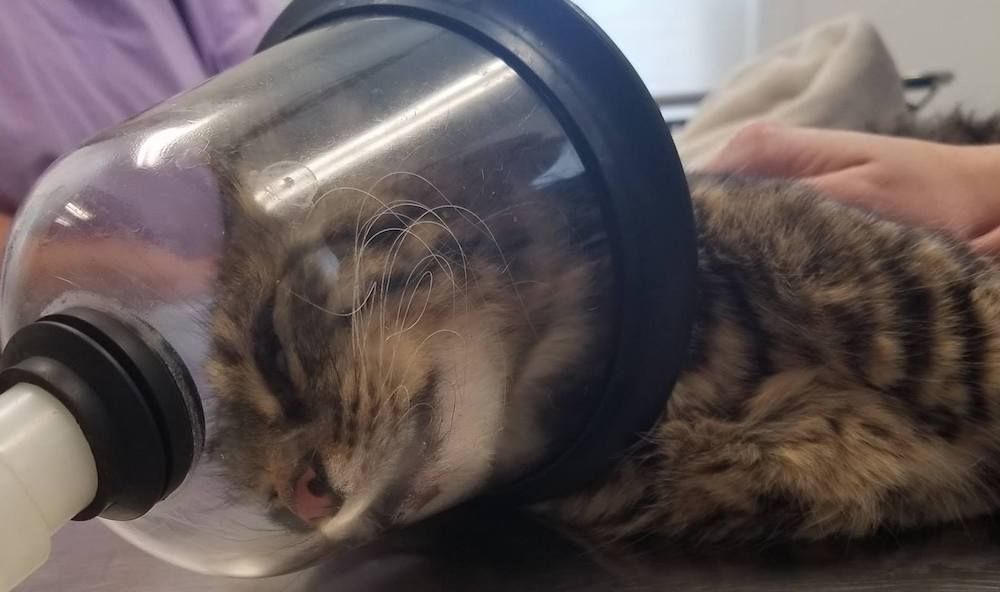 UPDATE (6/22/2022): Unfortunately, no offender was established and no charges were brought forward, according to the incident report, the Mansfield Police Department custodian told Lady Freethinker. We are disappointed that there was no accountability for this innocent cat. We’ll continue to do all we can for animals. —Lady Freethinker Staff

A sweet cat named Katy P is fighting for her life at Phillips Animal Hospital in Mansfield, Ohio after someone inserted a firecracker into her rectum and set it off.

The long-haired tabby cat required emergency surgery to treat the horrific wounds inflicted by the explosive device – the vet that treated her said she was missing a large part of her anus and skin halfway up her tail.

Although Katy P survived the initial surgery, vets amputated her tail several days later due to an ongoing infection. It is unclear whether she has normal bowel function – only time will tell as she heals from her excruciating injuries.

When Katy P’s owner discovered the maimed cat, they reached out to the Humane Society of Richland County for help, as they were not able to cover the costs for her care. The Humane Society is working closely with the Mansfield Police Department to investigate the case.

Sign this petition calling on the Mansfield Police Department to track down the person/s who committed this sickening crime and prosecute them to the fullest extent of the law, so they never torture another animal again.

Anyone with information regarding this case, please call The Richland Humane Society at 419-774-4795 or go to www.adoptourstrays.com. They are offering a $2000 reward.