SIGN: Justice for Skeletal Dog Found Under Mountain of Trash 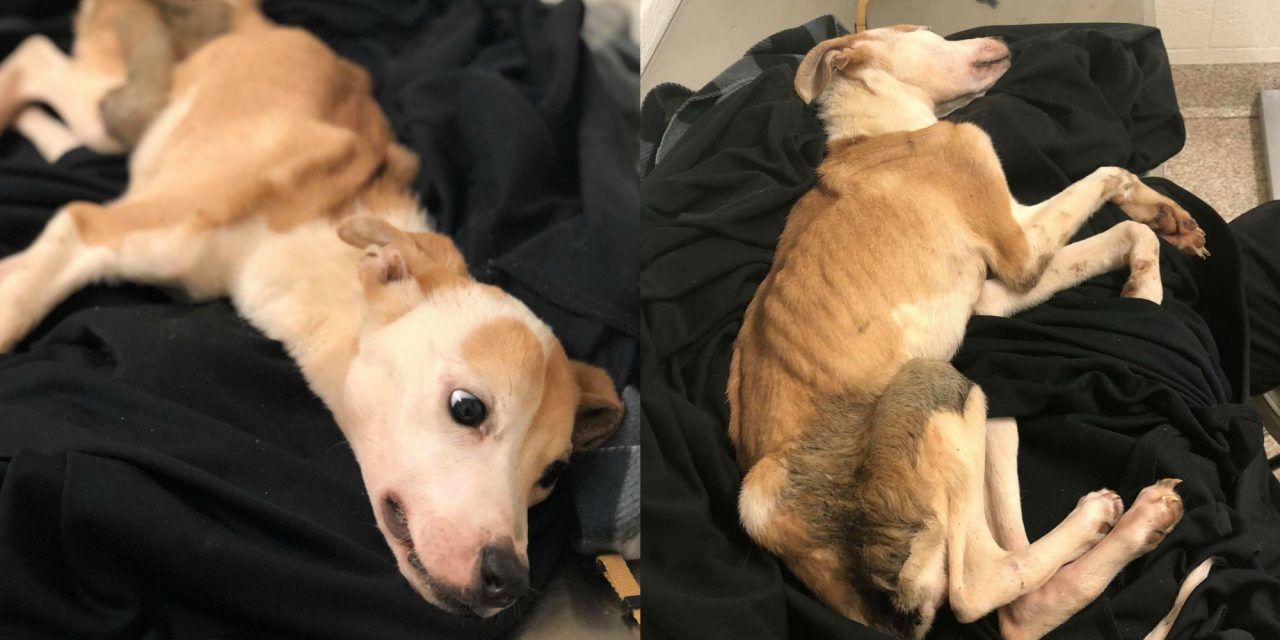 UPDATE (6/13/2022): After nearly three months in foster care, Henrietta was finally ready for her ‘forever.’ She found a great home with the Lim family in September. Henrietta is incredibly adored, getting along great with her new doggy sister, but especially loves her little human brother, Liam. The two are inseparable, getting into all kinds of mischief and cuddle puddles together. He calls her ‘Henri.’ We’re continuing to look for updates on the criminal end of things. —Lady Freethinker Staff

When a landlord in Kenilworth Park, MD went to check on a rental property Wednesday, he discovered no tenants, but mountains of trash. He also heard the pained whimpering of an animal in distress — but could not see anyone among the pile of garbage. He called animal control, who dug through the filthy debris to uncover a skeletal dog underneath a panel. The dog — now named Henrietta — was barely clinging to life, so weak she could not even walk.

Baltimore City Animal Control (BARCS) rushed the emaciated dog to their Franky Fund Clinic ER, but the situation was dire. At a year old, Henrietta should have weighed 30 to 40 pounds. Instead, she weighed only 12.

Thanks to BARCS, Henrietta is receiving the care she needs to survive. But whoever dumped her among the trash to starve to death is still walking the streets, a danger to other animals and humans.

Sign this petition to urge police to make every effort to find Henrietta’s abuser and ensure they are never allowed to have an animal again.

Anyone with information on this case should call Baltimore City Animal Control’s Animal Abuse Unit at 1-443-681-0101.