SIGN: Justice for Colo Colo, Pit Bull Forced to Fight to His Death 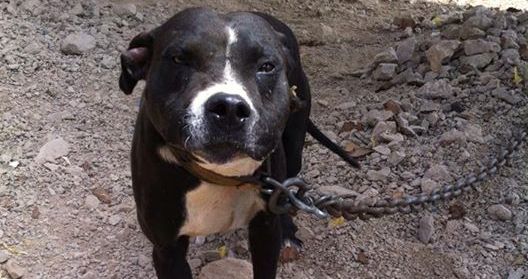 UPDATE (6/27/2022): We sent our petition, signed by more than 24,000 people, to the Ecuadorian Ambassador to urge a thorough investigation into this horrific situation. Thank you to everyone who signed our petition. Unfortunately we were unable to learn whether the dog fighters were identified and held accountable. We’ll keep fighting for animals. —Lady Freethinker Staff

During a gruesome, illegal dogfight in Ecuador, a pit bull named Colo Colo was forced to fight for an entire hour and thirty minutes against another helpless dog. This vicious and intentional act of animal cruelty resulted in Colo Colo’s slow and agonizing death.

This dog never asked to fight — and now he deserves justice for the savage crimes committed against him. However, even if the perpetrators were found guilty in Ecuador, the maximum punishment would be just thirty days in prison.

This unsettling reality raises concerns over Ecuador’s lack of severity in animal protection laws and sentencing.  Currently, only two pieces of legislation regarding animal maltreatment exist:

-Article 249, which punishes those responsible for causing harm to a companion animal with fifty to one hundred hours of community service.  If the harm results in the death of the animal, those responsible are sentenced to imprisonment for three to seven days.

-Article 250, which condemns anyone promoting, organizing, training for or participating in the act of dogfighting with seven to ten days in prison.  If the fight causes the injury or death of an animal, those responsible are punished with fifteen to thirty days in prison.

This is simply not enough to stop the violence — strong legislation is crucial for protecting vulnerable, voiceless animals from abuse and exploitation.  Without it, there will never be justice for Colo Colo or any other animal subjected to such heinous treatment.

Please sign this petition to prompt the government of Ecuador to establish a stronger stance against animal abuse and dogfighting by strengthening their animal protection laws and penalties.