SIGN: Justice for 8-Year-Old Girl’s Puppy Shot in the Face by Stranger 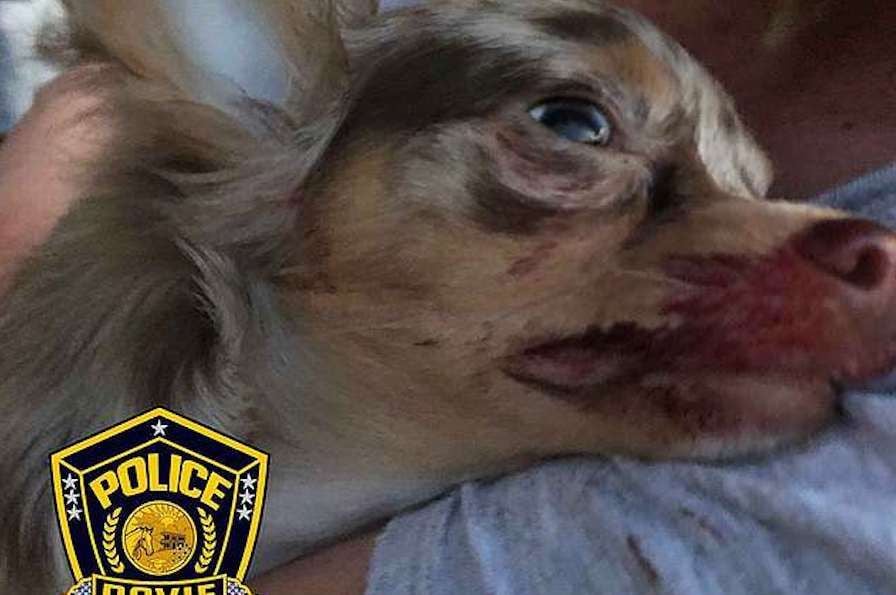 UPDATE (6/22/2022): Johansen Concepcion de la Ros pleaded not guilty to a felony charge of aggravated animal cruelty in 2018, then stopped showing up for court proceedings. A judge ordered a warrant for his arrest in July, 2019. His case remains open with the court system, according to the Broward State Attorney’s Office and criminal court records. We’ll keep watching this case. — Lady Freethinker Staff

Princess, a Chihuahua puppy, was on a walk in Davie, Florida Saturday night when her guardian suddenly heard a popping noise. The tiny dog began crying and pulling desperately on her leash, but it was too late to escape. Blood started pouring from Princess’ mouth. Five minutes later, the puppy was dead, lying limp in her guardian’s arms.

An off-duty police officer saw the entire incident, and reported that a man on a nearby balcony had shot Princess in the face with a pellet rifle, sniper-style. Princess — who had been a gift to an 8-year-old girl who adored her — never had a chance as suspect Johansen Concepcion De La Ros aimed, fired and killed the innocent puppy.

According to De La Ros’ friend, who was on the balcony with him, the killer bent down on one knee, peered through his scope and stated, “I’m going to shoot the dog.”

Owner Roshelle Pearson, the little girl’s mother, did not have the heart to tell her daughter what had happened.

“Yesterday I told her someone shot her dog and they were trying to save it,” she said. “I wanted her to sleep last night. Today I will tell her that her dog didn’t make it.”

Sign this petition to urge prosecutors to treat this case with the severity it deserves, and call for a lifetime ban on De La Ros ever going near an animal again.