SIGN: Justice for Lion with Face Hacked Off by Poachers 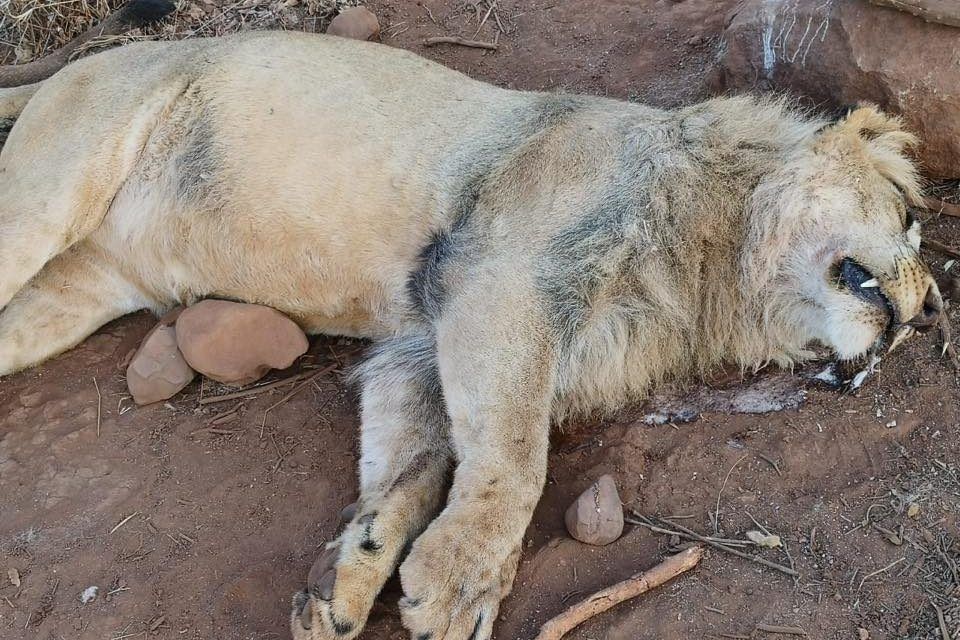 UPDATE (6/27/2022): We sent our petition, signed by more than 20,000 people, to the South African Ambassador to the United States. Thank you to everyone who signed our petition for this beautiful lion. Unfortunately, we have been unable to obtain any information about whether someone was identified or held accountable for this atrocious act. We’ll continue doing all we can for animals. —Lady Freethinker Staff

Tragedy struck on October 1st when five lions were murdered with poison by poachers in Limpopo, South Africa. In a move of appalling violence, the poachers hacked off one of the lion’s faces, along with two front paws. These brutal acts have shocked the Akwaaba Predator Park and the international animals rights community.

Akwaaba security personnel found the slain lions on their nightly rounds. The animals lay motionless, and one of the cages contained an especially horrifying sight: a mutilated, faceless lion covered in his own blood.

The murderers were likely scared off by the security guards before they could hack off the faces and paws off of the remaining four lions.

The South African government needs to take such crimes extremely seriously, and make it clear that animals’ rights and lives will be consistently and unconditionally prioritized.

Please sign this petition to urge the South African ambassador to push the government to find and prosecute these killers and take meaningful, proactive steps to end poaching once and for all.