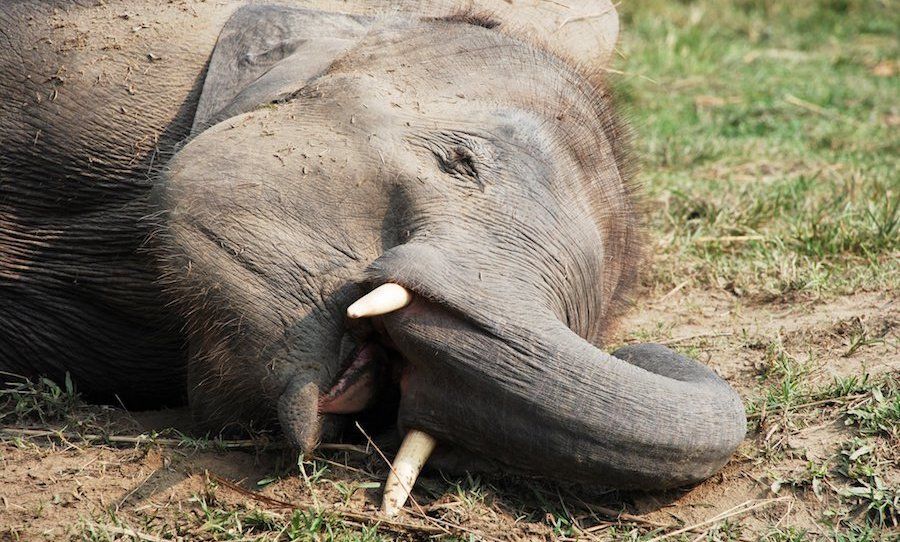 UPDATE (6/13/2022): We sent our petition, signed by more than 21, 100 people, to the Indonesian Minister of Environment. Sadly, we were not able to obtain additional information on this situation, despite multiple checks back. We thank everyone who signed our petition, and we will keep doing all we can for animals. —Lady Freethinker Staff

In a deliberate and ruthless act of cruelty, a female elephant was poisoned and suffered an agonizing death in North Aceh, Sumatra, Indonesia last week.

Locals from the village of Jambo Reuhat tipped off authorities, who found the three-day-old corpse of a 10-year-old Sumatran elephant lying in a palm oil plantation. After performing an autopsy, veterinarians discovered evidence of deliberate poisoning.

Three critically endangered Sumatran elephants have been poisoned in the same area in the last three years, and a total of 11 have been killed in the province in the last year alone.

With only around 500 Sumatran elephants surviving in Aceh province, every life is precious for this critically endangered species. Yet due to human-elephant conflict, retaliatory killings against these majestic animals are all too common.

Sign our petition calling on Siti Nurbaya Bakar, the Indonesian Minister of Environment, to ensure the elephant’s killers are found and prosecuted, and work toward enacting humane steps to stop the conflicts and save the lives of both humans and elephants.