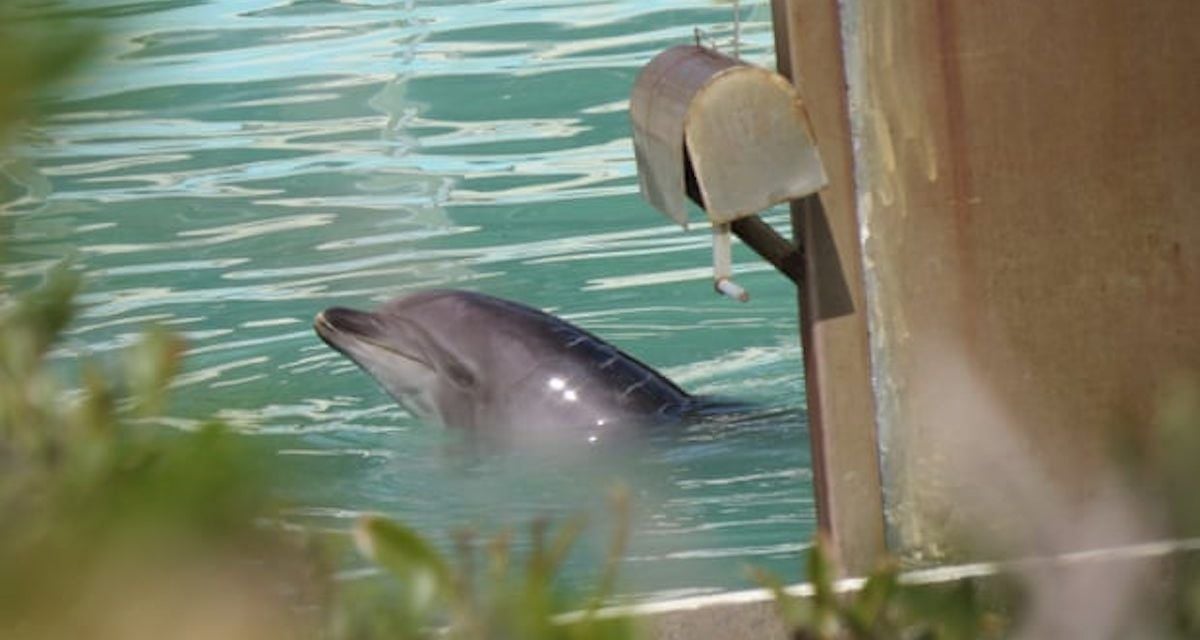 UPDATE: It is with a heavy heart that we share the news that Honey the Dolphin passed away on March 29, 2020. Honey died alone and abandoned.  Honey serves as a tragic reminder that we must continue to advocate for these animals to let them live a safe and peaceful life.

A female bottlenose dolphin named Honey has been left — abandoned and alone — in a tiny, dirty pool at Japan’s Inubosaki Marine Park Aquarium after it closed down in January. Four other dolphins have already died at this hellish facility — we must save Honey before it’s too late.

Honey was captured from the wild in 2005 near Taiji, the infamous site of brutal dolphin hunts that color the water red with blood. Stolen from her family, she was forced to live and perform at the decrepit aquarium, where she continues to suffer day after day.

Animal advocates who checked on Honey reported that she shows signs of stress, like shaking her head back and forth, over and over again. The skin across her head and upper body appears dry and cracked.

Although employees still feed Honey — along with the penguins, fish and other animals left behind — dolphins are highly social and intelligent animals, and Honey is surely undergoing extreme mental and emotional stress from the solitary isolation in this prison.

Sign this petition urging the Health and Welfare Department of Japan’s Chiba Prefecture to step in and ensure Honey — along with the rest of the abandoned animals — is freed from this living hell and sent to a sanctuary to live in peace.