SIGN: Justice for Diesel, Dog Shot Dead by Neighbor for ‘Peeing on Trees’ 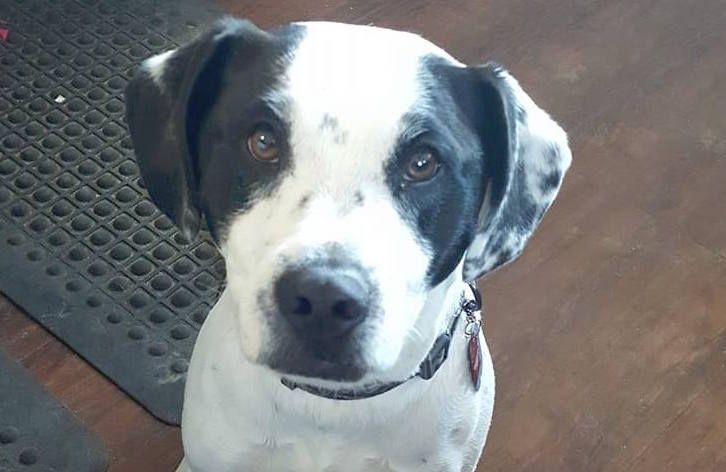 UPDATE (6/17/2022): According to Blue Earth County records, Brian Joel Johnson was convicted of animal cruelty and was sentenced to 100 hours of community service, ordered to pay restitution to the dog’s guardian, and will spend three years on probation.  We will continue to track cases of animal cruelty and will always push for the highest sentencing to bring justice to the animals.   —Lady Freethinker Staff

In a heartless case of animal cruelty, a beloved family dog in Good Thunder, Minnesota was fatally shot by a neighbor who claimed the sweet, sociable animal was peeing on his trees. This senseless killing must not be tolerated.

The four-year-old rescue dog, Diesel, fell gravely ill in June – he was vomiting and obviously unwell. His family rushed him to the vet for emergency treatment, thinking he may have been poisoned. Two days later, Diesel died.

During the autopsy, the veterinarian discovered a .77 caliber pellet inside his abdomen.

Local police received a tip which led them to 63-year-old local Brian Johnson, who admitted to shooting Diesel when the dog wandered into his yard, saying he was sick of his trees dying from being urinated on.

If Johnson had come forward earlier, vets may have been able to save Diesel’s life. Instead, he leaves behind a heartbroken family, including an eight-year-old boy who can’t sleep without his best friend.

Johnson has been charged with a felony count of mistreatment of animals. He is scheduled to appear in Blue Earth County District Court on August 30.

Sign this petition calling for justice for Diesel – urge County Attorney Pat McDermott to prosecute Johnson to the fullest extent of the law, ensuring he can never harm another animal again.