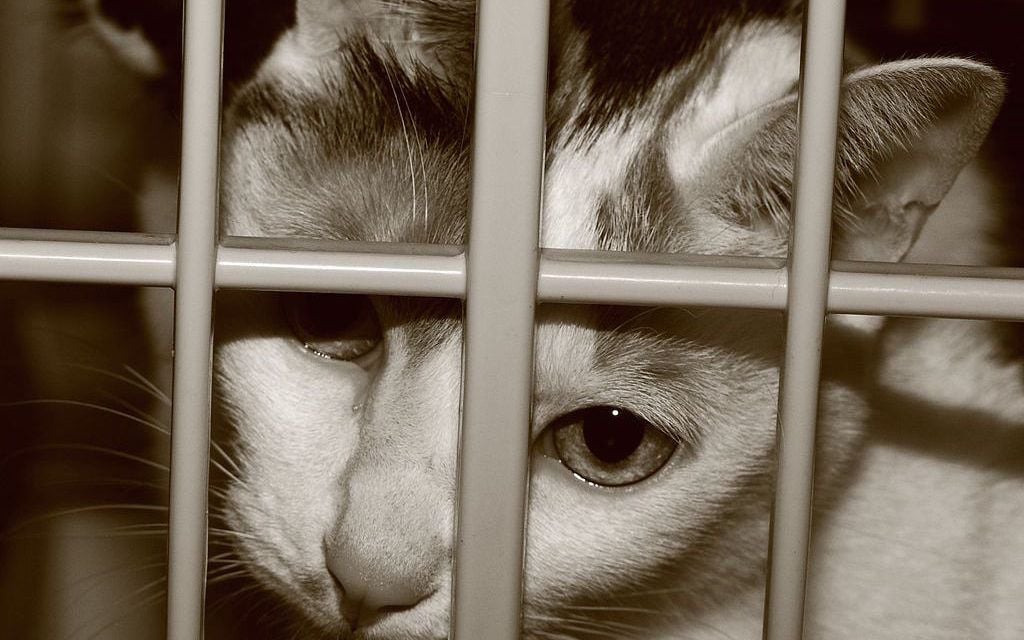 Officials were tipped off about Pingfu’s horrifying operations after neighbors became suspicious of his constant search for stray cats to adopt. Pingfu would deceive animal supporters in an online chat room dedicated to saving strays. He would then drag felines to their fate at a rural slaughterhouse.

Pingfu promoted his home as a safe haven for felines, encouraging neighbors to bring him homeless cats. While developing a false reputation as an active animal rescuer, Shanghaiist.com reveals that Huang made over 3,000 yuan daily — almost 500 American dollars — for the 100+ cats killed in his illegal slaughterhouse.

Pingfu’s actions clearly demonstrate why more legislation is needed to protect animals around the world from torture. Hundreds of animals suffered for one man’s personal gain; those homeless cats would have been far better off living on the streets than butchered at Pingfu’s house of horrors.

Although the sale of dog and cat meat is technically illegal in China due to health codes, it is still widespread — and animal cruelty laws are virtually nonexistent. The only animal welfare legislation in the country is the outdated and severely limited Wildlife Protection Law of 1988.

Of course, animal welfare is largely ignored in federal U.S. legislation, as well. The archaic Animal Welfare Act of 1966 — considered the standard for the humane treatment of animals by the USDA — does not address basic animal care, but simply regulates commercial facilities that handle animals. And the USDA still systematically fails to stop the cruelty at factory farms, zoos, pet stores and more.

Animal welfare nonprofits continue to speak out against cruelty around the world and demand more humane policies — but there is a long way to go in China, the U.S., and around the world.