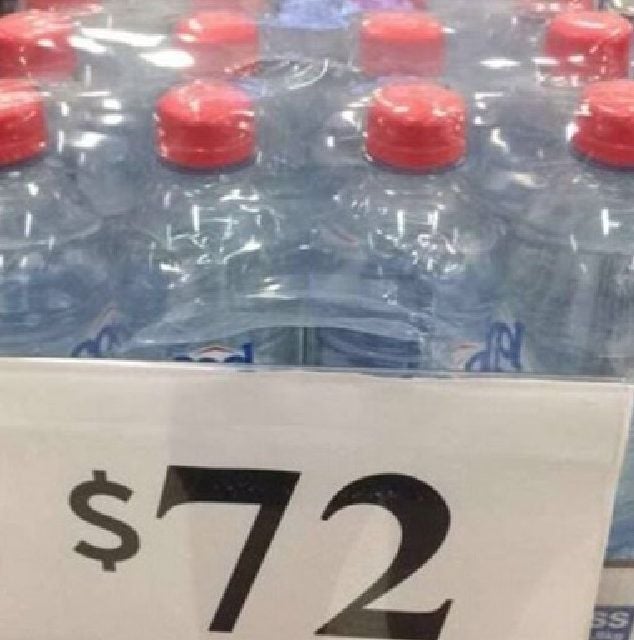 A pricing misunderstanding at a Target store caused outrage in the wake of a natural disaster in Queensland, Australia.

When Natalie Maher, a Queensland resident, stopped in the Bowen, Queensland, store following the disaster, she uploaded a picture to Facebook of a 24-pack of 600 ml bottles of water, priced at $72.

In her Facebook post, Maher said, “Talk about price gaugeing [sic] us while we are in need. Disgusting mongrels.” She went on to say that she had just left the disaster recovery center where they were giving away bottled water. Due to storm damage, officials declared the local tap water unsafe to drink because of elevated bacteria levels.

In a statement to SmartCompany, a Target spokeswoman explained the pricing was a “misunderstanding at store level” and apologized for the confusion. She said that the bottles of water are normally sold at $3 each for individual bottles. An employee simply did the math to price the 24-bottle pack and set the water out on the floor in packages. However, the water was supposed to be sold at a reduced price of $1 each and not offered in bulk.

The spokeswoman said, “We again apologise for any misunderstanding and the team at our Bowen store will continue to support the local community during these difficult times in anyway they can.”

The aftermath of the cyclone was considerable: buildings and structures were destroyed, crops were flattened, coal mines shut down, and over 63,000 homes and businesses were left without power. Six deaths have been reported in Australia, and a search continues in New Zealand for a man said to have been consumed by a swollen river.

To help, please contact the Red Cross of Australia and New Zealand.