Home » Animals » Animal Rights » Officer Shoots Two Dogs in Their Own Yard – One Was Wagging His TailBy Sophie Dixon | July 12, 2017 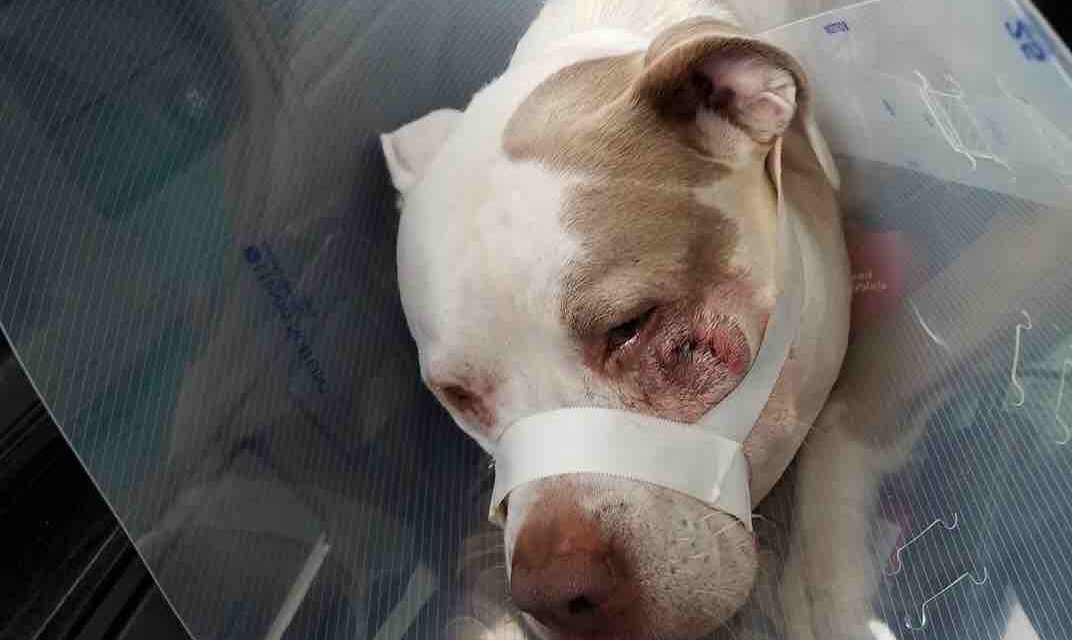 One family is left bereft and confused after returning home to find that both their dogs had been shot by a uniformed Minneapolis police officer. According to security footage of the incident, the dogs were calm and even seemed playful. Jennifer LeMay, a mother of four, is distraught and angry, as her two beloved dogs were wrongly attacked from within the seven-foot fence of her own home.

Distressing film footage shows the police officer standing in LeMay’s backyard in North Minneapolis, as one of the dogs, Ciroc, hesitantly approaches him, wagging his tail. The police officer then draws his gun, aims, and shoots Ciroc and then Rocko.

LeMay said, “he was waging his tail… My dog wasn’t even moving, lunging toward him or anything.”

At the time of the tragic incident, LeMay and her family had been in Wisconsin on a camping trip. Having returned home early for work, LeMay’s daughter accidentally triggered the house alarm, bringing two police officers to their home. According to LeMay, neither one of the officers knocked at the front door but climbed over the back fence instead.

The camera footage shows Ciroc, stop about ten feet away from the police officer, wagging his tail. Ciroc shows no signs of charging, nor does he display any signs of aggressive behaviour. After the police officer fired, Ciroc fell to the ground and then struggled to his feet before running away. The officer then shot Rocko multiple times. LeMay’s daughter saw the whole thing from her bedroom window.

The next day, LeMay was visited by a Minneapolis police officer to first express his condolences, and then to discuss the details of such a tragic incident.

The Staffordshire Terriers were left with extensive injuries, leaving them in a critical state and in desperate need of immediate medical care. The police officer shot Ciroc in the jaw, and Rocko in the shoulder, side and face.

Astonishingly, both Ciroc and Rocko survived their brutal injuries. LeMay is now faced with a crippling amount of bills for veterinary care and surgery for her beloved dogs. Having already spent over $900 for Ciroc’s medical care, the dog is still awaiting surgery at the University of Minnesota, costing $5,000 to $7,000.

Police spokesman Corey Schmidt said, “we are aware of the recent incident involving MPD officers responding to an audible residential burglary alarm and while at this call an MPD officer discharged their firearm, striking two dogs belonging to the homeowner. Anytime an officer discharges their firearm in the line of duty there is an investigation. We are in the process of reviewing the video posted online, as well as the officer’s body camera video.”

Since the police officer in question clearly shot the dogs without the excuse of being threatened or aggressively charged at, we have to question whether this was a deliberate act of cruelty against these innocent animals.

Sadly, this tragic incident has become a common occurrence as a dog is shot by law enforcement every 98 minutes. In the eyes of the law, an animal’s life is worth less than a human’s, leaving them more vulnerable.

This deeply disturbing event has horrified thousands of sympathizers around the world; Having since posting the video, LeMay has received over 400,000 views. The Minneapolis police are currently investigating the incident.