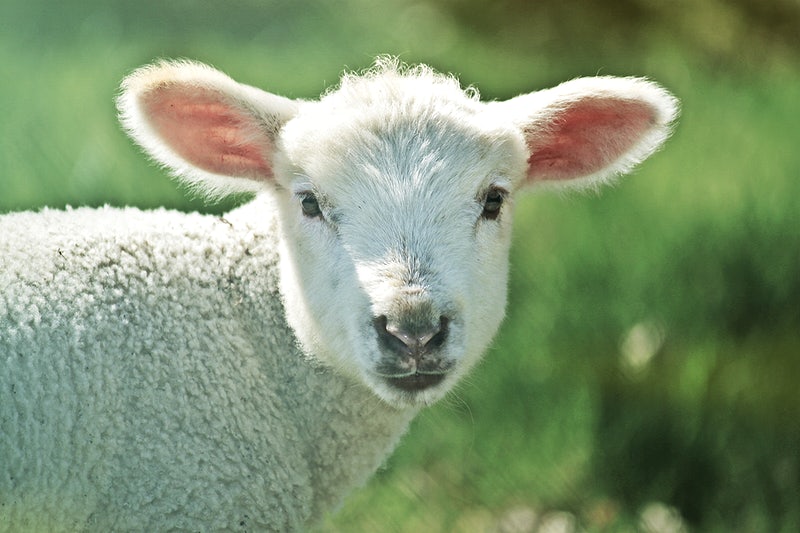 Nike needs to phase out wool products that involved a cruel practice of cutting off chunks of baby lambs’ skin, according to a nonprofit campaign that has amassed more than 50,000 signatures in weeks.

“Mulesing” is a procedure that uses sharp sheers to cut off large chunks of skin from 2- to 10-week-old lambs to remove their hairs in order to prevent fly infestations.  The lambs have no form of pain relief and as a result suffer severe fear and stress, as well as intense physical pain that can last for days, according to Boston-based nonprofit FOUR PAWS International.

Australia, the world’s largest  Merino wool producer, is the only country that still practices mulesing, and sports giant Nike is one of the only sports companies that has refused to phase out the cruel wool products from its line.

Four Paws has started a campaign urging Nike to #StopCruelWool, with a tag line of “Just Don’t Do It,” which includes a petition that has been signed by more than 57,000 people. The nonprofit also has conducted a public protest at Nike’s European Logistic Campus in Belgium, which is the company’s biggest European distribution hub.

During the night, FOUR PAWS activists projected their demands onto the facility’s front facade.

Nike did not respond to media inquiries for this story. 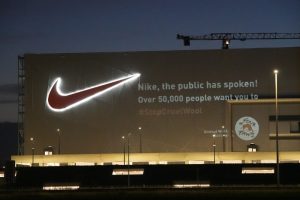 More than 300 brands have published anti-mulesing policies, and in 2021 over 30 brands signed an open letter to the Australian wool industry to demand an end to the mutilation of lambs. Meanwhile, two of Nike’s top competitors — Adidas and Puma —have made public commitments to exclude the cruel and outdated practice, according to a FOUR PAWS report.