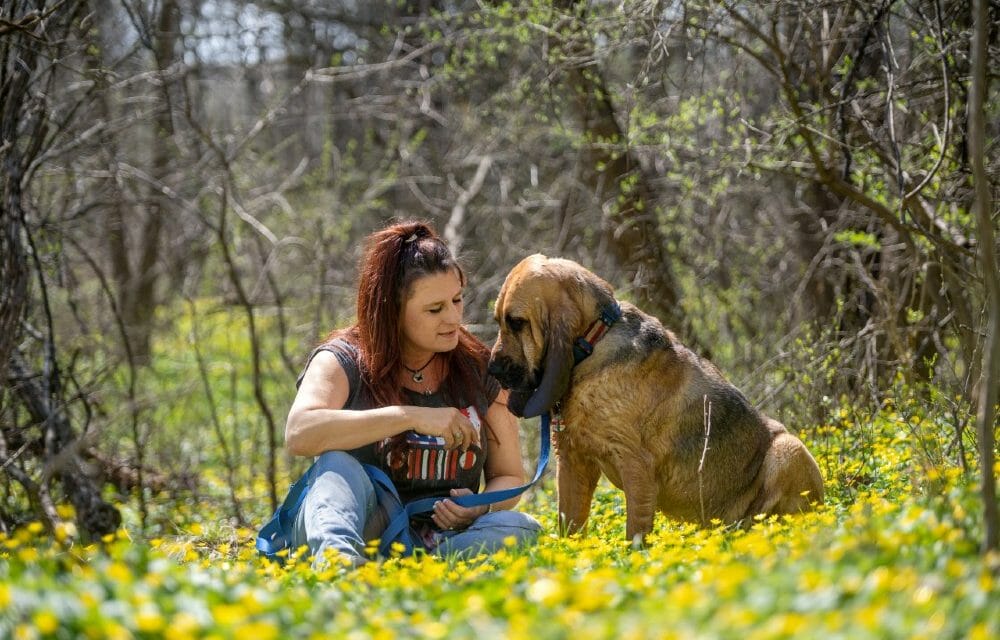 When Photographer Kristen Kidd sat across from a client and learned how much the woman’s dog meant to her, she was touched.

When she kept hearing the same thing, over and over, from women who told her that their four-footed family members were their life-savers, their therapists, their adventure buddies and their best friends, she knew she had to do something big.

“These stories were so powerful,” Kidd told Lady Freethinker. “I thought that there were a million other people out there who had to hear these stories.”

She also thought photography would be the perfect medium to help capture the stories.

“Photography freezes time,” she said. “If you can pair that with helping someone reflect with great intention about what matters most to them, then that is something priceless, life-changing, and transformational.”

She knew there had been coffee-table-style books about people and pets, but described many of them as “cutesy.”  Only a handful took a deeper look at the strong bonds women form with their animals.

And so, the third volume of “Woman’s Best Friend,” a photography collection celebrating the unique and healing bonds that women form with their dogs, is in the works.

While each story differs, Kidd said recurring descriptions of what the dogs have given their guardians includes words like “unconditional love, calm, peace, confidence, presence” and “empowerment,” Kidd said. 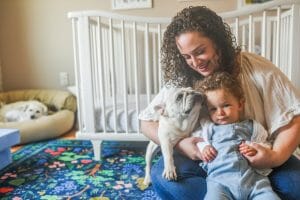 For Kidd, the journey has been nothing short of epic. But the projects also have raised funds for dog rescues and given women permission to revel in their canine connections.

“There is still such a stigma about how much we love our pets,” Kidd said. “I have no doubt that many women’s lives have been transformed by being a part of this project, but not only that, to have a safe space to talk, unapologetically, about their dogs without worrying that they’d get an eye roll or were being ‘too much.’”

Woman’s Animal Center, a Pennsylvania-based shelter and adoptions program that also offers affordable and high-quality vet care to the community, will receive the proceeds from Volume 3 once it’s finished.

Cathy Malkemes, the center’s chief executive officer, also will be featured in the volume’s pages.

Although Malkemes already had a beloved senior dog, Gabby, a stray she called a “runner”for her escape abilities that staff named Maggie ended up stealing her heart.

Malkemes, during her rounds through the kennel, noticed Maggie looked despondent and started taking her into her office while she worked.

“I wanted to do everything I could to help her heal, physically but also emotionally, because it was clear she had been through some tough times,” Malkemes said.

Two weeks into this routine, Maggie “put the brakes on” when Malkemes tried to return her to her kennel, and that sealed the deal for her manager-turned-adopter.

The canine, who turned 11 this year, helped Malkemes during Gabby’s transition. Maggie also helped her cope with empty nesting when her daughter left for college and a divorce.

“She’s been there through my ups and downs,” Malkemes said. “She’s been my constant.” 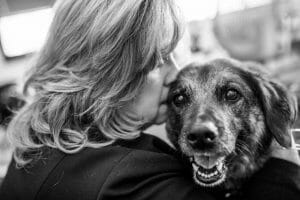 Malkemes said she felt empowered by the experience of sharing their story with Kidd, whom she said impressed her from the start with the depth and beauty of her images.

“Often, you’ll do a selfie with your dog and your family,” she said. “This is different. Kristen, at least in my photograph, was able to capture the bond, and the importance of this particular dog in my life.”

Other stories featured in Volume 3 include a 4-year-old Belgian Malinois credited with saving the life of his guardian battling colon cancer, a bull terrier-basenji mix who provided emotional support for his psychologist guardian, and more.

Kidd donated the $7,000 of proceeds from her first volume to Harley’s Haven, a rescue located outside of Philly. The second volume, which raised $10,000, benefited the Brandywine Valley SPCA (BVSPCA).

Linda Torelli, of the BVSPCA, said the fundraising went to helping the rescue’s long-time residents get the extra care they need to match them with the best possible adoption candidates.

“Our work at the BVSPCA isn’t just about the animals, it’s about the connection between people and our pets,” Torelli said. “Kristen shares that view of rescue work and brings it to life through her incredible creative talents.”

Alison Flanagan, director of Harley’s Haven, said the proceeds also allowed the rescue to continue with its lifesaving work.

“Kristen has such an amazing gift, and it shows in the stories that she is able to capture through her cameras,” Flanagan added. “You can feel the love and strength in each of her photos.”

Kidd’s love of dogs started with Cedric, her  “ride or die” Basset hound buddy who accompanied her around her family’s farm during her childhood. 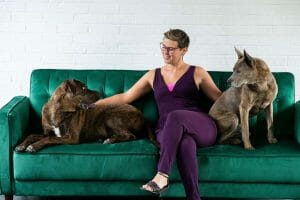 Her love of photography also started in her childhood. Kidd remembered seeing snapshots in almost every room as she followed her mother, a nurse, around rooms at the long-term care facility where she worked.

“What fascinated me was what made the cut for this tiny space, what they would carry with them,” she said. “There were always photographs … of weddings, first babies, pets.  It was there in those rooms that I learned compassion, empathy, and also seeing the stories of people’s lives.”

Kidd’s overall mission as a photographer became to help busy people stop, reconnect with the love in their lives, and capture the precious moments before they slip away.

Canine companions — and other companion animals — absolutely have their place within that larger picture, Kidd said.

“They love you unconditionally. They’re there to celebrate the best of times and always lift you up in the worst of times,” Kidd wrote on the pet photography section of her website. “They arrive, and you’ll never be the same again.”

Kidd also wanted to mention that she’s still accepting submissions for Volume 3. Those interested in having their stories featured can learn more by visiting the Woman’s Best Friend website. 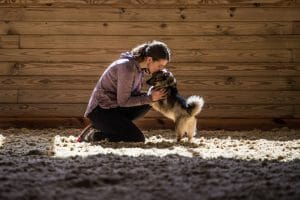