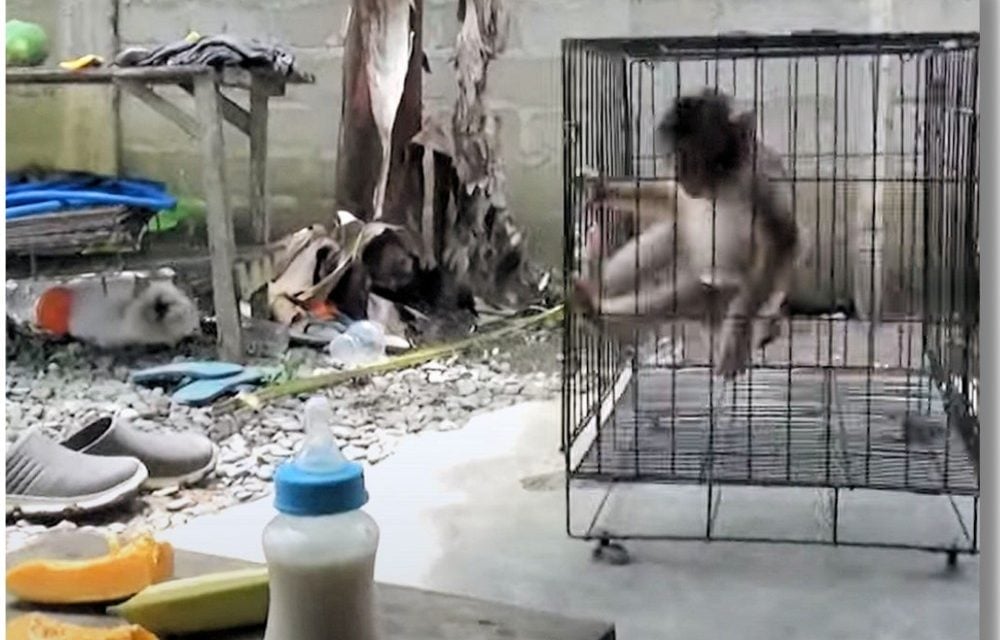 In one video, a tiny monkey who falls asleep peacefully in a person’s arms wakes to find a live snake wrapped around his body. His horrified reaction has since earned the poster 5. 6 million views on social media.

In another video posted online, a baby macaque sits confined in a plastic bag for more than five minutes, reaching for food offered to her that she can’t reach through the translucent barrier.

Those acts of psychological torture are only two of the nearly 200 documented acts of animal cruelty found on social media giants TikTok, YouTube, Instagram, and Facebook, according to a new report from the Social Media Animal Cruelty Coalition (SMACC), a coalition of more than a dozen animal protection organizations, including Lady Freethinker.

“Teasing as Torture,” a 31-page exposé, details animal cruelty in the form of filming and posting acts of “teasing” – including people who straitjacket baby monkeys so they fall on their faces when trying to walk, withhold food from starving animals, leave distressed infant animals to scream or cry without comfort, and scare animals with firecrackers, other live animals, or grotesque masks or costumes. Wild animals also were tormented while in public places, and wild animals kept illegally as pets endured senseless stunts such as being sprayed with lemon juice or water, according to the videos.

From February through May, SMACC researchers documented 195 such videos. They reported each of them using the platforms’ online reporting systems, yet few videos have been removed to date. Most social media platforms also have refused to discuss the proliferation of animal cruelty on their platforms, according to SMACC.

“SMACC has yet to receive any response from all but one company,” the coalition said. “All of the content described in this report has also been reported to the platforms via their own reporting processes. It remained online and freely available.”

Meanwhile, animals continue to suffer for “likes” and “views.”

“Social media videos that present animal suffering as ‘harmless’ entertainment are anything but,” said LFT President Nina Jackel. “We can and must do better. It’s crucial that the public become more aware of the hidden abuse often lurking behind seemingly ‘cute’ content and refuse to watch, share or comment on such posts.”

Macaque monkeys made up nearly 70 percent of the animals victimized in the videos, although endangered and critically endangered monkeys including orangutans, gibbons, slow loris and chimpanzees also were filmed suffering. Cows, ducks, dogs, cats,  elephants and even a baby stingray also suffered at the hands of channels that assured viewers the animals’ reactions of fear and distress were “funny.”

But veterinary experts who viewed the videos said they amounted to psychological torture.

“The tactics being used on these animals induce suffering,” said Shaun Thomson, a senior veterinary surgeon for Animals Asia. “I have grave concerns for the animals involved in these videos.”

Dr. Nedim Buyukmihci, a veterinary advisor for nonprofit and SMACC member Action for Primates, also said the acts constituted cruelty and added the popularity of the videos could trigger additional acts of cruelty against animals by imitators.

“To the teaser, it may just seem like ‘fun,’ but to the nonhuman animal involved, it may be perceived as a threat against their lives, resulting in terror and distress,” Buyukmihci said. “The situation is made even worse when it is filmed as ‘entertainment’ and posted on social media, because it normalizes such abhorrent treatment and can encourage others to do likewise.”

While filming of the cruel videos happened in several countries, people worldwide consumed the posts, making it that much more important that social media platforms efficiently target and remove the abusive content, SMACC said. Recommendations include for platforms to adopt standardized definitions of animal cruelty in consultation with animal welfare experts, to improve reporting methods for animal cruelty and to ensure abusive content is quickly removed, to stop paying channel or video owners for cruelty content, and to work with the coalition and its member organizations as trusted partners to help develop definitions and policies.

The coalition has offered its experts and expertise in providing advice on how to identify cruel footage to the platforms but has only heard back from Meta, which hosts Instagram and Facebook.

“SMACC is hopeful that the ongoing negotiations, while its pace is slow at times, will lead to concrete and swift action by Meta, to help animals who are still being used in cruelty content,” the coalition said.

The “Teasing as Torture” report is the first in a series of planned spotlight reports of the sinister subcategories of online animal cruelty.  The new findings follow SMACC’s groundbreaking 2021 report, “Making Money From Misery: How Social Media Giants Profit From Animal Abuse,” which details how social media posters profit from their exploitation of others’ suffering. 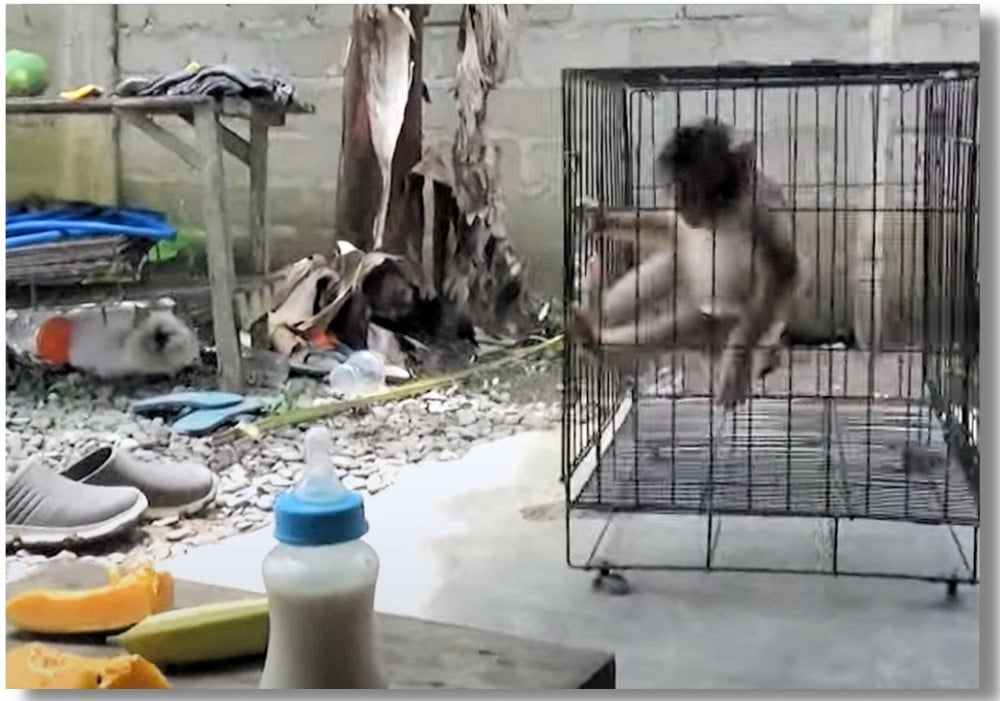