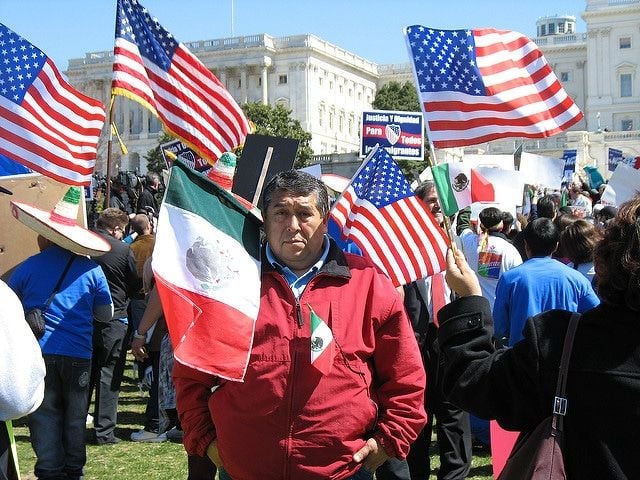 Armed with an $800,000 grant from the W.K. Kellogg Foundation, the program will run in cooperation with the New Mexico Immigrant Law Center (NMILC) and the University of New Mexico School of Law (UNMSOL).

In a state with more than 200,000 immigrants, it’s crucial that people have access to the civil and legal tools that often, due to cultural and language barriers, they are unable to benefit from.

“Access to legal counsel is the key to protecting against unwarranted deportation and creating a path to personal and financial security for immigrants and their families,” said David Stern, Executive Director of Equal Justice Works, in a press release.

The Corps will focus on filling the void of legal representation for vulnerable immigrant children and families. Additionally, it will cooperate with the UNMSOL to establish best practices, share knowledge, and offer fellowship opportunities, internships and postgraduate jobs. Over time, this partnership will increase the number of lawyers, paralegals and law graduates able and willing to counsel immigrants arriving in New Mexico.

New Mexico has witnessed a steady rise in the immigrant population, due largely to its position along the Mexican border. In 1990, just 5.3% of the population were immigrants, in 2013, that number jumped to almost 10% of New Mexicans.

Despite the obstacles many immigrants — most of who are are Latino or Asian — experience when moving to the U.S., their contribution is crucial for the New Mexican economy.

According to a report by the American Immigration Council, these immigrants brought almost $25 billion in purchase power, while sales and receipts from businesses they own reached $7.8 billion. Immigrants also represented the 12% of the national workforce, and Latinos alone paid $2.7 billion in federal taxes and $1.3 billion in state and local taxes in 2013.

Even undocumented immigrants paid taxes, as reported by the Institute on Taxation and Economic Policy. In 2012, they paid $66.3 million in state and local taxes, including $49.1 million in sales taxes, $3.9 million in personal income taxes, and $13.3 million in property taxes.

In a time where anti-immigrant rhetoric is at a peak, it is important to remember that these people represent an integral part of the economy and the society of the United States.

“Immigrants help increase the vibrancy of our communities and play a crucial role in fortifying our workforce and stimulating economic growth,” explained Jennifer Landau, Executive Director of the NMILC. “It is in the best interest of our state to develop solutions to help immigrant families thrive.”