A bold new animated film aims to tackle  the topic of illegal dog fighting through a plucky pup protagonist and a story of hope and redemption.

Chance — an American pit bull stolen from a loving home and thrust into vicious dog fighting rings — stars in the animated film, Chance. He befriends two other young dogs, who help him survive his cruel new reality while also staying true to values instilled by his mother Duchess, who taught him to live with love and in harmony with other dogs.

We won’t give the ending away here, but we will say that while Chance doesn’t want to fight other dogs, he does learn through the course of his journey to fight for his freedom.

Written by Kenny Young, directed by Kenny Roy, and produced by Phil James and Brandon Wynn of James Young Entertainment, the film aims to raise awareness about the cruelty inherent in dog fighting.

But the film also aims to underscore that former dogfighting victims can become fabulous forever companions when rehabilitated with patience, loving care, and support.

“We’re excited to continue our mission of reversing the stigma of pit bulls and forever ending dogfighting throughout the globe,” the filmmakers wrote on the film’s official Facebook page. “The love of pit bulls is real, but so is the brutality they face. Change starts with awareness, advocacy and action, and that’s what we hope Chance the film will inspire worldwide.”

You can check out Chance via streaming and cable platforms, including Apple, Google Play, Vudu, FandangoNow, iTunes, Amazon, Hoopla, Vimeo, Microsoft Xbox, and YouTube as well as all major cable platforms in the United States and on Rogers and Shaw in Canada.

The following Q&A combines an interview with Brandon Wynn, co-producer of Chance, and excerpts from the film’s rollout in a press release and on Facebook. 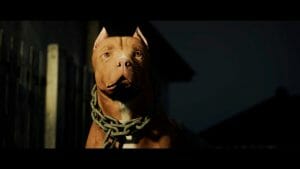 From Chance the Film (Courtesy of Brandon Wynn)

A Q&A With Brandon Wynn, Co-Producer of Chance

Tell us about your main character, Chance, and what he’s up against?

Chance is about a hopeful, young pit bull who struggles to maintain his values and faith while attempting to survive the brutal world of underground dog fighting. Chance is a dreamer, an optimist. He has a peaceful heart and an imaginative mind. He doesn’t want to fight. He befriends two other dogs, and they make a pact to survive and find freedom together. Chance’s voice, persona, faith, determination, and integrity is a model that our society needs. He stands strong, no matter what environment he is pushed into.

Why did you decide to animate the film?

Our goal in creating the film Chance was to tell a story from the eyes of the dogs, the innocent victims. The film is intended to showcase the reality of, and shed light on, animal cruelty in its worst form. We truly want to educate, bring awareness, and evoke change. Animating the film allowed us to put the story in a first person perspective, to tell a story, to show the journey.

What did you learn about dogfighting while researching the film that shocked you?

I knew about dogfighting, and I knew it happened everywhere. But I learned that lawyers and doctors do it, too, because gambling is often involved with the fights. That was the last thing I expected. But the absolute worst thing, which I learned about during a screening, is ‘trunking’ — where, if they have nowhere else to go, they put the two dogs in a trunk, turn the music up, and the dog that is alive is the winner. I didn’t know how to react to that. It’s disgusting.

Were you worried that people might not want to engage with such ‘dark’ content? And tell us more about the message that former dog fighting victims deserve loving forever homes.

This film crosses a line into a topic that a lot of people can’t handle. We know that, and there were things we chose not to show because of it. There aren’t really that many dog fights in the film, because you have to be careful about how you approach it. At every screening we’ve done, there have been one or two people who say they can’t do it. But the film also has millions of hits, without any promotion, and if you go to our Facebook page, you’ll see how much love for the film and for the dogs there is.

Pit bulls really do have a stigma. It’s about socialization and knowing your dog. These are good dogs, with responsible people. These dogs are good souls who have been through such pain.

Are the lessons Chance learns throughout his journey relatable to people?

Absolutely. Domestic violence, foster care, anyone who needs to get away from a difficult environment; there are parallels with all of those. Even for people living in the city, in a bad area, there’s the question of, “How do you find the faith to get out of that?” Using a dog as our main character allows people to engage with uncomfortable topics.  We use a dog to help people see that whatever the situation, it’s about having faith until you can get to the light.

What else should people know about the film?

The biggest hurdle in making Chance was that it’s independent. It’s a tough topic, and even though it’s a story of magnitude, involving social justice, people don’t want to touch it. Phil had to figure that out, and he’s been working on it for like seven years. In the end, it didn’t get made by 20 animators — it got done with three — but it got done. It’s a good story — a good, hopeful story.

The beauty of the project is that I have built a lot of relationships with rescues and nonprofits. It’s not just a movie. It’s a movement. The story keeps going. This film is a teaching tool, and we want to partner with people who want to use this as a tool to better society. There’s only so much we can do as filmmakers.

Editorial note: The ASPCA reports assisting with nearly 200 dogfighting cases, across at least 24 states, that impacted at least 5,000 canine victims in the past decade. Venues can range from back alleys and pits built to contain the dogs to staged performances. Fighters typically are kept chained in isolation and ‘conditioned’ to fight through drugs, including anabolic steroids to increase muscle and aggression. They endure brutal ear and tail croppings, usually by their handlers, to minimize what other dogs can grab during fights, which can last a few minutes to hours. Common injuries include puncture wounds, lacerations, blood loss, and broken bones, as well as death — either from the injuries or from their handlers, who sometimes kill the dogs that lose the fight as part of the blood sport ‘entertainment.’ Learn more here. 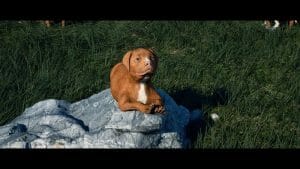 From Chance the Film (Courtesy of Brandon Wynn) 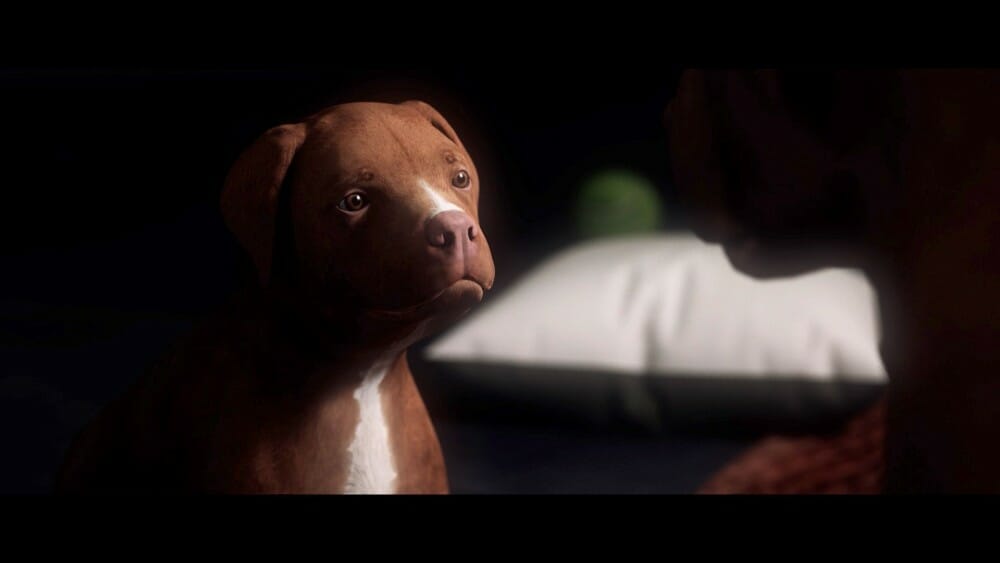