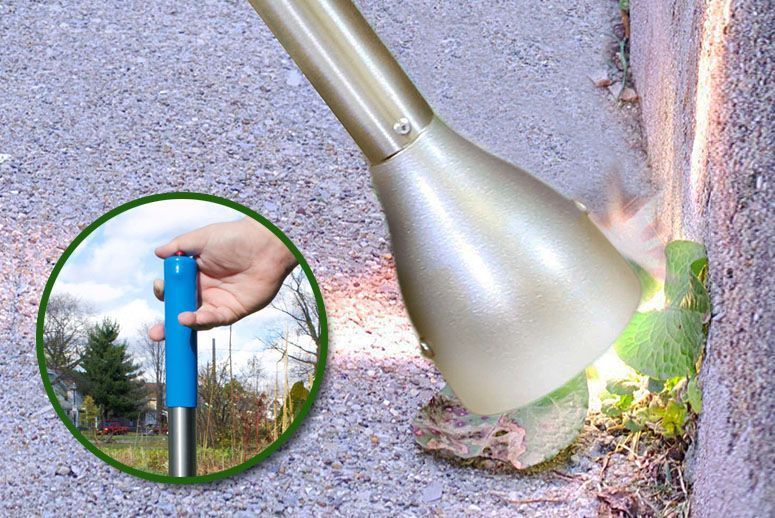 When you think of the military, you don’t think of environmentally-friendly weapons.

But recently, the Air Force has designed a wand equipped with light and heat to kill “unwanted vegetation” (i.e. weeds). The device is called NatureZap, and was created in conjunction with Global Neighbor.

Global Neighbor is currently testing the device in Southern California at Edwards Air Force Base, with the help of Cadance Lowell, a professor at Central State University in California.

The electric device harnesses “heat and high-energy blue light to kill the plants’ leaves and roots,” according to TakePart.

Global Neighbor President Jon Jackson stated, “We’ve had a pretty good success rate. We get about a 70 to 80 percent die-back without growth.” He also noted the device is particularly successful when used to kill ragweed, crabgrass, and dandelions.

What’s so efficient about the device is its ability to penetrate the ground up to two inches — and it doesn’t harm the “good” vegetation in the surrounding areas. Jackson stated, “Chemicals applications have lasting damage” – which is why NatureZap was developed.

Global Neighbor had created a similar device by the same name; however, it wasn’t as effective. It was missing the high-energy blast of blue light, which was suggested by Reinke.

So far, the project has received two rounds of funding totaling over $900,000 from the Federal Government Small Business Innovation Research Program to develop and test the device.

Reinke noted that the technology would help the military reach their goals and requirements to reduce their use of toxic chemicals under the Sikes Act. Plus, it could free up funding for other conservation efforts.

Experts have shown interest in NatureZap. The company plans to continue to test it, and publish a study as the first step.

If the device is successful, this could mean a huge step in innovation in the pest and weed-killing arenas.