Mountain Lion Poacher Convicted of Felony, But Gets No Jail 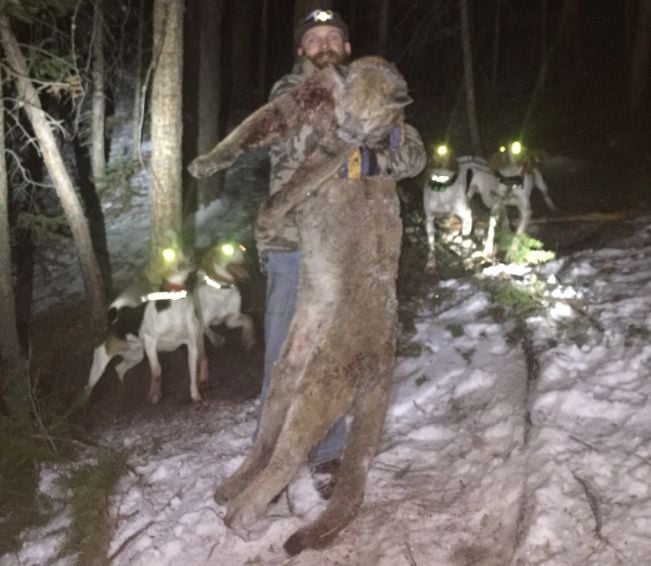 Last Thursday, Colorado Parks and Wildlife (CPW) announced the conviction of an Evergreen man for illegal possession of a mountain lion and for illegally selling big-game wildlife.

Pashley pleaded guilty to the class-6 felony of the illegal sale of big-game wildlife and to the illegal possession of a mountain lion in Jefferson County District Court.

As a result of the conviction, a judge sentenced Pashley to two years of supervised probation and imposed a court-ordered suspension on all hunting, fishing, and trapping activities within the state of Colorado. He is also restricted from owning a weapon or firearm, including for hunting purposes. However, he will not see the inside of a jail for the killing.

Pashley was required to forfeit the vehicle he used for his outfitting business, his hunting equipment, and the money he received for illegal mountain lion hunts.

At a later date, CPW’s suspension hearing examiner will determine if Pashley will face a lifetime suspension of his hunting, fishing, and trapping activities — a punishment his conviction makes him eligible for. This consequence would not only apply in Colorado, but could extend to the 47 other states that are part of the Interstate Wildlife Violator Compact — a far more fitting consequence than one that will allow him to resume hunting after just one year.

According to a years-long investigation by CPW, 35-year-old Andrew Pashley led illegal mountain lion hunts. He also ran an unauthorized outfitting service and has never been legitimately registered as an outfitter in Colorado.

In January 2017, the suspicions of CPW staff were aroused by a hunter’s false statements about where he had killed a mountain lion that he had brought in for a mandatory inspection. They later confirmed the hunter’s connection to Pashley.

A search warrant was executed the following month, during which investigators seized illegally possessed wildlife, cash Pashley had received for his illegal services, and other evidence.