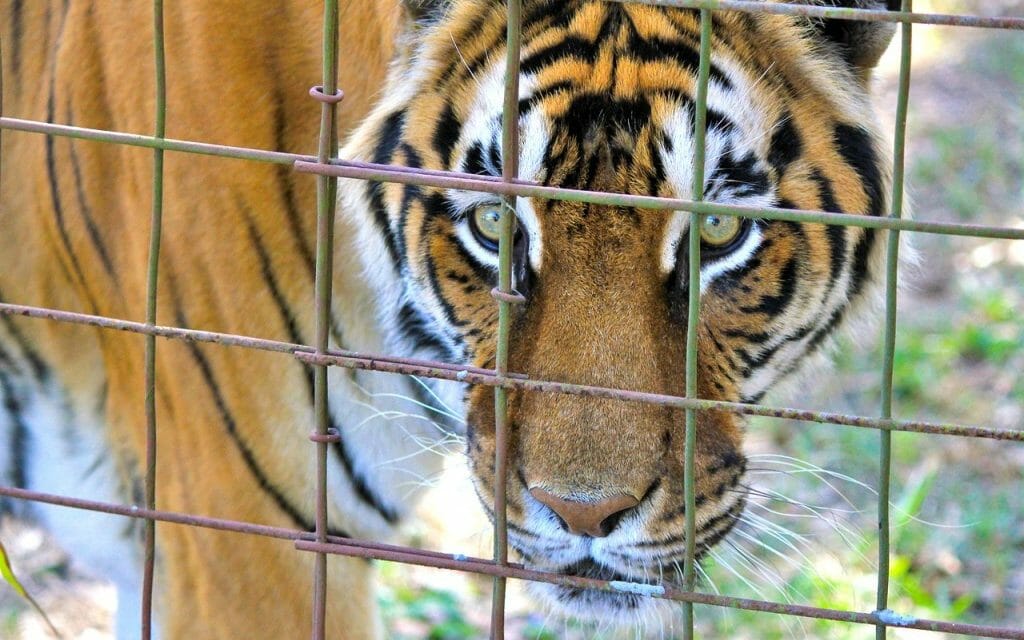 Wilson’s Wild Animal Park in Frederick County, Virginia, has closed its doors after officials from the Virginia State Police rescued around 120 animals from the premises, including camels, tigers, bears, lions, water buffalo, birds, monkeys and goats.

The office of Virginia Attorney General Mark Herring said that local authorities and animal welfare experts searched the roadside zoo and seized the animals on August 15 and 16, after a warrant was issued to investigate animal cruelty allegations.

Animal control and rescue agencies are now looking after the animals ahead of a court hearing on August 29 at the Frederick County General District Court, according to Herring’s spokesman Michael Kelly.

“Authorities did the right thing in seizing animals from Wilson’s Wild Animal Park, which, among numerous other abuses, left bears and tigers to bake alive in the hot sun, kept a highly social monkey in isolation, and packed three tigers into a cramped cage,” says PETA Foundation Director of Captive Animal Law Enforcement Brittany Peet, commenting on the raid. “We hope to see all the animals confined at this hideously shoddy roadside zoo enjoying far better lives away from Wilson’s.”

This isn’t the first time that the zoo has been accused of animal cruelty; officials have cited Wilson’s Wild Animal Park for numerous violations in the past.

The park’s website states that it is closed until further notice. However, we must ensure that this cruel roadside zoo is never allowed to open again.

Please contact Attorney General Mark Herring and urge him to permanently shut Wilson’s Wild Animal Park so that no more animals can ever be mistreated there. Email: [email protected]