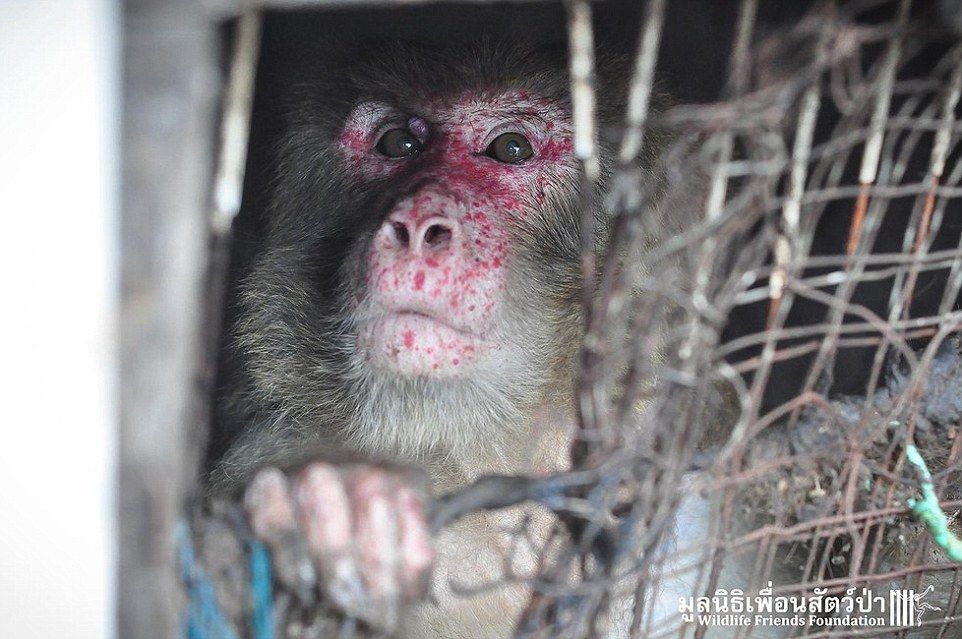 In April of 2016, Wildlife Friends Foundation Thailand rescued a monkey in Bangkok who had been trapped in a filthy cage between two buildings for 25 years.

The macaque, named Joe, was kept among trash, feces, and rats, and had such severe muscle atrophy that he was barely able to move.

“We were surprised that Joe managed to survive for 25 years in such hideous conditions,” Tom Taylor, manager of WWFT, told Lady Freethinker. “He was underweight and his ability to climb was not great, due to his movement being restricted to the small cage he was locked in, with nothing to climb on and little room to move around.” 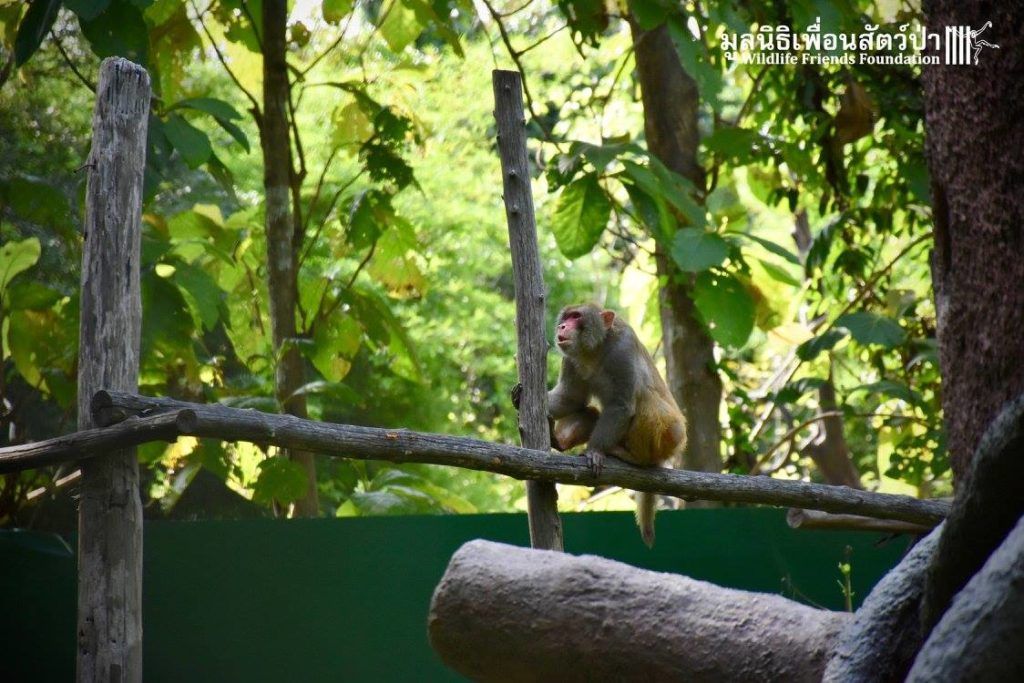 Now, after months in a solitary habitat at the WFFT sanctuary, Joe is finally out and making friends.

“Since being at WFFT both Joe’s lifestyle and health have changed drastically. He now spends his days in a large open forested grass field,” said Taylor. 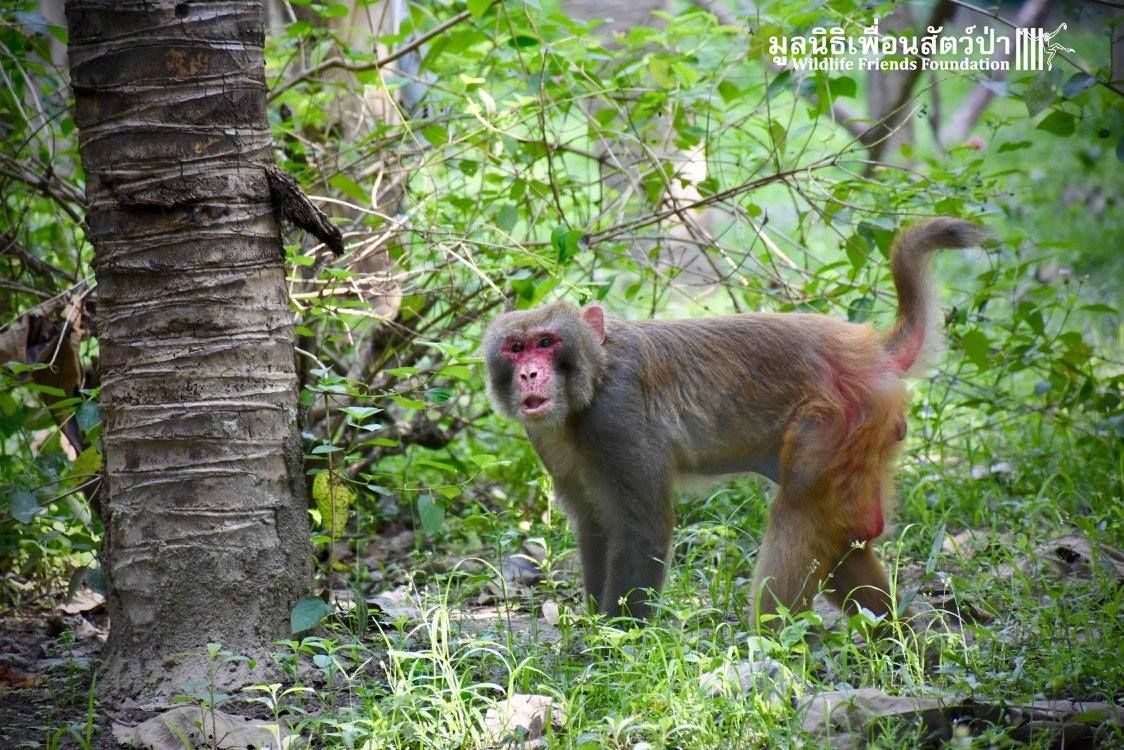 Joe spends his time climbing trees, eating, and playing with the three other elderly macaques in the field named Jaw, Rose, and Wan Jai.

“Joe has taken a particular liking to Wan Jai, another macaque within the field,” said Taylor. “They are seen exploring their new home together.” 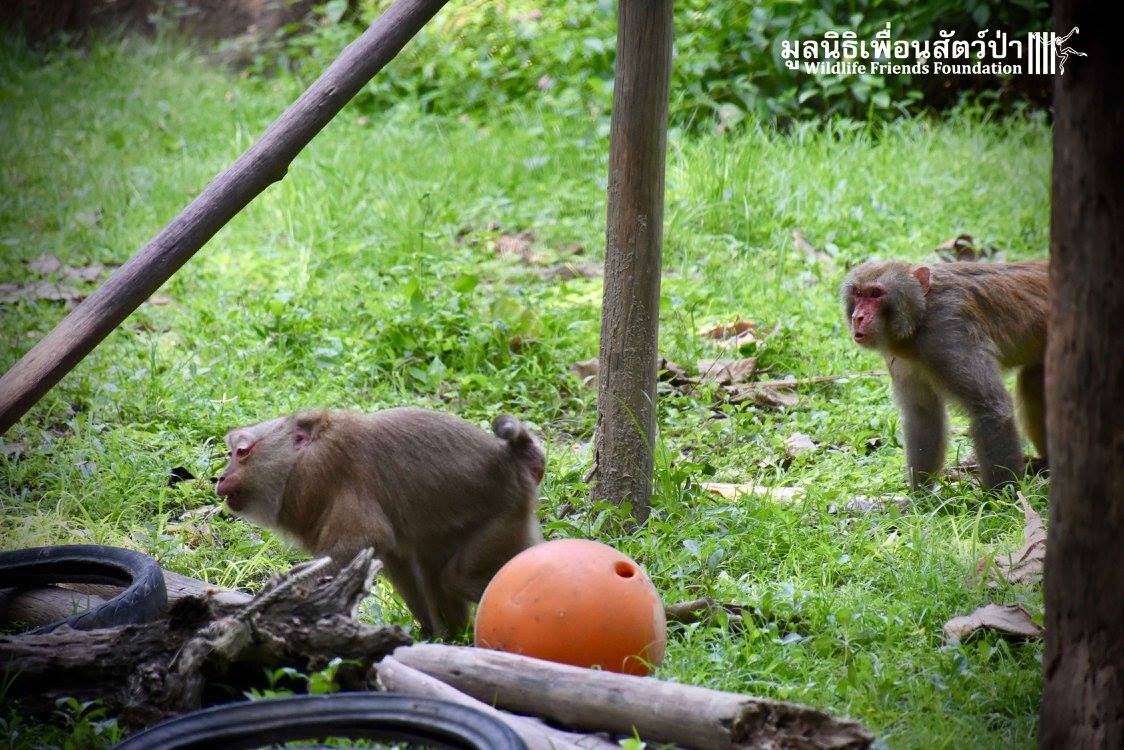 After decades of cruel imprisonment, Joe is finally getting the life he deserves. 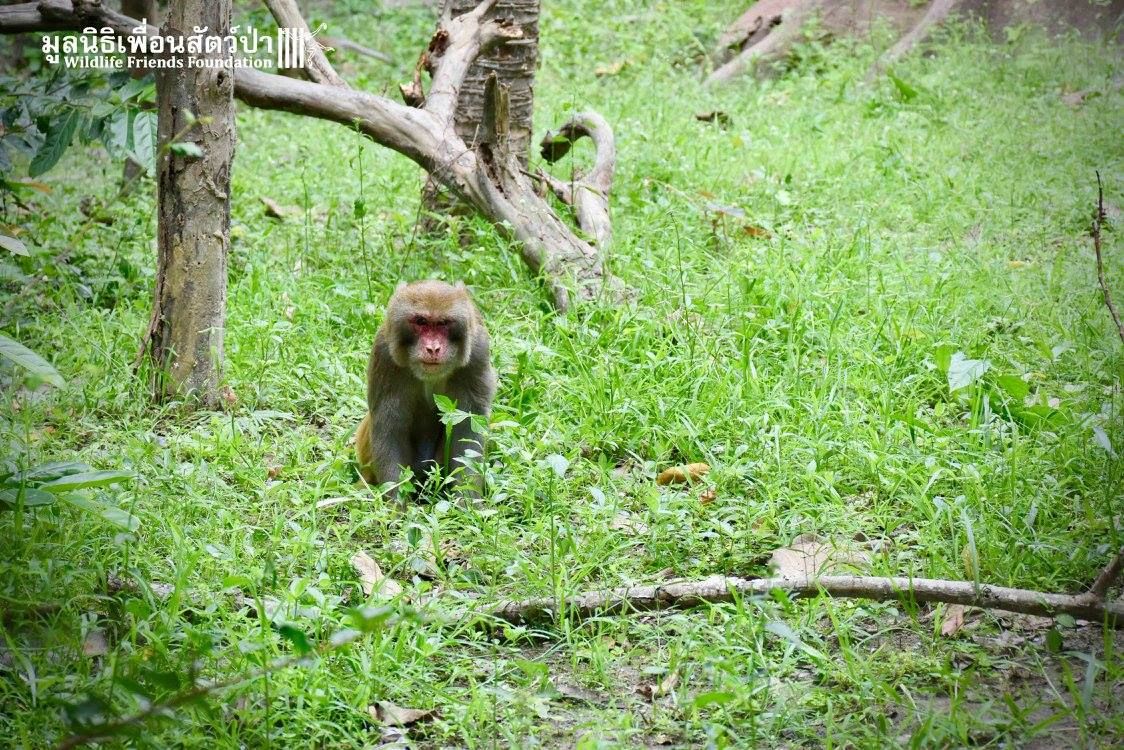 “We are so happy that Joe has been able to get a second chance at life,” said Taylor. “He is now able to behave like a macaque again.”