Meet Pepita, The Senior Shih-Tzu Who Got Her ‘Miracle’ 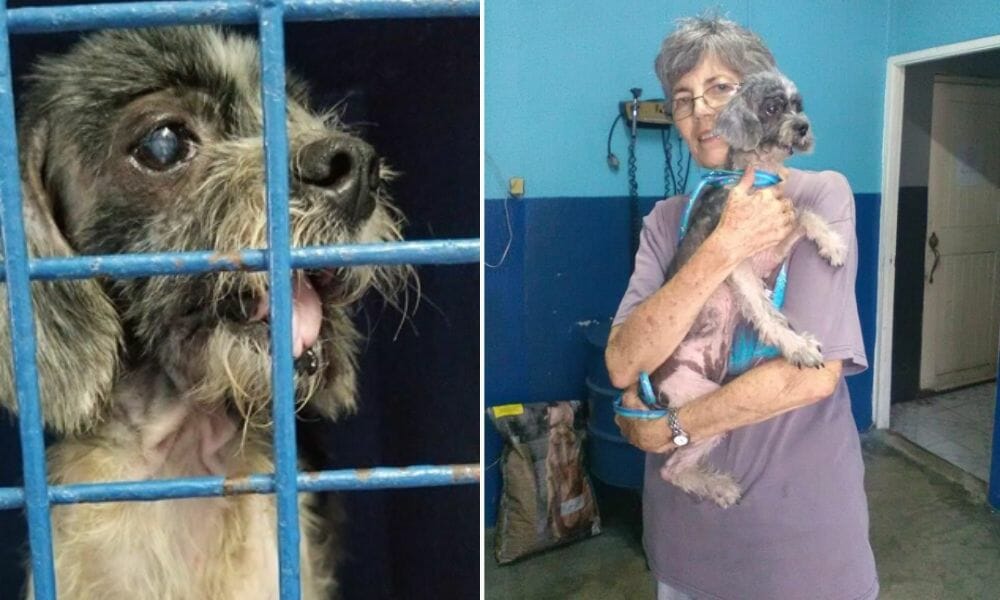 A distress call came in from a friend who had, with great difficulty and acquiring numerous bites in the process, managed to pick up an emaciated, terrified shihtzu-poodle who was running for her life in the middle of downtown Kingston traffic.

She had no money to take the dog to a vet. Neither did I. She called a mutual friend who offered (from her hospital bed) to foot the bill temporarily, but it turned out to be too costly in her situation, so I put out an appeal. An offer of help came unexpectedly from another friend who runs the Montego Bay Animal Haven, and who has her hands more than full with over 200 rescues. It was a blessing and was gratefully accepted, and plans were made to move the little dog to another vet clinic.

In the process, the vet tech who was handing her over, afraid of being bitten (admittedly the tiny creature was very ferocious), let go of her too soon and she dashed off AGAIN into oncoming traffic. Debbie rushed after her, heedless of her own safety, and the security guard went to help, using his body to stop a lane of traffic while they attempted to grab her without getting themselves run over.

Eventually, and lashing out in all directions, she was handed to the vet tech and unceremoniously thrown into the trunk of Debbie’s car! Thankfully she wasn’t hurt. 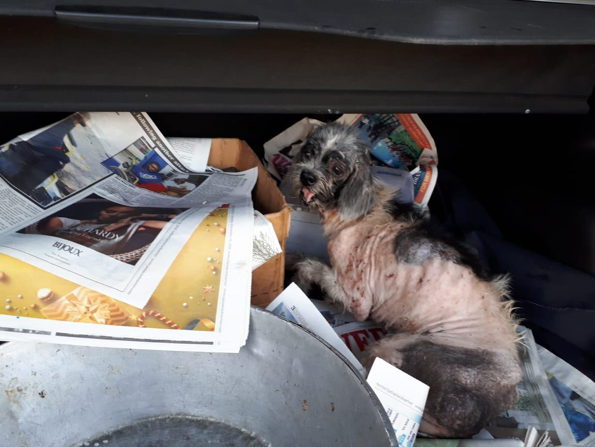 When she was finally settled in her cage at Phoenix Vet Clinic, I went to visit. The staff had dubbed her Pepita and I liked it so it stayed. Pepita was in pretty bad shape physically. Only her head boasted some tufts of charcoal-coloured fur; the rest of her body was completely bereft of hair and dotted with scabs from wounds of various sizes.

Her jaw was crooked and her little tongue was split, probably from a kick. She was extremely traumatized and very aggressive, and given half a chance would bolt again, so I had to go very slowly. 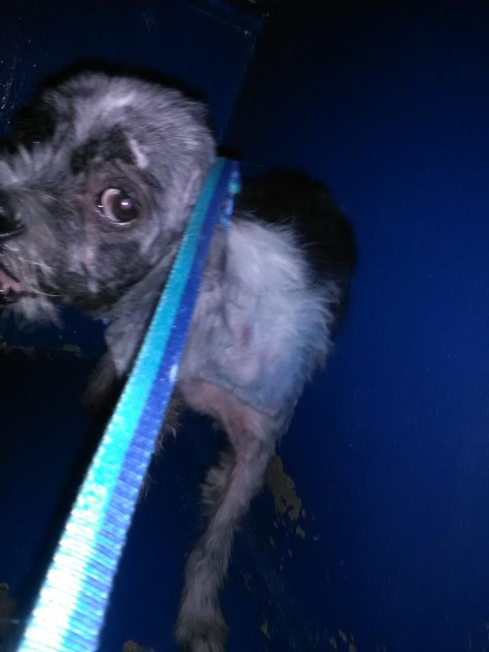 From the moment I opened the cage, she backed up and started to growl. I managed to loop a light leash over her head, so that at least I knew she couldn’t escape, and then I got out my treats – vienna sausages – which I offered at the end of a fork. She grabbed one and backed up again. Then another, a little closer this time. And so on, till she was eating the pieces of sausage near to the entrance of the cage, and my fingers were putting them on a plastic plate, so she could smell me, and associate me with nice things. 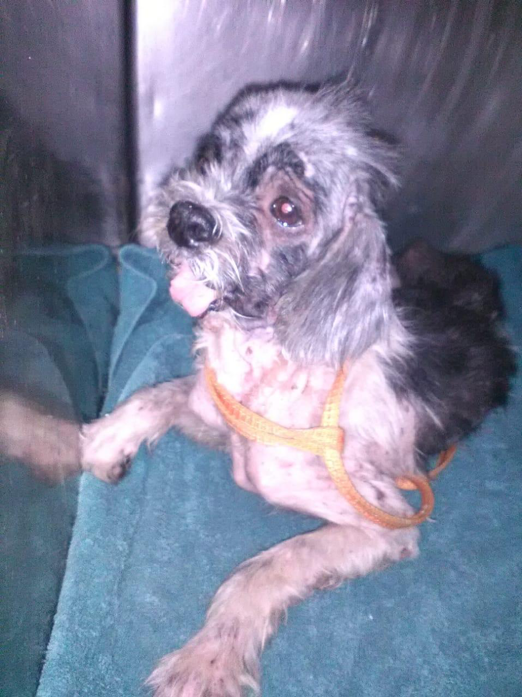 We did this the next day, and the next, and gradually she opened up, and allowed me to touch her, all the while talking to her very softly. 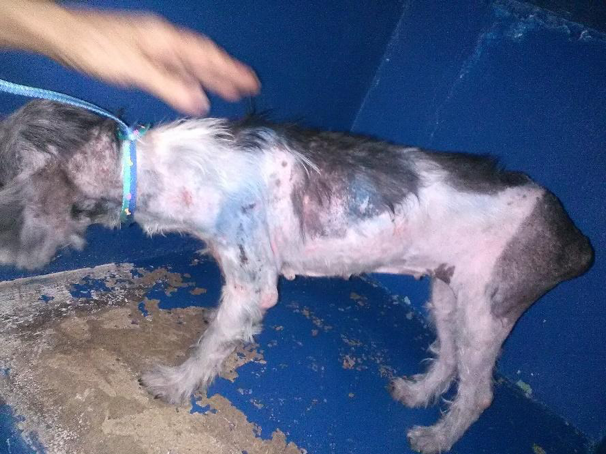 Soon I was rubbing her head and behind her ears (sausages at the ready if needed). 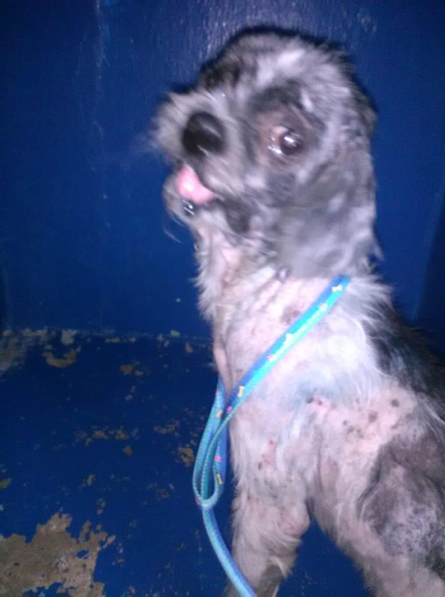 Suddenly one day she reached out and put a paw on my chest. Then it was as if she said ‘What am I doing?’ and backed away. But the next day she did it again, and then the other paw, and gently crept onto my shoulder. It was a joyous feeling, realizing that she was beginning to trust me. 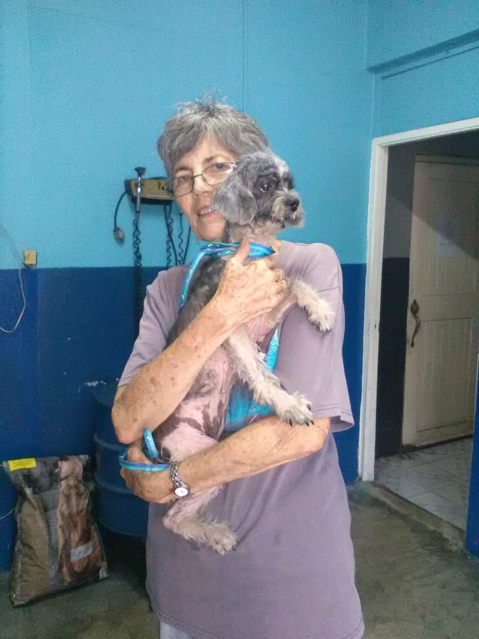 From then on we were able to go outside and from my shoulder she would survey the yard. 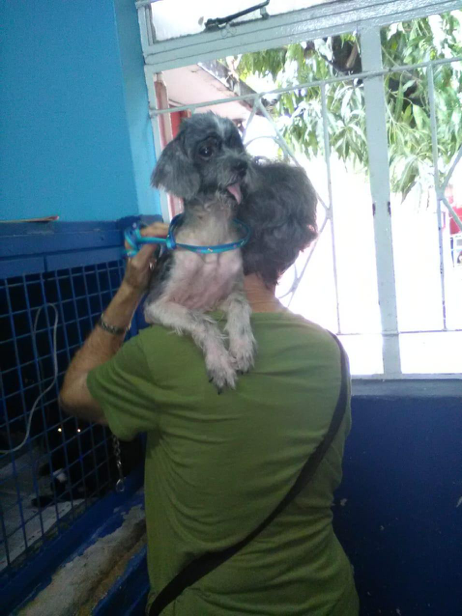 Then we would sit and look around. 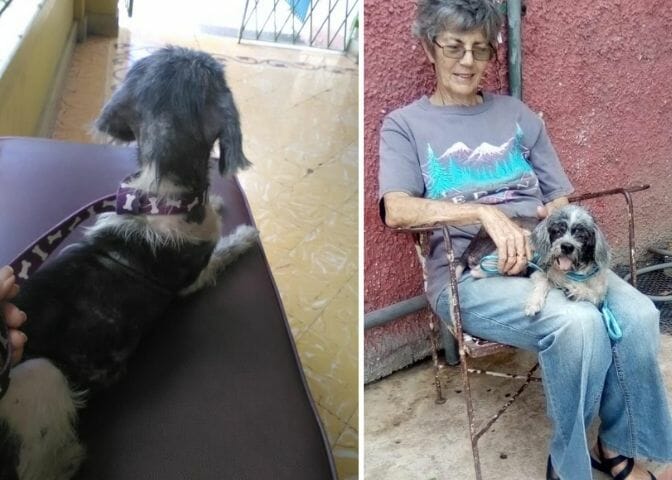 Soon she wanted to walk so off we went on my long leash, but she was still very wary of strange or loud noises, and would come back to lean against my legs and look worried. 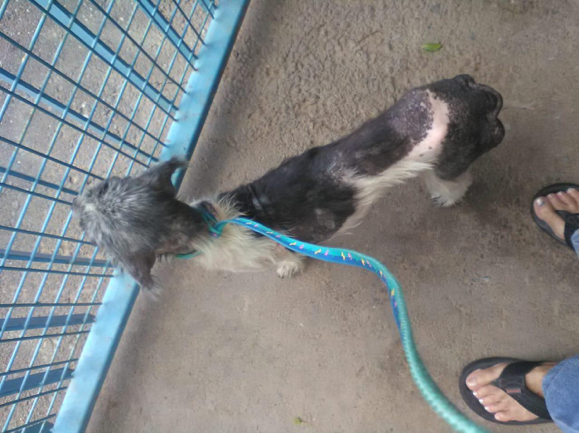 I was beginning to feel quite positive about finding her a home, till the vet mentioned to me one day as I arrived that she thought Pepita was about 12 years old – and it’s very hard to rehome an older shih tzu at the best of times. One of the vet techs said he would bring her for me. I saw him leading her in on a leash and everything was fine, till he tried to pick her up and she flew at him like a dragon. I saw the full force of her fear-aggression, and he had no luck till I told him to get a towel and throw it over her. That way he was able to get her back in her cage, and once he was out of the room she was fine again. So she definitely had a problem with men!!

I was obliged to recount this to the friend who was paying her boarding, and dreaded her reaction. She warned me that she was coming in to meet Pepita, and that in view of her age and continuing aggression, she might think it best to put her down.

I immediately put out an appeal for help and received several offers of funding for a while longer so that I could find Pepita a home, but I had to face the reality that it would be so much harder to bear if after another month I still couldn’t find a home and had to let her go. So all I could do was hope for a miracle.

The next day, Tammy came in to meet her. I am not good at goodbyes and didn’t want to be there, so I was absolutely stunned when she called me later and told me what had happened. She opened the door to the cage, Pepita put both paws on her chest, licked her face and crawled up onto her shoulder, just as she used to do with me, and all her thoughts about advanced age and aggression went flying out the window. She asked if I would mind if she took her home. My “Would I MIND? Of course not,” was barely a squeak as I was so emotional.

And so said, so done. Pepita set off with her new Mum, and travelled the couple of hours in the car like a little lamb, except for a point when she indicated that she wanted to poo. They pulled over, she chose a spot and did the deed, and hopped back into the car.

The photo says it all.

Pepita KNEW her life was about to change. 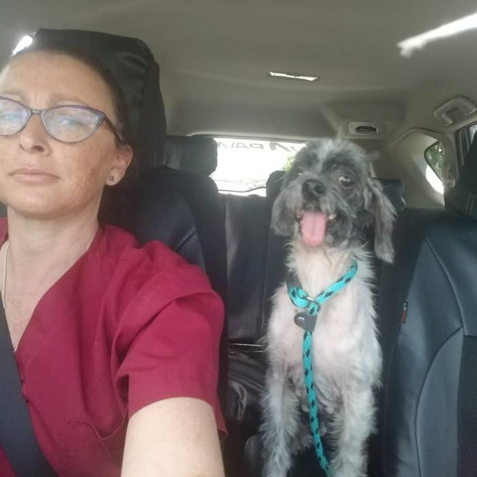 Pepita joined a family of about 7 little dogs in Tammy’s bedroom. They investigated her, apparently found her acceptable, and she wasn’t at all bothered. She ran up and down with them and seemed to have turned into a puppy again in her excitement. 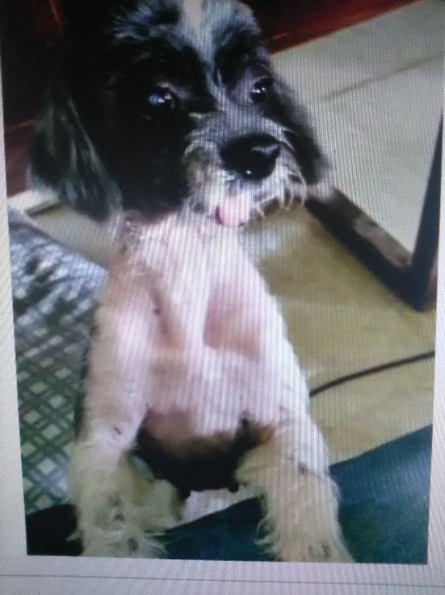 Then she was given, for probably the first time in her life, her own bed to lie down on – a lovely soft pillow. 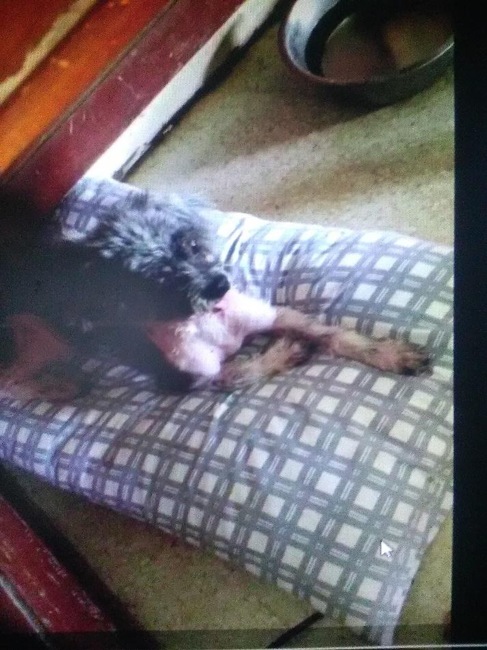 Now Pepita will spend her golden years in comfort and safety, thanks to Debbie who persevered in her rescue (and will have the scars to prove it), and Christine who did not hesitate in offering to help.

Finally, a thousand thanks to Tammy Browne who has graciously made her a part of the MBAH family (please visit the Montego Bay Animal Haven website, meet the “hooligans” and donate if you can; they do such incredible work).

I hoped for a miracle

And I got one