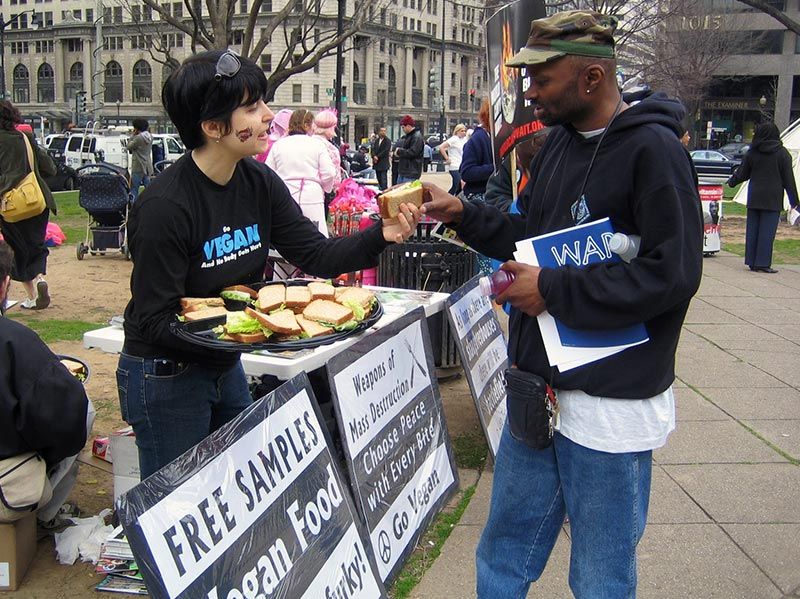 On March 20, MeatOut celebrated its 35th, and perhaps most successful, year.

MeatOut is an annual international campaign supported by the non-profit organization Compassion Over Killing. The event encourages people to explore vegan eating and learn about the benefits of a plant-based diet on personal health, the environment, and animals.

Additionally, vegan food samples are given out and restaurants are encouraged to offer vegan menu options. This year, over 100 events were held around the world by restaurants, advocates, and organizations.

To show their support for a vegan lifestyle, social media users included the hashtag #MeatOut on their posts.

COK’s Director of Outreach and Education Simone de Lima summarized MeatOut’s success in a recent press release: “MeatOut 2019 has empowered thousands to spring into action by trying vegan eating or helping others in their community to choose healthy and sustainable vegan foods — and engaging their local governments to do the same.”

MeatOut was first celebrated in 1985 and occurs on the first day of Spring every year. It has spread to over two dozen countries throughout the world, including Germany, France, Spain, and Israel, and has gained the support of numerous celebrities, including Joaquin Phoenix, Alicia Silverstone, and Bill Maher.