Home » Animals » Max the Therapy Dog Immortalized With Bronze Statue For His Work During the PandemicBy Katie Valentine | July 7, 2021 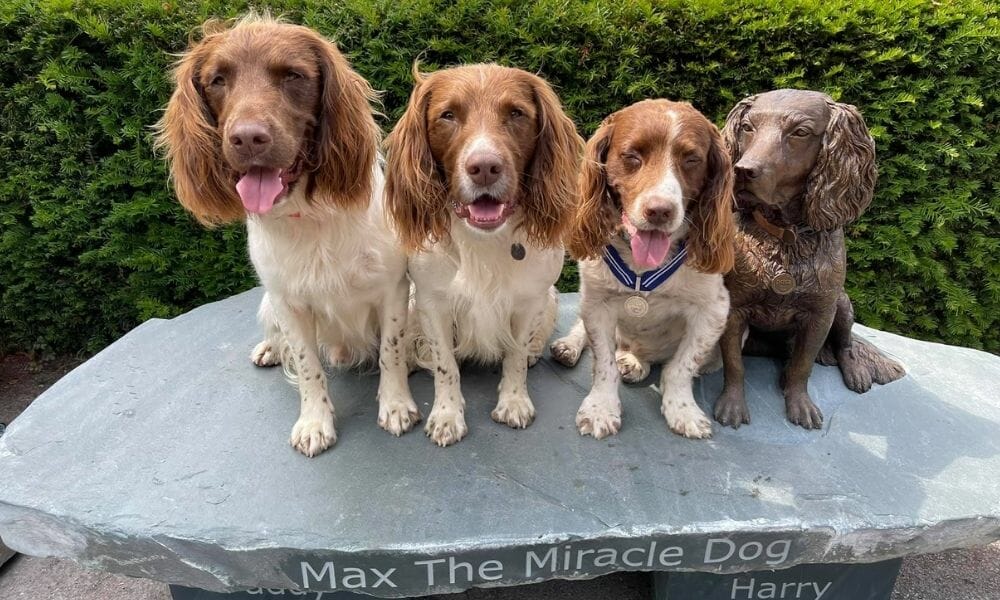 Image Credit: Facebook/Max Out in the Lake District

Max, a therapy dog who helped more than 10,000 people cope during the darkest days of the COVID-19 pandemic, is now immortalized with a bronze statue in Hope Park in his hometown of Keswick, England.

The 13-year-old English Springer Spaniel also was awarded the PDSA Order of Merit, which is the animal equivalent of the Order of the British Empire (OBE) — a prestigious award for contributions in arts, science, charity, welfare, and public service.

He is the first-ever pet to receive the award for his “outstanding contribution to society.” The award had previously been reserved for specially trained dogs working with emergency service providers.

When the coronavirus brought life to a screeching halt last year, Max provided virtual therapy to people as far away as Australia via Facebook Live. Irving broadcast the dog’s daily walks, bringing comfort to those who struggled with depression and isolation during lockdown.

“Hope Park is the perfect location as Max has brought hope to so many people,” Irving  told Yahoo News.

A crowdfunding campaign that generated more than £26,000 in donations in a single day funded the statue, designed by local sculptor Kirsty Armstrong.

Since then, Max has helped raise hundreds of thousands of dollars for charities and has met more than 10,000 people through meet-and-greets, school visits, charity walks, and other appearances.

“It was amazing to see the joy on people’s faces when the statue was unveiled,” Irving said. “It’s incredible that our little boy, proudly wearing his PDSA Order of Merit, will now be sat there and remembered for generations to come.”