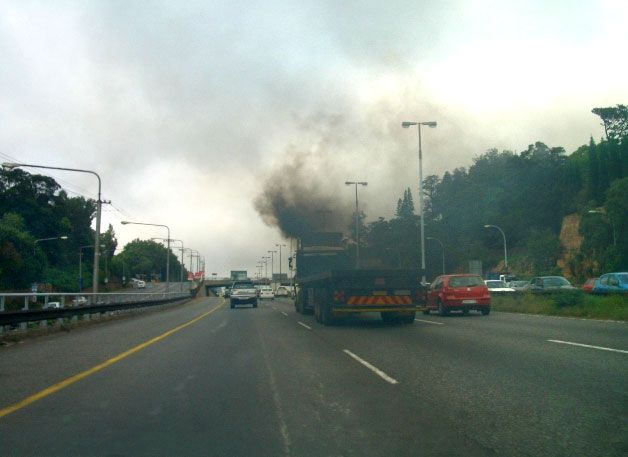 The air may soon get a little fresher in Maryland. On Thursday, a forum testified in support of a bill banning “Rolling Coal,” which is the practice of tampering with the diesel vehicle emission controls to create clouds of black smoke.

The Diesel Technology Forum testified before the Maryland General Assembly House Environment and Transportation Committee in support of House Bill 11, which would prohibit the toxic practice.

“(Rolling coal) is not representative of the manner in which diesel engines were designed to operate,” said Ezra Finkin, Director of Policy of The Diesel Technology Forum in his testimony.

Finkin said the practice is “offensive, unsafe and harmful to the environment.”

The practice is popular among diesel truck enthusiasts — according to the New York Times, some drivers refer to the thick clouds of smoke as “Prius Repellent.” Truck drivers will intentionally use the clouds of smoke to harass cyclists, pedestrians and hybrid car drivers. The practice originated from truck pulls, which is an event where pickup trucks compete to pull heavy sleds the farthest.

While Finkin said that diesel is a cleaner fuel with less emissions, research shows that the environmental impact of diesel versus petrol is relatively the same — and diesel may be even more damaging because the fuel emits high levels of the air pollutant nitrogen dioxide (NOₓ). According to the EPA, NOₓ can cause serious respiratory problems.

In 2015, New Jersey became the first state to pass legislation prohibiting rolling coal, sticking violators with a fine of up to $5,000.

We’ve got a long way to go towards eliminating fossil fuels altogether — but more states creating legislation to ban rolling coal are steps in the right direction.