Marineland Teaching Orca to ‘Speak’ Only Highlights the Cruelty of Captivity 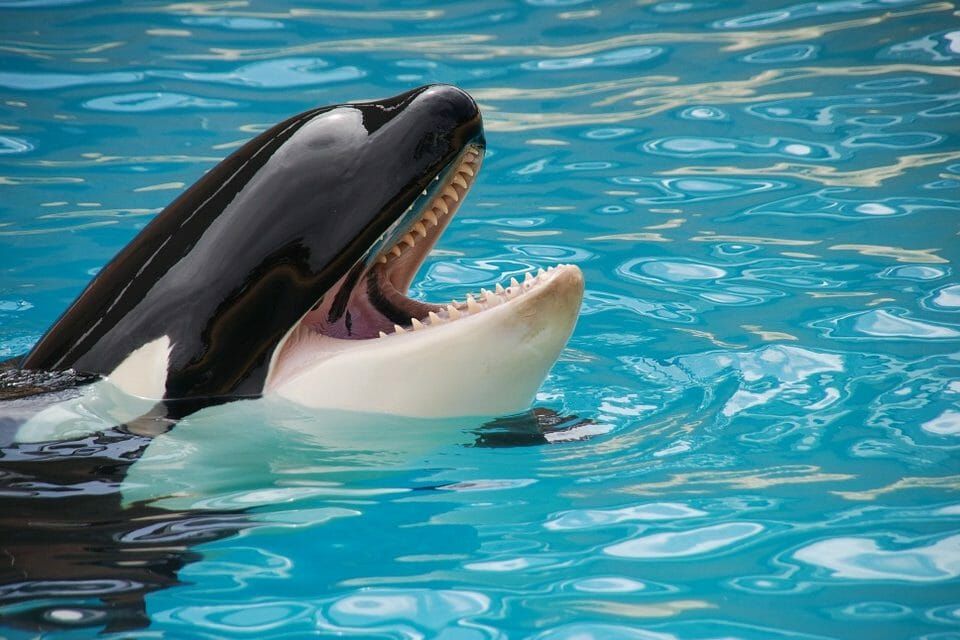 Wikie the orca made international waves last week week when the world heard her successfully mimicking human speech. Marineland – the amusement park in Antibes, France where 16-year-old Wikie lives – announced the news with a splash that got the whole world talking, too. Wikie’s big reveal was the result of a paper published last week in Proceedings of the Royal Society B detailing the findings of a group of researchers who had been working with Wikie to study the importance of social learning for orcas.

In this recording published by The Guardian, Wikie can be heard saying “hello,” “bye bye,” and counting to three. Wikie can also say “Amy,” the name of her trainer. She blows raspberries and makes cheerful-sounding pops. This is the sort of stuff that makes morning talk show hosts giddy. At first, the Internet rejoiced.

But are Wikie’s words a cause for celebration, or a cry for help? It would be nice to think that Wikie’s “speech” is evidence of a newfound connection between whale and human, but does it benefit her as much as it benefits her human owners? Orcas have their own methods of communication in a language humans cannot understand; and while this study does prove how intelligent orcas are, it doesn’t give Wikie the tools to communicate anything her captors don’t want us to hear. Carried out within the confines of a marine park, the nature of the study highlights the cruelty of Wikie’s captivity, even if the handful of human words she’s learned cannot.

“How deeply ironic that this research, which speaks volumes of the emotional intelligence of orcas, was conducted in a marine park’s cement cell, where they’re imprisoned and denied everything that’s natural and important to them in order to make money from tourists,” said PETA Director Elisa Allen. “If we had the intelligence to understand her own sophisticated language, we would hear her calling to be free.”

Alongside PETA, other animal rights organizations such as the Earth Island Institute, World Animal Protection, and Human Society International all issued statements condemning the study and calling for an end to captivity.

Since 1961, at least 156 orcas have been taken into captivity. Right now, according to Whale and Dolphin Conservation, there are 60 held in captivity worldwide. The news of Wikie’s “speaking human” is the latest to highlight the inhumane treatment of killer whales being kept from their natural surroundings.

Just last year, Tilikum, the orca who inspired the documentary “Blackfish,” died after decades of cruel confinement at SeaWorld. Perhaps one day orcas will learn enough vocabulary to condemn their captivity and the ongoing degradation of the wild habitats they used to call home.