March is ‘Adopt A Rescued Guinea Pig’ Month! Here’s What You Should Know 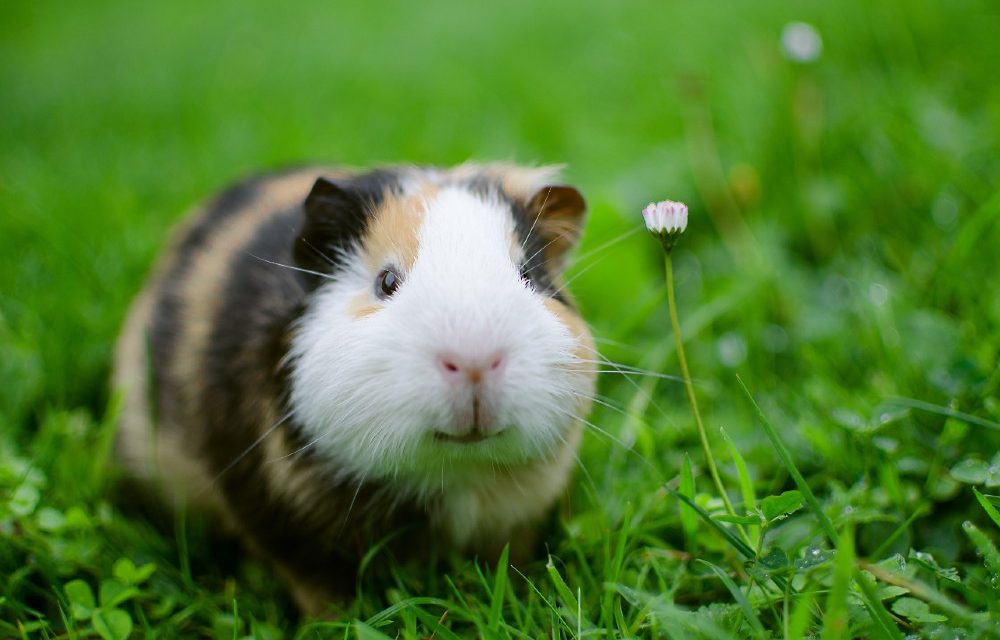 Guinea pigs are among the sweetest and most sociable of companion animals.

But the combination of their cuteness – their big eyes, soft fur, and characteristic whooping when they’re excited – and low price tags often leads to spontaneous purchases at pet stores nationwide, which in turn has led to shelters and online platforms being overrun with surrendered animals or animals in need of new homes.

March is “Adopt a Rescued Guinea Pig” month, so proclaimed to raise awareness about the plight of the South American animals by Julie Morris, the ASPCA Senior Vice President for National Shelter Outreach.

“The idea behind the celebration month is to encourage future adopters to think of shelters and rescue groups first,” she said.

While guinea pigs – also known as cavies – may look clean and well cared for in pet shop windows, the reality of the conditions in which they are bred can be horrific.

A Lady Freethinker investigation into USDA-licensed small animal breeding facilities in Pennsylvania revealed that 44 breeders were cited by inspectors for noncompliances with the federal Animal Welfare Act over a single-year period, with violations including animals living in feces-matted cages without access to clean food or water, dozens of animals going with untreated medical conditions including masses and open wounds, and overcrowded enclosures where newborn guinea pigs were left to be trampled to death by adults. While we couldn’t verify through public records requests where these animals were ultimately headed, breeders will frequently sell guinea pigs to pet stores and research laboratories.

The abandonment of purchased guinea pigs has gotten so bad in New York City that the city council is currently considering legislation that would prohibit all pet stores within city limits from selling the animals.

Before we continue with resources on how to adopt one of these amazing animals, we’d like to remind everyone that the first step in considering adding an animal to your home is to always make 100 percent sure that you are able and willing to care for the animal, for the entire course of his or her life.

Guinea pigs typically live for five to seven years, but it’s not uncommon for them to live for up to eight years, and the oldest-known guinea pig lived to be 15!

Their optimal diet is 80 percent hay (timothy hay is the most common kind) and 20 percent guinea pig-specific pellets, veggies, and fruit. Leafy greens are best, and pet parents should avoid iceberg lettuce and provide only a very small amount of fruit, which is high in sugar and not ideal for cavies. A variety of veggies, especially green peppers, each day will help your guinea pig get needed Vitamin C. The animals also are strict herbivores, so please stay away from any commercial treats that may contain yogurt or other dairy products!

They will need a secure enclosure to keep them safe for when you’re not home, and please keep in mind that guinea pigs will need larger enclosures than you may see in pet stores to be optimally happy and healthy. They also like to explore! It’s a good idea to invest in a guinea pig “play pen” or to schedule time when they can be out of their enclosure – with your supervision, of course! Guinea pigs do like to chew, and they may chew on cords, furniture, or even your walls if you are not watching them! They also love to go outside, but make sure that you always supervise them and keep them contained in a secure play pen so that they don’t become startled and run off or fall victim to any prowling animals.

As social animals, they do like to be handled and pet, but please make sure you learn the proper way to support them, and especially if you have small children, that all handling is done gently! Cavies generally won’t bite unless they are provoked or feel like they are in danger.

A SUPER IMPORTANT NOTE: Giving birth also can be fatally dangerous for older female cavies, whose pelvic bones fuse more tightly after 8 months of age and can make birthing the babies naturally impossible. Guinea pigs also generally don’t do well under anesthesia, so an emergency C-section to remove the babies – in addition to costing hundreds of dollars –  also could result in your pet’s death if she does not wake up or recover well.

Other routine care protocols include brushing your cavy at least once a week to remove shedding and clipping their nails at least once a month, or more frequently if needed, with either human nail clippers or clippers for cats also work.

If you have the funds for an enclosure, toys, food, bedding, and vet bills, and the time to cuddle a companion cavy and even teach him or her some tricks, then here are some fantastic places you can start your search:

If you’re not ready or able to adopt a guinea pig, you can still help them with these action steps!