In a reminder that both humans and animals are affected by the wake of Hurricane Harvey, a dog was spotted walking down the road in Sinton, Texas carrying a large bag of food in his mouth.

According to Tiele Dockins, who posted the photo on Facebook, the dog — named Otis — was soon reunited with his owner. But many others are not so lucky.

Organizations like Houston SPCA and Austin Pets Alive! are on the ground saving lives, and they are asking for help supplying the funds, foster homes and supplies they need to care for the hundreds of animals filling their shelters. Likewise, the American Red Cross is requesting support in their massive hurricane relief efforts for humans. 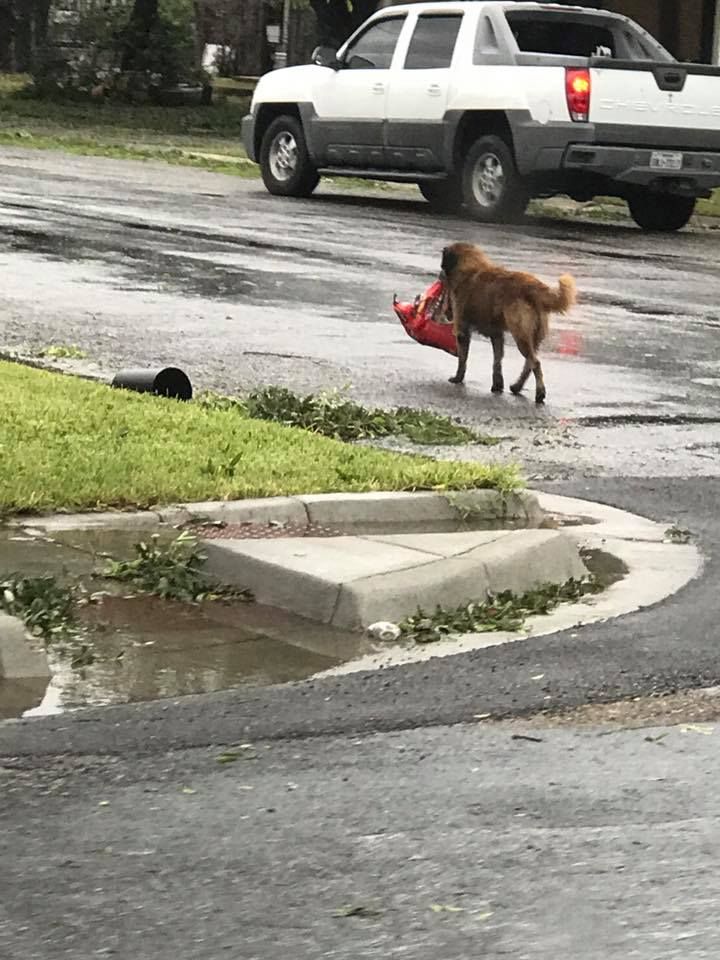 Thankfully, Otis did not become another animal rendered homeless — or killed — by the flooding. In any emergency like Hurricane Harvey, both humans and animals have their lives turned upside-down.