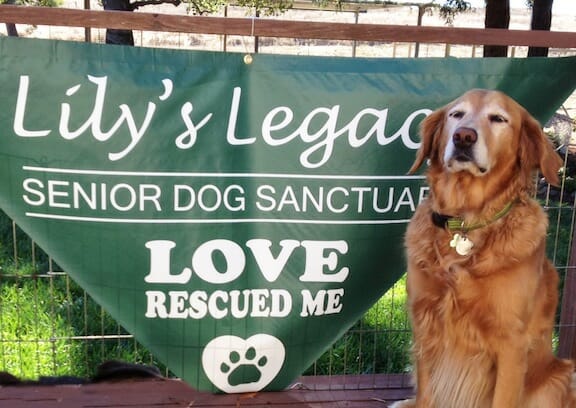 Lily, a 14-year-old golden retriever found wandering the streets of Santa Rosa with a host of medical problems, eked her way into the heart and home of Sanctuary Founder Alice Mayne in 2007.

Mayne had been rescuing dogs for more than a decade at that point, but she said the scrawny senior had “a special nature of peace, gentleness, and love that immediately surrounded all who met her.”

The duo weathered a tumor on Lily’s eyelid and a bout with canine bloat on Christmas. Lily recuperated from the surgery but then developed a blood disorder in February.

The time had come for Mayne to say goodbye — which she did, with gratitude for the love and grace that Lily had brought into her life in the four short months she had known her.

Lily’s story could have ended there.

“I had retired,” Mayne said. “I had grandchildren. I had other plans. Then she showed up, and it was like getting hit over the head with a baseball bat that this was what I was supposed to do.”

Lily’s Legacy Senior Dog Rescue, established in 2009, re- located in 2015 to five acres that can house up to 20 dogs at a time. The organization’s mission is to ensure senior dogs will live out the rest of their lives as well-loved companions in adoptive homes, foster homes, or as life-long residents at the sanctuary, with a goal of rescuing up to 150 dogs a year.  .

When asked why she chose to focus on elderly, large-breed dogs, Mayne offered one word: “Lily.”

But the organization’s website also points to the estimated 670,000 shelter dogs euthanized each year in the United States, with large breed seniors among the least likely to be adopted and at the highest risk for euthanasia.

Mayne told Lady Freethinker that of the thousands of dog rescues and shelters nationwide, only about 40 of them focus on senior dogs.

“Senior dogs need a lot of help,” she said. “And they’re not getting their fair share of public education or funds.”

Three separate on-site buildings house the sanctuary’s canine companions. There’s the house where Mayne and another full-time caretaker live on site with the dogs who have become permanent residents for either behavioral or health reasons.

There’s also the “bunkhouse” — a converted garage that serves dogs recovering from surgeries or sickness — and a main barn converted into a home-like environment, with direct access to individual fenced areas outside and furniture, rugs, dog beds, and blankets inside. 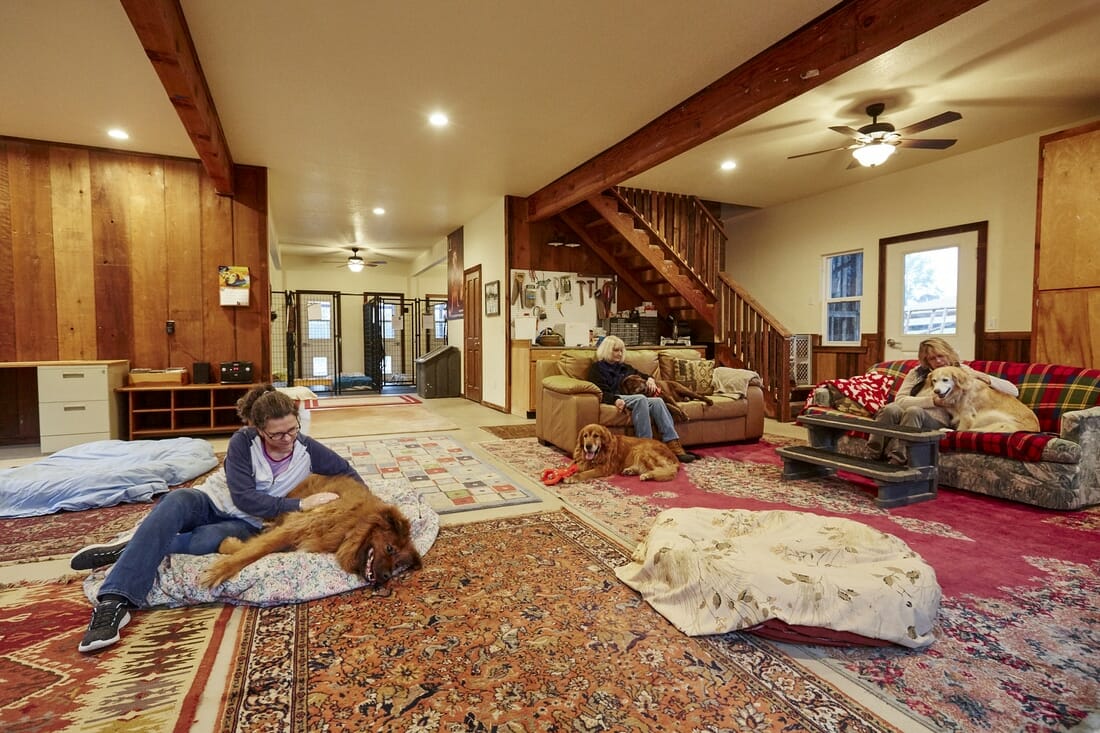 A dedicated team of about 40 core volunteers help with the daily feedings, walkings, and property maintenance, while Mayne spends her days applying for grants, handling the business-side of operations, and attending to the animals’ medical needs.

Treatments have included hip and knee replacements, cataract surgeries, and even chemotherapy appointments for a small number of dogs with cancer — the last of which Mayne undertakes only rarely, as the physical toll on dogs isn’t always worth the short extensions on life they get, she said.

While many of the dogs rebound with the love, good nutrition, and care of her staff for longer than diagnosed, Mayne said that caring for older dogs does also mean dealing with death.

She’s able to handle that reality by staying focused on rescuing the dogs who need her.

“I’m the kind of person where when I lose a dog, I get another dog right away,” she said. “It’s mental gymnastics to get your head and heart aligned, because you’re broken-hearted. But you know that you did everything you could to give that dog a good end of life. I think the dogs would want me to rescue another dog, because there are so many that need help.”

One such dog is Faraday, a once bedraggled senior found roaming a California vineyard who was picked up by a caring couple that passed by. A vet exam showed Faraday had dilated cardiomyopathy (DCM) and atrial fibrillation — heart conditions that required specialized care.

The couple took Faraday to Lily’s, who found him a loving foster home where he made many friends — including a 4-year-old girl who adored him, Mayne said. Faraday also wracked up fans, some from as far away as Australia, as the rescue shared his story in “Fridays with Faraday” posts on Instagram and Facebook.

Lily’s also created a special book detailing the dog’s epic journey — all proceeds of which go into a special account for hospice dogs.

Despite a stroke, and a second vet opinion upon intake that said Faraday only had a few months to live, the much loved dog recently celebrated Week 89 of his saga as a “Lily’s pup” on May 21.

Mayne said that caring exclusively for senior dogs has taught her a lot about gratitude. Her dogs also have held important lessons for those who have adopted them, particularly for families with young children, she added. 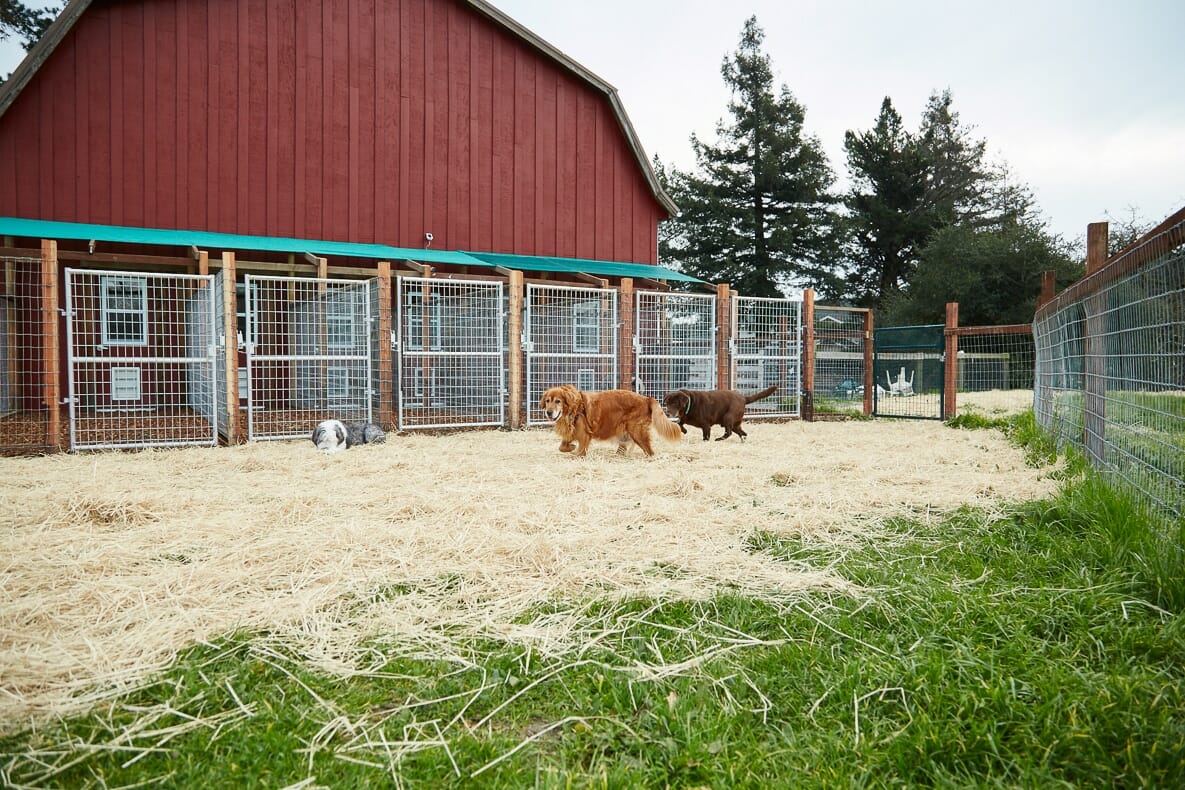 Mayne and 21 other rescues this year also are gearing up for Senior Dog Week in October, a coordinated effort to raise awareness about the beauty of senior dogs as a first choice for adoption — they don’t generally need to be house trained, and they won’t generally tear up property or chew on things — just in time for “Adopt a Senior Pet” month in November.

The online efforts also raise funds, which are split equally between the participating rescues to continue their missions. About 25 percent of the total funds also go into a grant fund for other senior dog rescues, Mayne said.

All the nonprofit’s work wouldn’t have been possible without that momentous encounter years ago with Lily, the gentle golden retriever who paved the way.

“Your support of all the Lilys that come after her is a gift of love to these dear dogs who trust us so completely and, in return, give us the ultimate in unconditional love,” Mayne wrote on the nonprofit’s website.

To learn more or to support Lily’s Legacy Senior Dog Rescue in their mission to save senior dogs and give them the peaceful lives they deserve, visit the nonprofit’s website here. 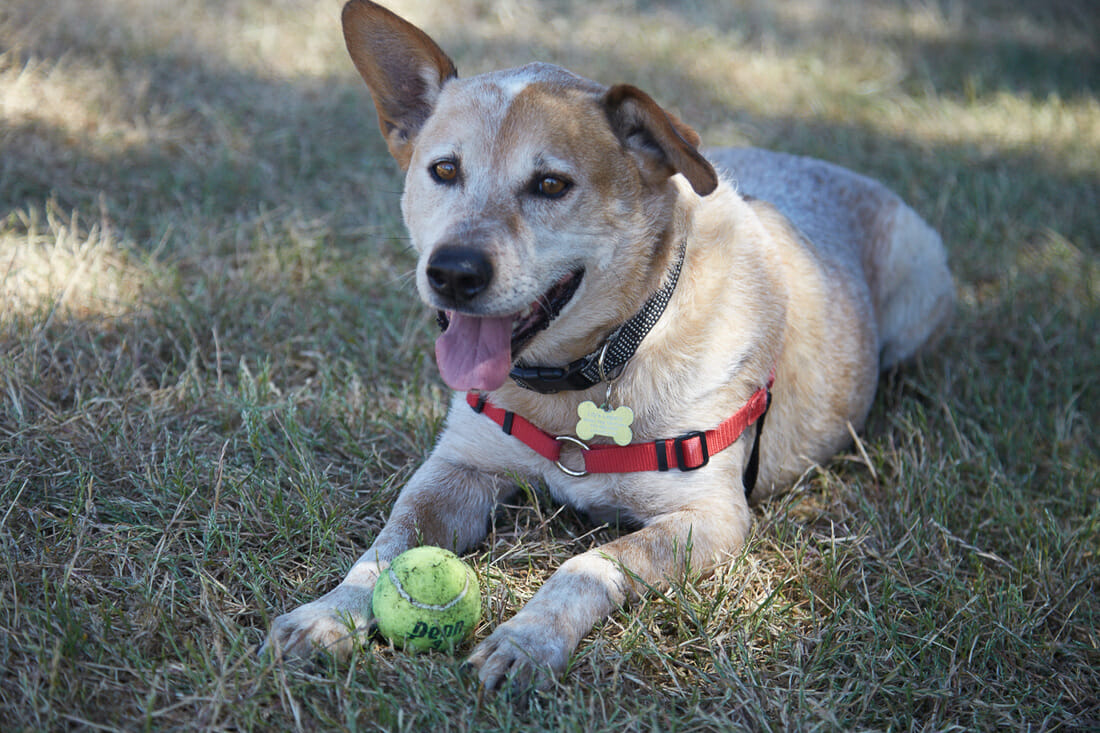