Dog meat traders in Mali are turning to a new, cruelty-free means of sustenance, thanks to the efforts of local activists with funding from Lady Freethinker (LFT).

In what will save thousands of dogs from slaughter, 37 dog meat sellers are giving up the trade to make a living growing crops, with on-the-ground assistance from LFT’s local partner, nonprofit ARAF-Plateau Dogon.

“We applaud the courage and determination of the activists and former dog meat traders,” said LFT President Nina Jackel. “This is a huge step toward ending the dog meat trade in the region and creating sustainable, long-lasting change.”

The former dog meat dealers will also become ambassadors for the dogs, helping to raise awareness and speaking out against animal cruelty. 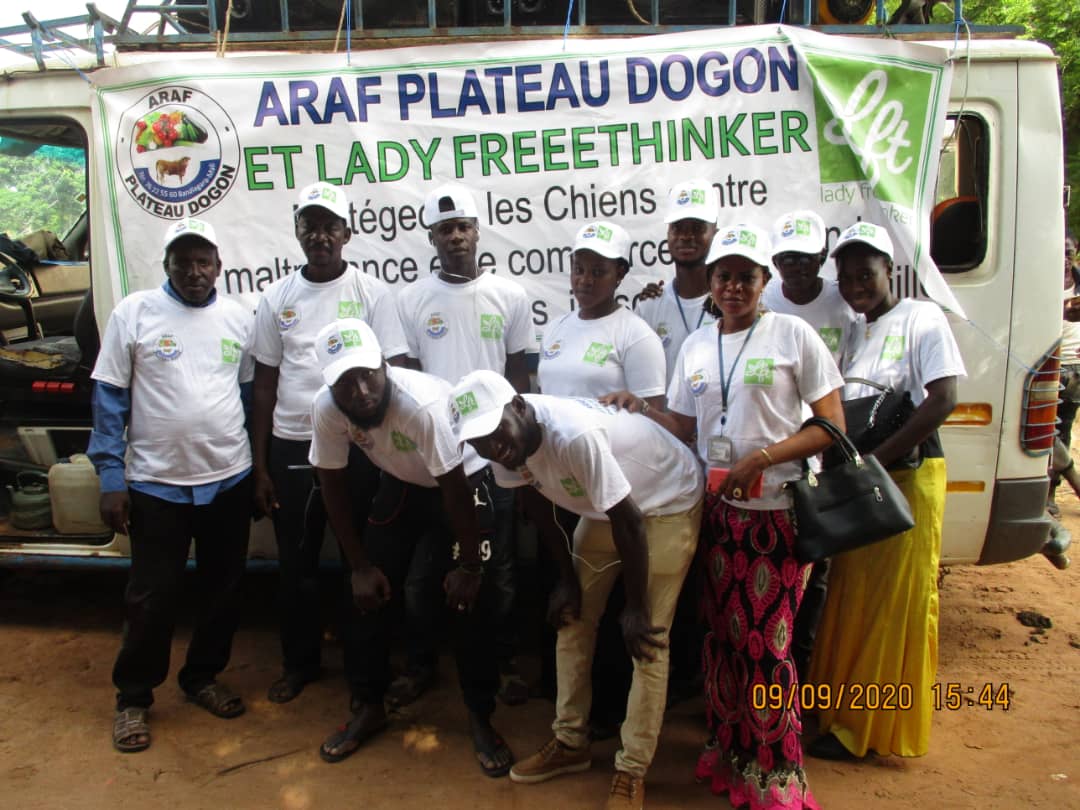 Mali has seen a surge in the underground dog meat trade in recent years, as residents are desperate to make a living and feed their families. Dogs are rounded up from villages — either taken off the streets or procured from caretakers who don’t want them anymore — and forced to walk over rough terrain while chained together for days without food or water or transported on motorbike. They are then bludgeoned with sticks and roasted over a fire.

Many people in Mali don’t even realize they’re buying and eating dog meat, as sellers often lie to customers about the origin of the meat.

The recent rise in the trade has its roots in a growing Malian population and lack of access to adequate food sources, due in part to climate change-related effects, according to ARAF-Plateau Dogon.

This effort is part of a broader initiative to end the dog meat trade in the Segou region of Mali, where more than 300 dogs are killed each day for their meat. In addition to working with dog meat traders, activists are traveling to villages to speak out for kindness and compassion to dogs.