Home » Animals » Cats » Kitten and Dog Friends Should Inspire Humans to Get Past Our DifferencesBy Anna Dement | September 6, 2016

We’ve all heard the saying that a dog is a man’s best friend, but can the same be said for a kitten?  In the case of Koda, yes. Koda is a five-month-old kitten who recently joined a Canadian family who also owns Jessie, a three-year-old Australian Labradoodle. 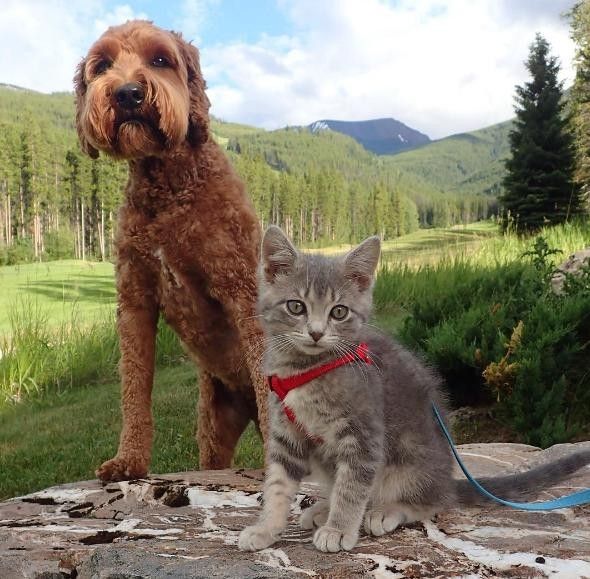 According to owner Emily Aubrecht, “Jessie instantly became attached to Koda – she must have thought he was her baby.” 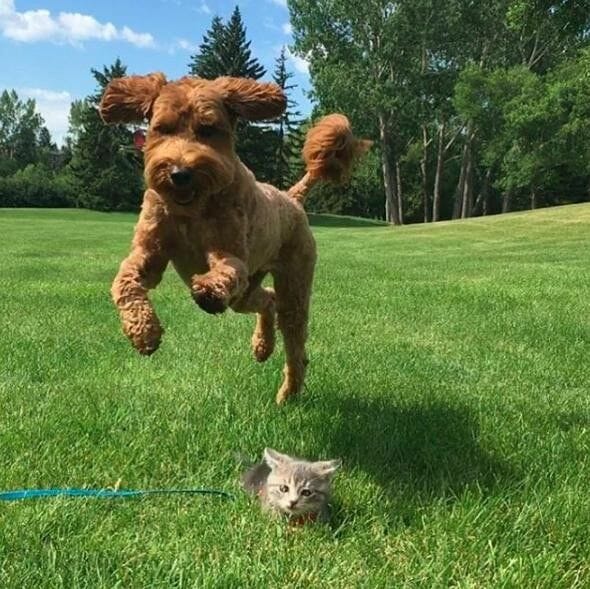 The two pets perfectly complement each other’s personalities. Jessie is a calm, friendly and easygoing dog while Koda is very young and energetic. They both love the outdoors; Jessie will swim, while Koda stays close by and will hitch a ride on Jessie’s back in the Canadian wildness. 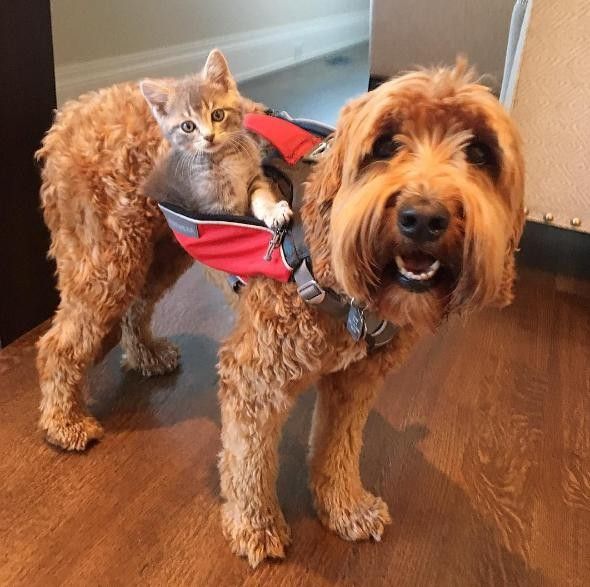 Said Aubrecht of Jessie and Koda’s partnership, “their relationship is very unique, as most dogs and cats do not act this way towards each other, very friendly and playful.”

Koda has reenergized Jessie in his older age, and he in turn helps guide the young Koda into adulthood.

Koda and Jessie’s story exploded on the internet when Aubrecht posted images and commentary of her pets. Her plan is to continue to share more stories and pics of Koda and Jessie during their adventures in the Canadian wild. Check out wideopenpets.com and www.youtube.com for more on these furry companions.