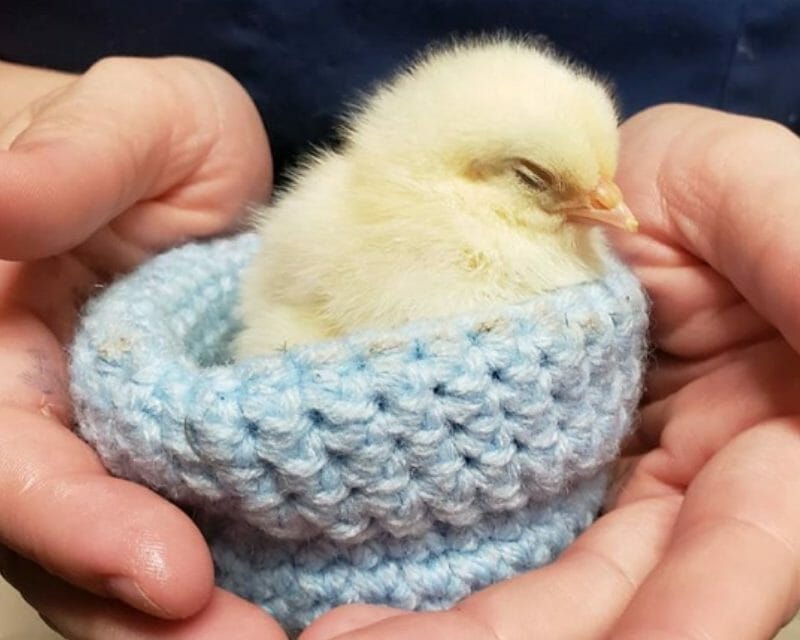 Every spring, thousands of hatchlings end up at the Carolina Waterfowl Rescue in Indian Trail, North Carolina, due to fallen nests, predators or their mothers abandoning them.

Caring for the hatchlings and keeping them comfortable is a lot of work, with the sanctuary expecting to help around 3,000 baby birds this season.

In March, employees reached out to the public on Facebook and asked for donations of knitted nests to accommodate the predicted influx of chicks. People around the world were thrilled to help, and mailed in thousands of nests!

“It’s been an amazing outreach activity,” stated Jennifer Gordon, the center’s founder and director, in an interview with CNN. “People really enjoy doing them, and we get all of these notes with these wonderful stories along with the nests.”

Nests have arrived at the sanctuary from as far away as Canada and Japan, where one man even started a knitting group for the express purpose of crafting nests for the rescue effort.

The soft knitted nests help hatchlings grow properly by providing the necessary support for their fragile legs and bodies, as hard surfaces would force the baby birds to lie in awkward and unnatural positions. The nests also provide warmth and allow foster chicks to cuddle together.

A post shared by Carolina Waterfowl Rescue (@waterfowlrescue) on May 1, 2019 at 9:14am PDT

Receiving the nests frees up precious time and resources for the staff, enabling them to better keep up with the never-ending demands of running a rescue, which include feeding the baby birds every 15 minutes.

The center has now received so many nests, it has started donating some to other animal rescue organizations, which are benefiting from the surplus by using them as pouches for newborn animals such as kittens and baby possums. The rescue workers are incredibly grateful ­­– there’s no such thing as too many nests!