Judge Orders Cruel German Research Lab to Give Up All Animals 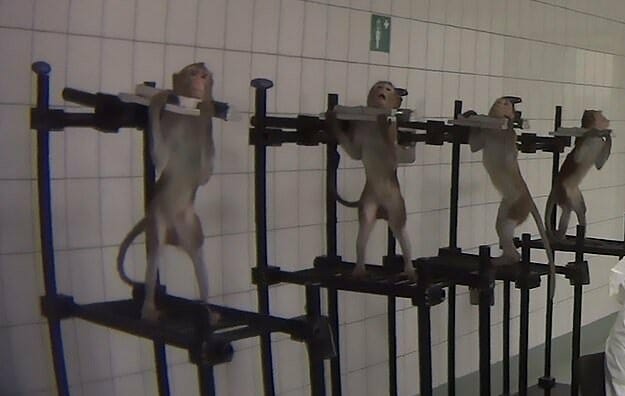 A cruel German laboratory, which conducted horrendous acts of animal abuse, has finally been closed down and ordered to hand over all the animals still being held captive at the inhumane facility within the next two weeks.

The facility used monkeys, dogs, cats and rabbits to carry out barbaric animal testing for pharmaceutical companies. CFI’s video revealed terrified monkeys screaming out in pain and hanging by their necks via metal harnesses and injured dogs left to suffer in puddles of their own urine and blood.

While 80 dogs and 49 cats have been rescued and rehomed, 96 dogs remain on the premises, and the lab has been given a two-week deadline in which to hand over the remaining animals to suitable third-party organizations.

“We are delighted that the authorities have taken action to close this site,” said CFI’s Director of Public Affairs, Kerry Postlewhite. “The levels of animal cruelty and breaches of law exposed by our investigation are totally unacceptable.”

“However,” he continued, “as the authorities now believe LPT to be unfit, we would call on them to also act to close the company’s two remaining sites.”

Two other LPT sites in Hamburg and Schleswig-Holstein are still open and under investigation.