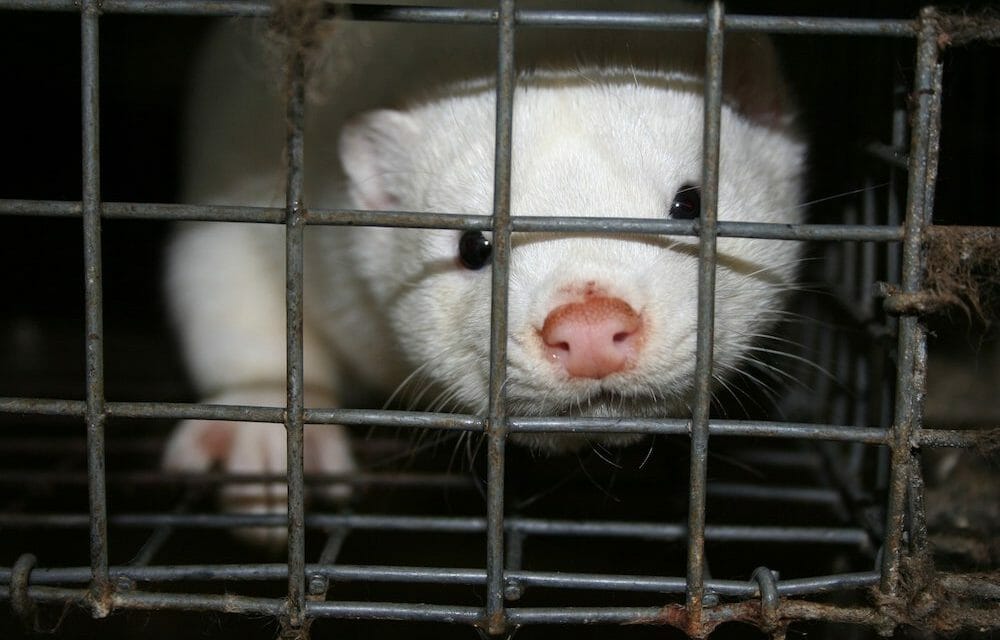 In a fantastic move forward, Italy is poised to become the 16th European country to ban the cruel and unnecessarily dangerous practice of fur farming within its borders.

An amendment to the country’s budget law, passed by the Budget Committee of the Italian Senate, would create a permanent, nationwide ban on fur farming in the country.  If the measure passes the full Parliament, Italy’s existing fur farms — including mink, foxes, raccoon dogs, and chinchillas — will be forced to close by July 2022.

The Ministry of Agriculture also has announced the government will set aside 3 million euros to help farm owners and workers impacted by the ban manage the transition into other livelihoods.

This move builds on a shift from 2021, when the Italian government suspended mink breeding following a series of COVID-19 outbreaks at fur farms across the country.  Studies show that mink are particularly susceptible to the novel coronavirus.

This health risk to humans — combined with the cramped, and unsanitary conditions inherent in factory fur farms — makes the industry a high-risk environment for perpetuating COVID-19 variants, according to scientists and other governments that have banned the cruel practice.

The horrific suffering of the animals, as well as the dangers of disease transmission, should far outweigh people’s frivolous demands for their skins, said Martina Pluda, director of the Humane Society International, which lobbied for the bill.

“Allowing the mass breeding of wild animals for frivolous fur fashion represents a risk to both animals and people that can’t be justified by the limited economic benefits it offers to a small minority of people involved in this cruel industry,” Pluda said.

Many high-end brands, acting on consumer concerns, have boycotted fur in recent years.  Some of Italy’s most iconic designers — including Valentino, Armani, Gucci, Prada, and Versace — all have pledged to no longer use animal fur in their fashion lines, citing concerns over animal welfare, sustainability, and changing public attitudes.

It’s time for the United States to join the growing list of nations banning fur farming.

SIGN: Ban Cruel Mink Fur Farming in the US For Good