Why Are So Many Immigrants Dying in American Detention Centers?

Home » Headlines » Why Are So Many Immigrants Dying in American Detention Centers?By Eve Danzeisen | May 12, 2017 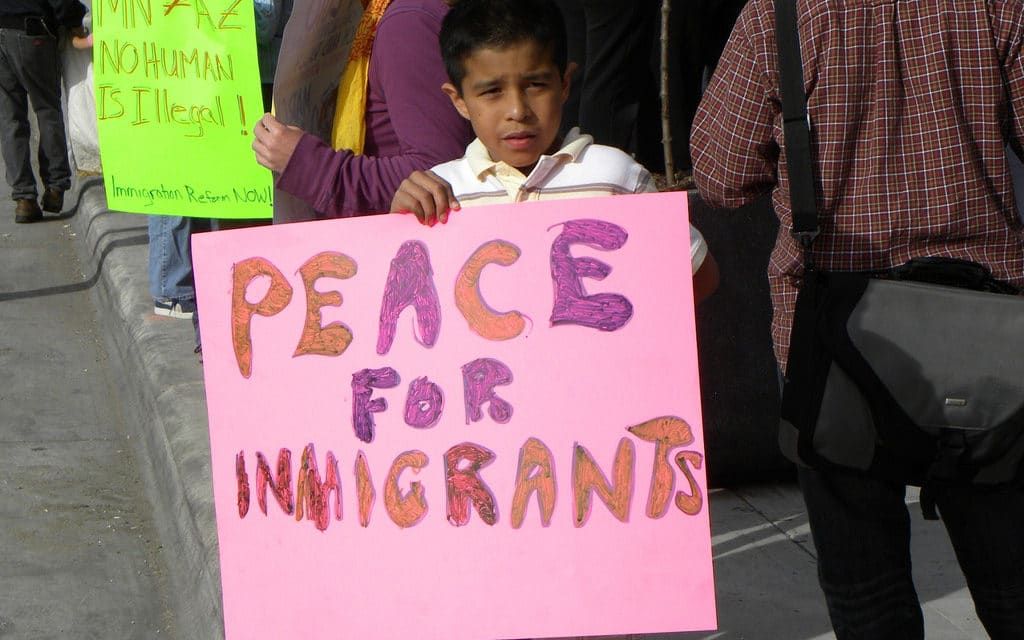 Human Rights Watch (HRW) and Community Initiatives for Visiting Immigrants in Confinement (CIVIC) just issued a horrifying report on the absence of health care provided to immigrants in United States detention centers. Revealing evidence from 2012 to 2015 that immigrants in detention centers were victims of dehumanizing healthcare, often resulting in premature and needless death, the report points to the “systemic indifference” causing the negligence.

“The sheer number and consistency of cases involving inadequate medical care point to a crisis that warrants immediate action…The medical experts’ analyses confirm what we have been hearing from detained immigrants for years. It’s past time to put an end to the substandard medical practices that harm many people in immigration detention each year,” said attorney and the co-executive director of CIVIC, Christina Fialho.

The list of atrocities is appalling. Here are just a few examples of how systematic indifference led to suffering or death:

These deaths are just five instances of negligence, abuse, and ineptitude causing the preventable death of a human being.

Immigrants in detention centers are denied so little as one free phone call, legal representation, and visitation rights. They aren’t offered a public defender, and it’s highly unlikely to have a fair hearing, if granted a court date, without an attorney. Most people in detention centers cannot afford an attorney and appeals for a trial are dismissed, leading to forced lengthy stays in detention, for months and years, often separated from their families, without ever getting a hearing. Despite these injustices they are, however, accorded vital medical care, under the U.S. Constitution and international law. These legal rights are being withheld.

This is HRW’s third report since 2007 on medical conditions in U.S. detention centers, and not the first time we’ve witnessed this systemic failure. In a study by Immigration and Customs Enforcement (ICE) in 2010 to 2012, violations of ICE medical standards were found to have been the cause of death in detention facilities. In a blatant display of indifference, ICE ignored the results of its own study and took no action.

Despite criticism–and an investigation by the Department of Justice in 2016 pointing out the flaws in privately-run prisons–the Department of Homeland Security (DHS) has increased its reliance on private detention centers. With President Donald Trump’s war on immigration and contracts feeding the profits of private prison corporations, the lack of health care in the detention centers will likely go ignored and unremedied.

To understand the extent of the problem, it’s important to see how it ballooned out of proportion. Before the 1980s, there were roughly thirty people in immigration detention each day. Private prison companies decided there was profit to be had in incarceration. Two of these companies, GEO Group and Corrections Corporation of America, lobbied the government effectively enough that there were fifteen new prisons being built per day by the 1990s.

When President Bill Clinton and Congress passed the Illegal Immigration Reform and Immigrant Responsibility Act of 1996 (IIRIRA) and the Antiterrorism and Effective Death Penalty Act of 1996 (AEDPA), the United States Immigration and Naturalization Service (INS) was essentially given carte blanche to enforce detention. With IIRIRA and AEDPA, any minor offense became cause for mandatory detention, even if there was legally no jail time served, or if time had already been served for the crime. INS was allowed to determine without due process or habeas corpus who was dangerous enough to be detained.

People seeking asylum upon entering the U.S. were also now detained indefinitely as they awaited immigration proceedings. Previous to the AEDPA, there was a six-month time limit on detention if a refugee was to be deported but was stateless or unable to return home.  Shamefully, those who were to be deported without possibility of that happening were referred to as “lifers,” referring to the bleak possibility of remaining in detention for life. The number of people in detention catapulted from 8,500 in 1996 to 16,000 in 1998. Once the gateway was opened for federal law enforcement to detain non-citizens based on an inaccurate and racially biased summation of criminal offense and purported danger, without a trial or influence of a judge and court system, there was no way to ensure the rights of immigrants. And as there was increasing profit to be made, the lobbying and private prison contracts continued to support the increased detention.

President George Bush’s administration saw the establishment of a known human rights violation, the Guantanamo Bay detention facility; needless to say, criminal detention and deportation was brashly continued post-Clinton. In 2003, INS was incorporated into the DHS, which had been established in response to the attacks on September 11, 2001. INS essentially became known as U.S. Immigration and Customs Enforcement (ICE), which was established in 2003. Under Bush, the number of non-citizens incarcerated in detention centers continued to rise.

President Barack Obama perpetuated the idea that we needed to deport and detain criminals, deporting and removing more people than any other president in the history of the United States. The U.S. now detains a shocking 400,000 people per year, or about 40,000 per day. Although Obama oversaw Consideration of Deferred Action for Childhood Arrivals (DACA) and Deferred Action for Parents of Americans and Lawful Permanent Residents (DAPA), we’ve witnessed the dissolution of those policies before the ink was dry on Trump’s first executive order. DHS had already begun the process of detention and removal of DACA recipients in 2016 but with Trump in office, there is a completely unmasked, seethingly joyous disavowal of protection.

The biggest indication of corporate takeover of the detention system is the bed quota. As stated by the DHS Appropriations Act of 2010 ICE was required to maintain 33,400 detention beds full on a daily basis. This was increased to 34,000 in 2012. Sponsored by Senator Robert Byrd, a Democrat from West Virginia, who received campaign contributions from GEO Group, this act is an affront to justice and taxpayers who spend roughly $160 dollars per person, $5.5 million per day, or $2 billion per year on immigration detention. It’s not surprising that the privately-run detention centers GEO and CCA currently detain about 15,000 immigrants per day and that in 2015 GEO received $161 million dollars of taxpayer dollars in government contracts.

Local governments profit off of county prison contracts for detention as well, so local authorities will often aid ICE with enforcing detention. With Jeff Sessions as Attorney General, this practice will only get more prevalent. However, local governments can fight back against prolonged detention and bad policy with legal action, insisting on better conditions in detention centers.

What this expansive history has led to is an overpopulated, poorly staffed, inadequate chain of detention centers in the U.S. without provisions to ensure the health and well-being of detainees.  Thousands of people with individual needs women, children, refugees, men are being detained, often unnecessarily, for lengthy periods of time. The study implies that the U.S. government lacks the ability to regulate the provisions and practices within the centers. There are no external oversight committees, and we have witnessed the ICE and DHS ignoring their own recommendations for improvements.

Private corporations are profit-driven. These centers disregard human life and healthy existence. We don’t need another study or death for proof of this, and we certainly don’t need to contribute with our tax dollars to the suffering of another human being. Stay informed and take action to grant legal, basic rights to humans in detention centers in the U.S. to save them from preventable death.