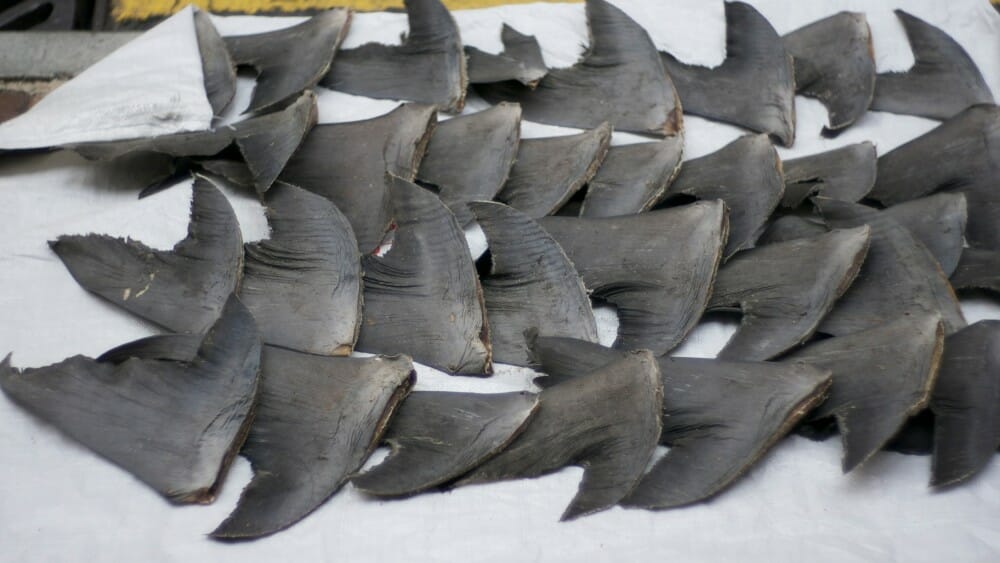 Federal agents have shut down a multi-million dollar international criminal enterprise responsible for killing thousands of sharks in order to illegally sell their fins.

Multiple wildlife conservation groups, including the wilderness preservation nonprofit World Wildlife Fund (WWF), have noted the existence of sharks as important to maintaining healthy ocean ecosystems. But an estimated 73 million sharks — many of whom are protected by federal and state wildlife laws — are killed each year to feed the demand for shark fin soup, considered a delicacy and served at festivities and weddings in some Asian countries, according to the WWF.

Known as “shark finning,” the brutal practice involves cutting the fins off live sharks, then throwing the injured sharks back into the ocean to die, typically from suffocation or blood loss.

In one Operation Apex-related seizure in Miami, FWS officers confiscated 18 boxes containing about 1,400 pounds of shark fins, possibly harvested off the coast of South America, as reported by the New York Times.

“It’s a sad day when not even the sharks in the ocean are safe from the greed of criminal organizations,” said Robert Hammer, the acting special agent who oversees Homeland Security Investigations in Georgia and Alabama.

A dozen people and two businesses in Florida and California are facing multiple charges, including fraud, money laundering, and drug and illegal wildlife trafficking.  If found guilty, they face penalties of up to a life sentence in federal prison — a sentence that comes without the possibility of parole.

Bobby Christine, the U.S. Attorney for the United States District Court for the Southern District of Georgia, applauded the arrests and dismantling of “the despicable practice of hacking the fins off of sharks and leaving them to drown in the sea to create a bowl of soup.”

The 37-page indictment filed by prosecutors estimated the wildlife and drug trafficking ring stretched back to 2010 and involved buyers from the United States, as well as Hong Kong, Mexico, and Canada.

Prosecutors allege the man credited with spearheading the illegal trafficking used a fake storefront in Florida — where it is not yet illegal for licensed dealers to sell shark parts — to cover up for operations really taking place in San Bruno, Calif., where it is illegal to possess, sell, or ship shark fins.

Aurelia Skipwith, director of the FWS, said federal agents’ commitment to catching those who commit crimes against wildlife will remain aggressive.

“We will continue to protect imperiled species for future generations,” she said.