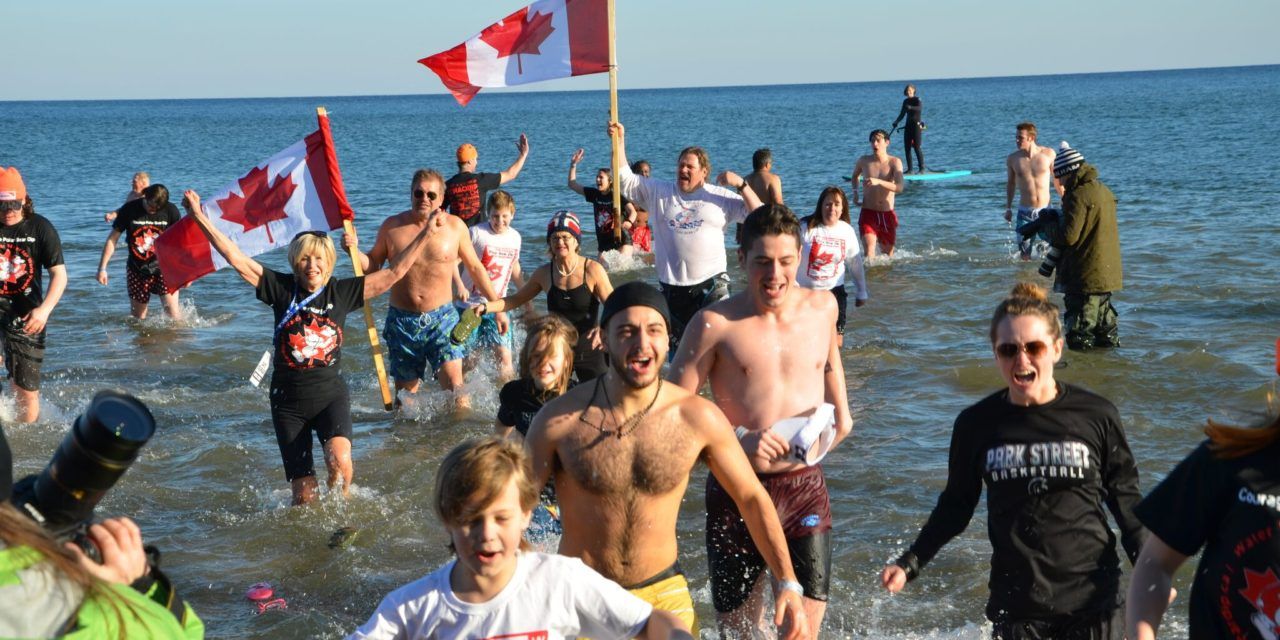 Canadians in Oakville ushered in 2017 by taking a freezing dip into Lake Ontario to raise nearly $150,000 for the Canadian Courage Polar Bear Dip for World Vision.

Convincing someone to jump into frigid winter waves isn’t easy, but over 800 people were willing to take the plunge on January 1st. The event coincided with the year of Canada’s 150th birthday, so participants waved Canadian flags and matched festive shirts with their bathing suits and water gear.

Since its founding in 1995, the event has grown to become the largest Polar Bear Dip in Canada, raising over $1.5 million. While the funds go to different World Vision water projects each year, this year’s donations will fund clean water projects in Africa.

“Canada is very abundant in water but there are still 663 million people on the planet, 1 in 10, who lack access to safe water,” Todd Courage, one of the co-founders of the Canadian Courage Polar Bear Dip for World Vision, told Lady Freethinker. “So it is symbolic that the event involves people running into cold water on New Year’s day to support those who do not have access to safe water.” 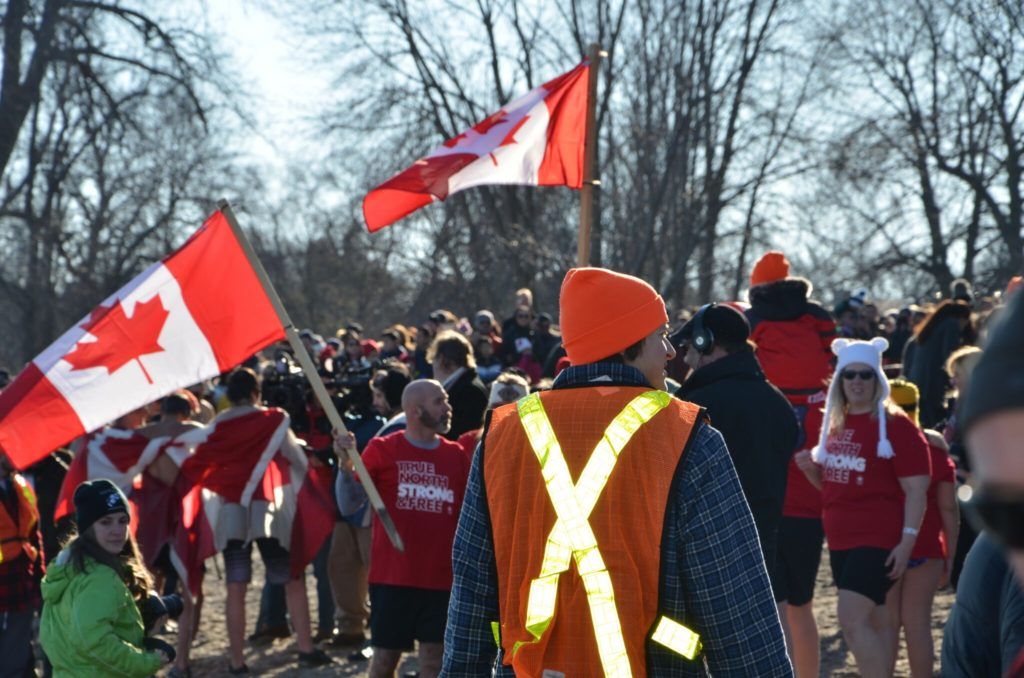 Although many take it for granted, clean water is a scarce resource in many parts of the world. The war in Syria has affected thousands – in August, the water was cut off in Aleppo. And many deaths in India could be prevented if people had access to clean water.

The abundance of clean water in Canada creates a harsh contrast to many places — especially Africa, where many of World Vision’s water projects are directed. For the last four years, donations from the Dip have gone to fund operations in Rwanda, and Tanzania has also been a frequent focus.

Despite the serious topic (and frigid temperatures), the event itself is notably festive. Thousands of people gathered on the beach to cheer on the participants, many in costume. 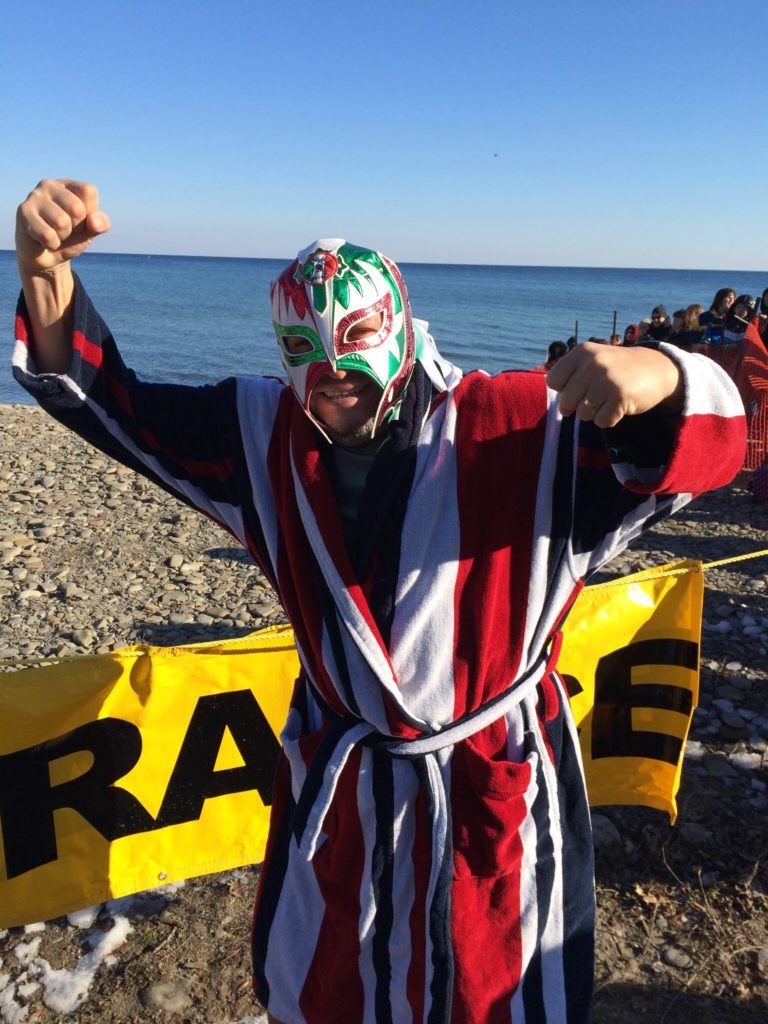 “The festivities of the day, including the live band and costume contest, has made the event even more popular,” said Courage. “When you run into freezing cold water at the same time as hundreds of screaming and excited other people, there is definitely an atmosphere in the air.”

Most participants would probably agree.

“I’m feeling like a frozen ice cube of adrenaline, but it’s all worth it because it means clean water for children in Africa,” said Eric Frans, Vice-President of Vision Partners, World Vision Canada after his first dip. “That’s what kept me feeling warm as I took the polar plunge.” 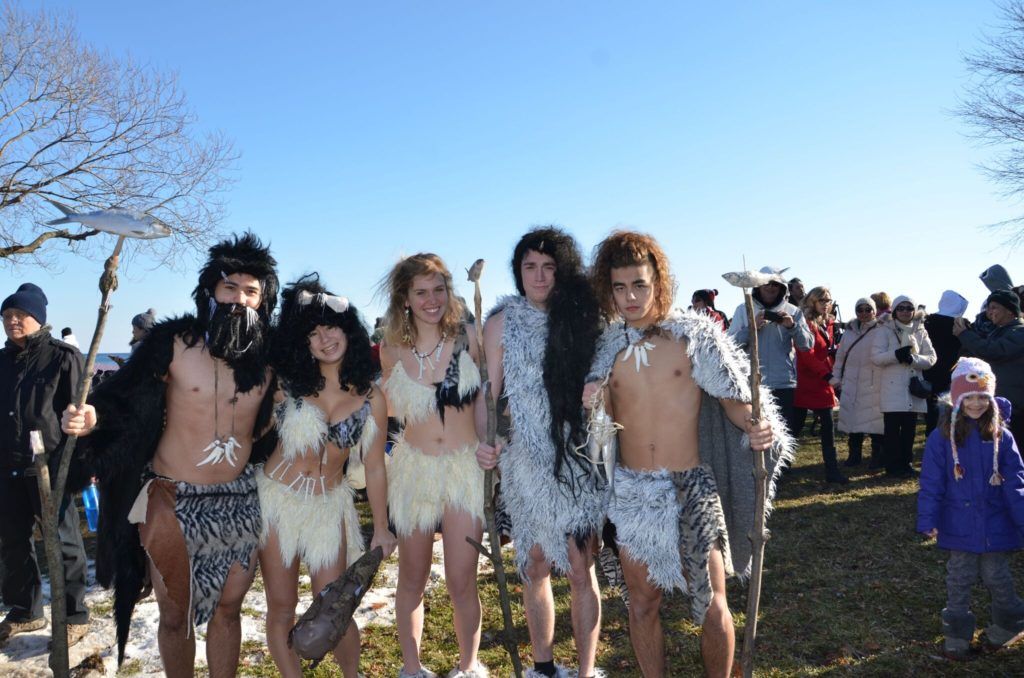 Although it started as a community event with just a few participants, Courage explained that in just a few years the Dip surged in popularity.

“After doing the event with just family and friends for a couple years, we decided to get a charity involved and moved it to Coronation Park in Oakville,” he said. Since then, “it has grown from a small community event to the largest polar bear dip for charity in the country.” 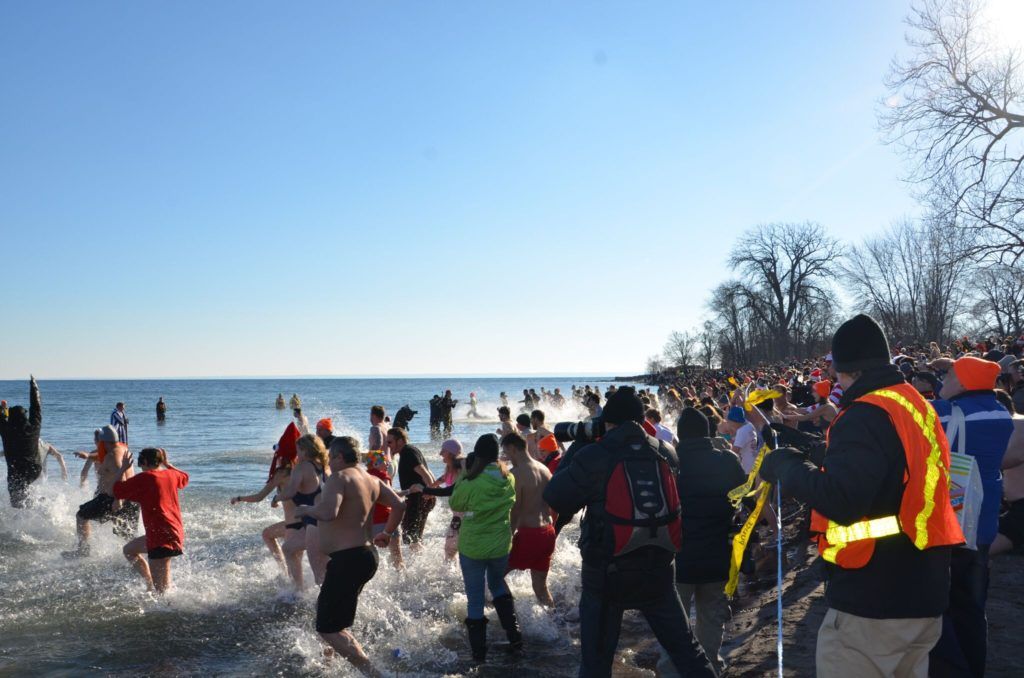 What’s become a popular charity event and yearly marker for many had a rather unlikely start.

“The dip was started when our mother told us to jump in the lake on January 1st to relieve some ‘cob webs’ from the night before,” Courage said.

You can guess what happened next – Courage and his brother Trent took the plunge.

They continued the tradition for a few years, but it wasn’t until the dip started to grow that they decided to do it for charity. A relative who was involved with World Vision suggested the organization. Courage and his brother liked the project, and “the ‘Water for Water’ theme was born.

The rest is history.

“So I guess we did not choose the dip,” Courage said. “It chose us.”

Even if taking a freezing dip isn’t up your alley, you can still make a difference by making a donation to the Canadian Courage Polar Bear Dip for World Vision and learning how to keep water abundant and clean.