Water Cut Off for 2 Million People in War-Torn Aleppo 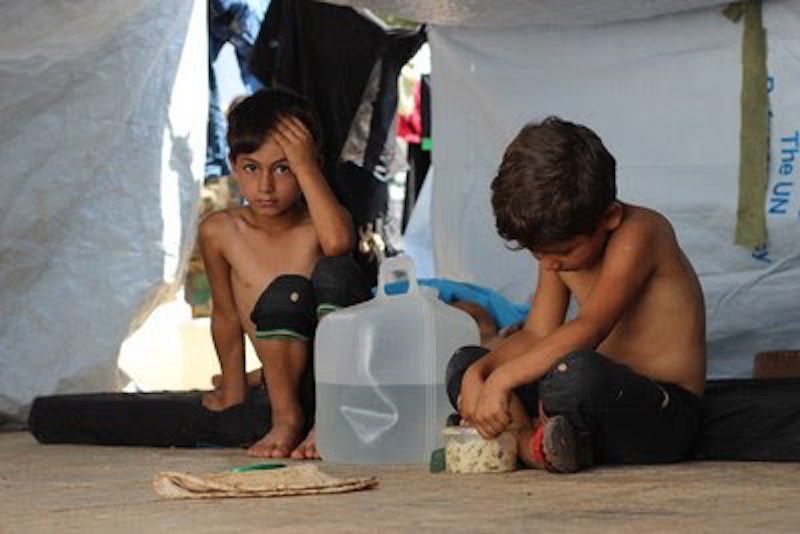 The outlook for the residents of war-torn Aleppo — the current epicenter of Syria’s ongoing civil war — grows increasingly dire as they endure their seventh consecutive day without running water.

Continuing hostilities damaged the electricity networks necessary to pump water throughout the city on July 31st; emergency repairs restored alternate power lines on August 4th, but in less than a day, these had been destroyed as well.  With temperatures in the high 90s, desperate citizens — over a third of them children — will soon be forced to utilize contaminated water supplies just to survive.

“Children and families in Aleppo are facing a catastrophic situation,” Hanaa Singer, UNICEF representative in Syria, said in a press release.  “Getting clean water running again cannot wait for the fighting to stop.  Children’s lives are in serious danger.”

Russia implemented a daily three-hour pause in air and artillery strikes Thursday for the delivery of food, water, fuel, and medicine to the city; however, there has reportedly been no letup in the violence.  The three-day ceasefire is significantly less time than asked for by the United Nations, who called for a 48-hour cessation of attacks.  It may not be enough time for the repairs needed to bring relief to the city’s nearly 2 million residents.

UNICEF and its partners have been trucking emergency drinking water to the most vulnerable civilians in Aleppo city, including displaced families, from groundwater wells and the nearby Queiq river where they have installed 28 water treatment units.

But delivering water isn’t a sustainable solution for the residents of Aleppo, and the organization is calling for all involved parties to allow safe access for technicians so that urgent repairs can be resumed.

The brutal civil war in Syria has claimed 470,000 lives as of last year.  To support UNICEF’s work for children and families in Aleppo, please visit https://www.unicefusa.org/donate/help-syrian-children/16078.