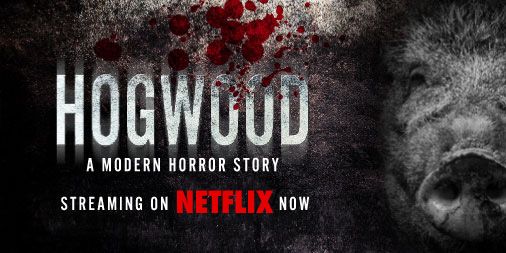 Investigators acting on a tip visited a pig farm tucked away in Cambridgeshire, in rural England, in 2017.

The Hogwood farm was considered one of the “best” in the UK — carried by the Red Tractor label and supplying animal “products” to supermarket giants and producers, including Tesco and Cranswick.

But the conditions shocked the investigators from nonprofit Viva! They documented what they saw and then turned their evidence over to Red Tractor, Tesco, and The Animal and Plant Health Agency (APHA) — the executive agency responsible for overseeing animal and plant health.

The immediate response: Nothing.

Red Tractor initially said they didn’t find any breaches at the farm. Tesco said they were “satisfied” that Hogwood was operating within minimum guidelines. APHA also declined to take action. The investigative team realized they were up against more than just intense suffering at one abysmal farm; they were facing an entire exploitative industry, ingrained to protect its own.

“Assured Food Standards licenses the Red Tractor label; it was launched in 2000 by the National Farmers Union of England and Wales,” Viva! wrote on their website. “If a farmer wants to have their produce marked as Red Tractor Assured, they pay a licence fee each year and are inspected by Red Tractor. It is run by the farming industry for the farming industry.”

But the investigators, haunted by the suffering of pigs they saw inside the facility, committed to not giving up.

So started a relentless campaign for accountability, with three more investigations into the facility that documented extreme overcrowding, routine mutilation, sick and dying piglets abandoned in gangways, lacerations, and live pig cannibalism before Red Tractor and Tesco dropped the farm in 2019.

“Since our first investigation, the farm owners have invested thousands of pounds into increasing security at Hogwood,” Gellatley wrote. “Rather than improve conditions for these poor animals, they invested in making it more difficult for the public to see the truth.”

Now, a 30 minute exposé — “Hogwood: A Modern Horror Story” — lets viewers follow along with the intrepid investigators and activists as they fight for a more compassionate world for pigs.

“This is a gripping tale of negligence, greed, and inaction, and our unrelenting fight to help the pigs trapped in Hogwood Farm,” Viva! said in announcing the film.

Directed by Viva!’s Tony Wardle and presented by Jerome Flynn, the documentary combines hidden camera footage of the farm and interviews with veterinarians and public health and safety experts that will surely make consumers question their choices and what they think they know.

“As a consumer, you can’t be sure that what you’re picking up on the shelf isn’t a product of suffering,” the film’s trailer notes. “It’s the fact that giant corporations put their name to it and pretend that it’s okay. Somebody has to go in and show the truth.”

The film also points to pollution and disease outbreaks resulting from the current system of unsustainable, intensive meat production. The film’s release sparked nationwide protests outside of about 150 Tesco stores, with 70,000 people also signing a petition urging Tesco to drop Hogwood from its supply chain. Beyond that, and suppliers dropping the farm, Wardle said he consistently receives feedback from viewers that the film has changed how they see their food and inspired them to make different choices — including no longer eating animals.

While action against Hogwood took place in 2019, the film remains relevant today — with Viva! reporting only about 3 percent of ‘meat’ pigs on UK farms spend their entire lives outdoors, with the majority instead relegated to conditions like those documented in “Hogwood.”

The scope of the suffering also is massive— with Viva! reporting an average of 10 million pigs killed each year in the United Kingdom, or about 200,000 pigs each week.

“We realised that Hogwood is part of a bigger story, one that aims to end factory farming for good,” Viva! said on the film’s website. “What Viva!’s footage shows is the abysmal reality of these poor standards that are supposedly in place to protect animal welfare.”

Wardle spoke with Lady Freethinker about the importance of undercover investigations, the horrific conditions pigs on many farms in the UK still endure, and why choosing plant-based options is the most impactful way that consumers can immediately make a difference for suffering pigs.

For those interested in watching the footage, “Hogwood: A Modern Horror Story” is available for UK residents on Netflix, and for all other viewers on Amazon Prime Video, Apple TV and Google Play. 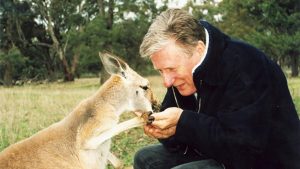 Tell us more about how the Hogwood Farm came onto Viva!’s radar — and why your investigators went back multiple times.

We went on a scouting visit to see, following a tip from a local person who used to work at the farm and told us to take a look at Hogwood. We had a veterinarian, who used to be an inspector, look at our footage, then we reached out to APHA and Red Tractor. Hogwood was a farm selling to a major meat distributor and supplier, Tesco, and we took it for granted that they would drop the farms that are bad. But they didn’t. They defended it.

That was when we knew we were at the point where a concerted effort was needed. We went back, and there were basically no improvements. One of the pigs was being cannibalized and just sat there. Juliet, (Viva!’s Founder), said, “We’re not giving up. I’ve seen the state of those pigs. We’re going back in.” That time we left hidden cameras, and we finally got results.

Why did your team feel it was important to expose conditions for these pigs?

We know that every time someone sees one of our exposés, some people will stop eating meat — and for others, it will sow the seed. That’s why we do it, to raise awareness. We know that the world is on the brink (climate-wise). We’ve been underselling the profundity of the problem, and meat and dairy are at the heart of it. We cannot continue to live in a world so unbalanced, and the elephant in the room is livestock. But agencies won’t touch it.

The Hogwood facility reportedly was one of the UK’s ‘best’ farms. What does this mean for pigs in the UK’s other pig farms?

Pigs in UK farms all endure deprivation. They live in utterly barren circumstances, with nothing to do. The majority are not owned by companies, but do live in factory farms with poor lighting and filth.

Investigations like this — while exposing the truth for animals — take a toll on the brave people who uncover conditions. Tell us about that.

It has a huge impact on them. It is psychologically damaging. But what they keep telling themselves is, “I am doing something to help these animals.” They are so brave. Can you imagine what it’s like, in the pitch black dead of night on a farm in the middle of nowhere? You don’t know what you’re facing — and they do it over and over again.

People gravitating toward products labeled as “welfare certified” shows an inherent desire to be kind to animals. But our responsibility goes beyond picking products simply because they have one of these labels, which can be misleading — doesn’t it?

What else would you like people to know about Hogwood, Viva!’s work, or the excellent vegan resources you have available?

There are two main issues with climate change: rate of change and the time we have left. The rate of change has increased exponentially, but there is a path now to becoming vegan. For most people, it’s a progression; they’ll cut out red meat, then cut out white meat. “Vegan or nothing” — people don’t tend to do that. It’s not overnight, or very rarely is.

There is a movement of change now, because people know they are being bullshitted (by the animal agriculture industry), they know they are being lied to, and they want answers — and as they get answers, they are changing. With climate change, once you get going, it’s not stoppable and it’s not controllable.

People in the United Kingdom are increasingly opposed to factory farming. But it’s not translated into their buying. And we cannot solve the world’s problems while we exist within this system of exploitation.

What words would you have for people who want to watch “Hogwood” but might be apprehensive about the cruelty the film shows?