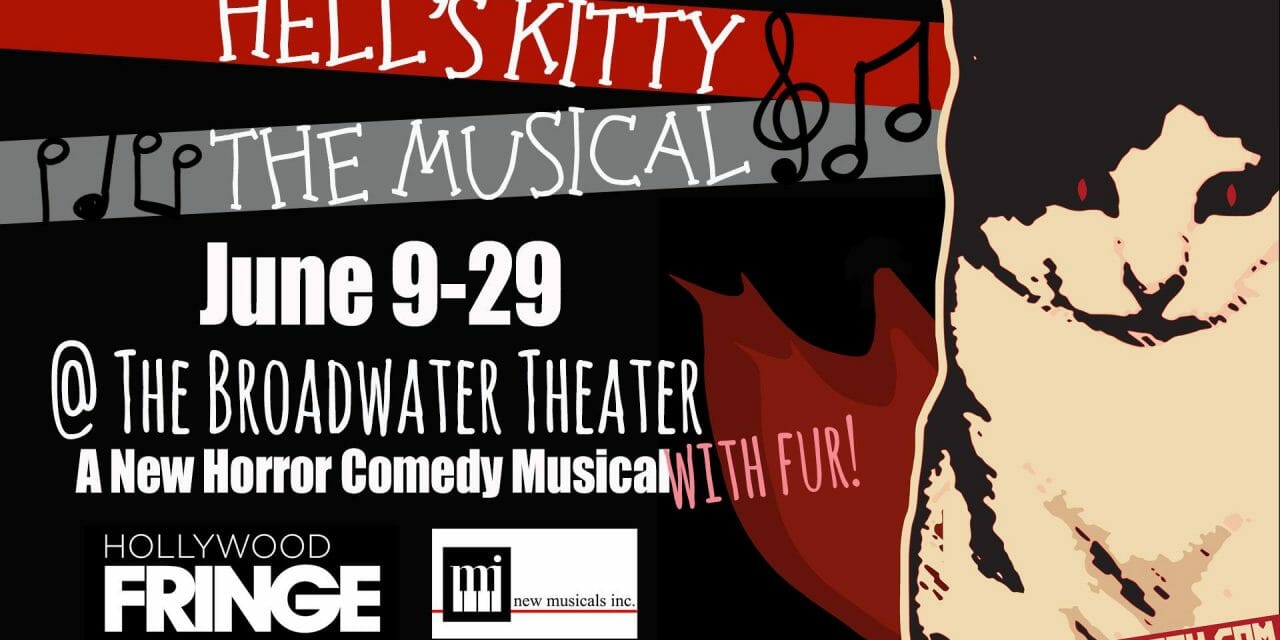 The comedy/horror musical was adapted from the original award-winning Hell’s Kitty web-series, comic book, and movie. The movie, which stars LFT’s own Nina Jackel, is available now on most major platforms including Amazon, Vudu, and iTunes.

Straying from the movie plot, the musical is an unrequited love story involving a lonely, struggling writer who blames his cat for his lack of inspiration — not knowing that his cat is possessed by someone from his past.

But like the movie, the musical will not disappoint horror fans and cat lovers alike, with its uncanny array of iconic cult figures from classic eighties horror films, expanding off of what began in the film with Dale Midkiff (Pet Sematary) performing a parody of Frank N’ Furter in drag. This time, however, the actors will really be singing!

Adapted for the stage by Hell’s Kitty writer/director and star Nicholas Tana, HELL’S KITTY: The Musical is a collaboration between Tana and composer Alexa Borden, who arranged most of the music while Tana contributed to the lyrics and melody. Other musical contributors include Richard Albert, and Spanish born composer, Miguel Coiz. The song “Chainsaw Kitty,” written by Albert and Tana, was an American Tracks Winner for Best Song in a Film in 2018 and will appear in the musical to be directed by veteran musical theater director Denis McCourt.

The musical includes exciting cat choreography by a professional Broadway performer, John Paul Batista, who was in the musical CATS, with help from Melissa Carvajal.

The HELL’S KITTY: The Musical story centers on a fictionalized account of Mr. Tana’s precarious relationship living with his possessive and possessed cat named Angel, and his inability to date as a result. While the musical numbers move the plot along at an entertaining pace, Nick’s initial denial of his cat’s more nefarious, supernatural tendencies (Imagine Stephen King’s Carrie as a Cat) fades away, once he realizes that buried within the cute, cuddly cat resides someone far more sinister. The musical provides fresh insights into the lead antagonist, Rosemary Carrie, who is to be played by seasoned performer, Miss Barbie Q. The quality cast stars Joey Hunt as Nick, Isabel Caxide, as Angel, Patrick Steward as Adam, Maeve Thompson Osgood as Lisa, and Jordan Knapp as Dr. Strode. Other cast members include Antoinette (Toni) Attell, Denise Lyles-Cook, Elisa Janele Alpizar, Giane Morris, and Brian Snyder. There is even a sexy, crazy cat ensemble comprised of Mellisa Carvajal, Sawyer Fuller, Elizabeth Frolich, Elisa Janelle Aplizar, and Lindsay Kate Ballif with costume design by Michael Muellen, with costume design by Michael Muellen.

“At its core, HELL’S KITTY: The Musical is a tragic love story about an artist’s struggle to find inspiration amidst chaos, loneliness, and confusion,” said Tana. “The music ranges from pop/rock to contemporary musical theatre, with song styles reminiscent of Tin Pan Alley’s burlesque and cabaret sounds; speckled with creepy meow choruses that remind the listener first and foremost that HELL’S KITTY: The Musical, is meant to entertain. There’s something in it for everyone, whether you like cats or not. And I’m pleased with the caliber of talent who’ve agreed to participate. But don’t take my word for it, come experience it for yourself.”

Tickets can be purchased at The Broadwater Theater or online: BUY TICKETS. 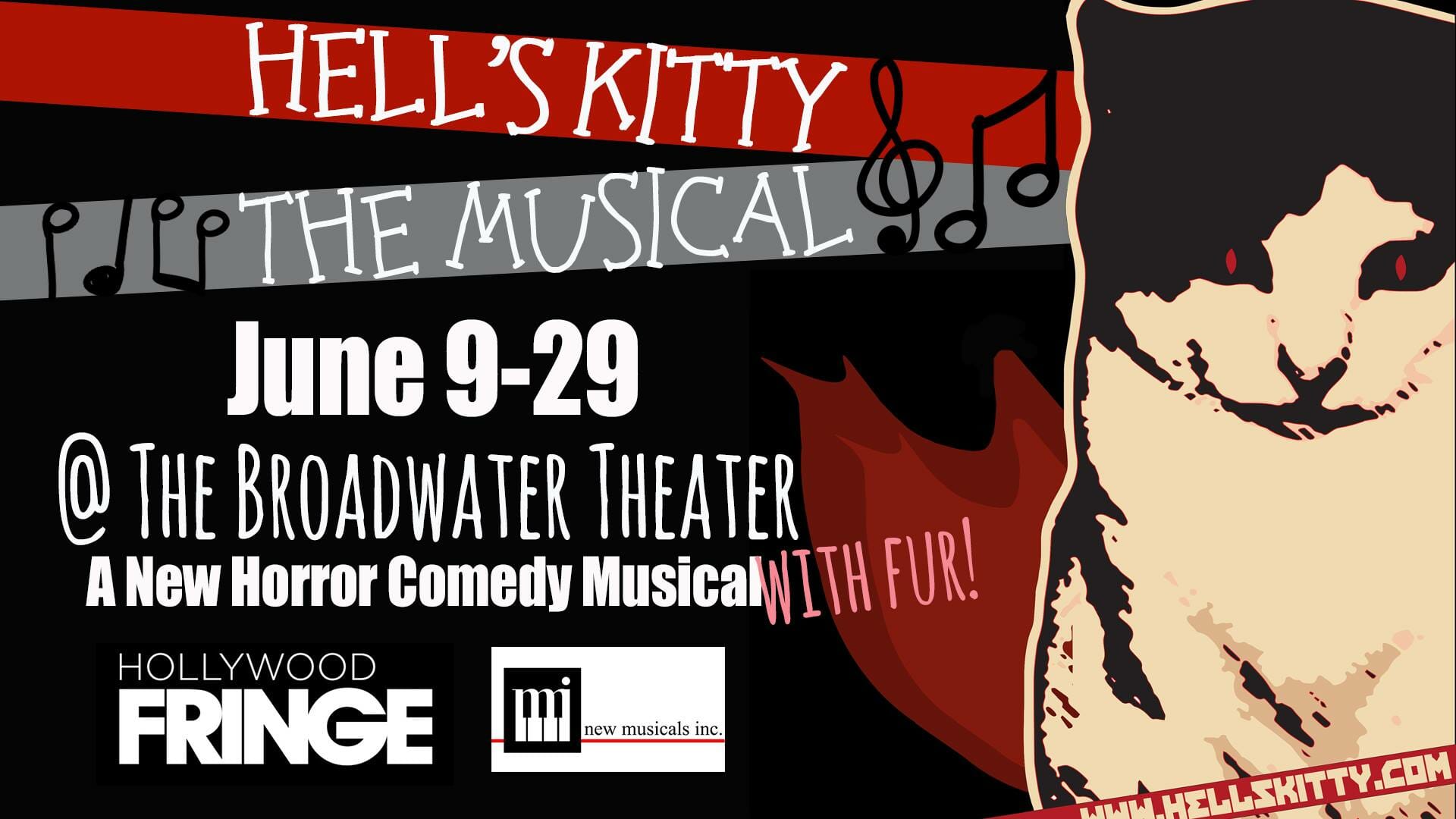