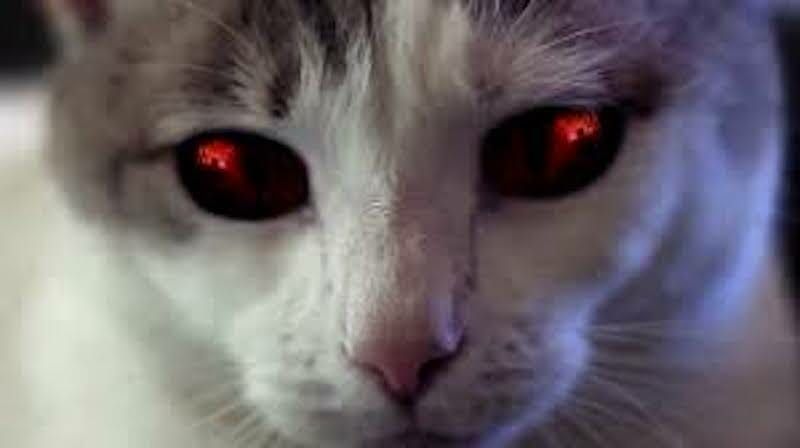 In a blend of horror and comedy, Hell’s Kitty, based on the original web series, tells the story of a man, Nick, and his cat named Angel whose inseparable bond leads the bloodthirsty feline into a spiral of possessiveness. This isn’t typical pet jealousy. Angel, who strays further and further from her namesake as the movie goes on, poses a deadly threat to Nick’s human companions as she resorts to gruesome strategies to maintain his affections.

Throughout the film, Nick tries everything to tame the frantic feline, from housecall psychology sessions to exorcism. The film pays homage to a slew of classic horror films — with zombies, creepy priests, and even a Killer Klown — making this a horror lover’s nightmare come true.

The movie is based on a true story and largely filmed in Nick’s home, where Angel proved a natural star by simply being herself (she was never trained or coerced to perform). And since the claws would come out if anyone other than her human family went near her on set, Nicholas Tana had to play himself. So, minus blood and guts, there is some truth to the storyline.

Hell’s Kitty is set to premiere at TLC Chinese Theater in Hollywood February 22nd at 9:30pm, and all proceeds will go to FixNation.org, which provides a free, full-time spay/neuter clinic and helps find cats their forever homes.

This is a show horror fanatics and cat lovers won’t want to miss. Get your tickets to the Los Angeles premiere by clicking here.