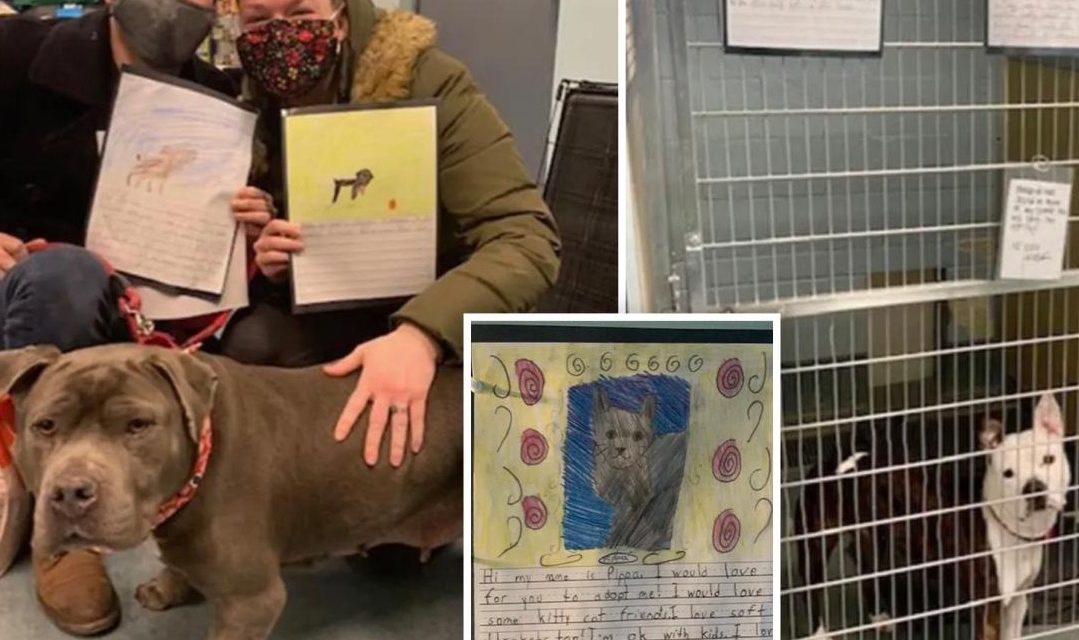 A class of conscientious second-graders put their persuasive writing and artistic skills to work in a heartwarming effort to help animals at a Virginia shelter find loving forever homes.

Students at St. Michael’s Episcopal School created artwork and accompanying letters about dogs and a cat who were the longest residents at the Richmond Animal Care & Control (RACC) shelter, the New York Post reported. The kids were assigned a specific pet and wrote persuasive prose from the animal’s perspective aimed at convincing potential adopters to take them home.

“Hello! I’m Pitato Chip. I’m a Pitbull!” one of the letters read. “I won’t hurt you, I’ll give you lots of kisses! Slurp! I like the animal shelter, but I want to live with you!”

“The class was working on persuasive writing, and they wrote pieces as if they were speaking on behalf of the shelter dog trying to get adopted,” Peters said. “I said, ‘That’s the coolest idea … let’s do it.”

The children’s written stories and illustrations were posted on the outside of their assigned pet’s kennel to motivate potential adopters to give a deserving animal a home.

“This classroom project collaboration allowed me to combine my two greatest passions, children’s literacy and helping animals in need,” said Jones, who is also a RACC volunteer.

Peters said 24 stories were written about dogs and also one cat, focusing on RACC’s oldest residents, the longest residents and animals in need of “some extra help” in finding homes.

According to Jones, eight animals were swiftly adopted after their stories were written and read by people who visited the shelter.

“It’s such a creative way that we partnered with this school to bring awareness and I hope it’s something other shelters in the country will do to market their shelter animals,” Jones said.

And as second-grader Danielle Petroski aptly observed in a letter about the shelter’s “puppy ambassador”: “All dogs deserve a loving home, especially Snow. I am so very happy to be able to help neglected animals find great forever families.”