Harnessing Electricity From the Moon 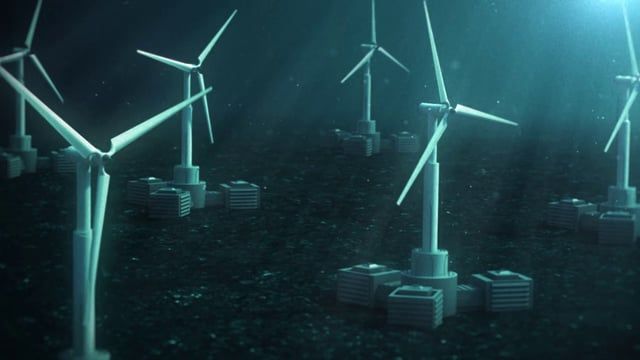 Windmills and solar energy are on the rise as the world attempts to decrease fossil fuel usage. But there’s another renewable energy source that’s getting far less press: hydroelectricity. Modern marine turbines have been in an experimental stage for over a decade, and countries around the world are looking at them as a new option for clean energy.

Marine turbines harness energy from a constant source: the moon. The moon’s gravitational pull creates tides so the ocean is always in motion – providing ultimate reliability. Above0ground windmills only operate when wind is blowing. Solar panels can’t charge without sunshine. But moon power is always here.

Marine turbines are installed in high tidal current areas, and operate in a similar way as windmills. Their submerged rotors harness the power of marine currents to drive generators, which produce electricity. Once the energy is piped to the coast it can be directed to different areas on land.

Hydroelectric power not only slashes harmful carbon emissions, but it’s also economical. The United Kingdom has installed a number of marine turbines, and have determined that they can power 15 million homes without the 70 million tons of carbon that other sources of power would emit. The industry can create 16,000 jobs there.

Another benefit of the turbines is that they may also be used to produce drinkable water from the sea by reverse osmosis.

There is some environmental concern in that the turbines take up space that the ocean’s inhabitants will be prevented from occupying. This is valid, but the blades of the turbine are designed so that fish can escape, and the noise they make should warn marine life not to swim toward it. Still, loud sounds can be confusing for marine life. More research is needed to know the true impact on marine life, and how we may be able to reduce it.

Hydroelectric power has enormous potential. Its constant availability makes it a unique clean energy option, and many companies are already looking into it. The competition between them should result in reasonable pricing, making hydroelectric power a viable option for the future.