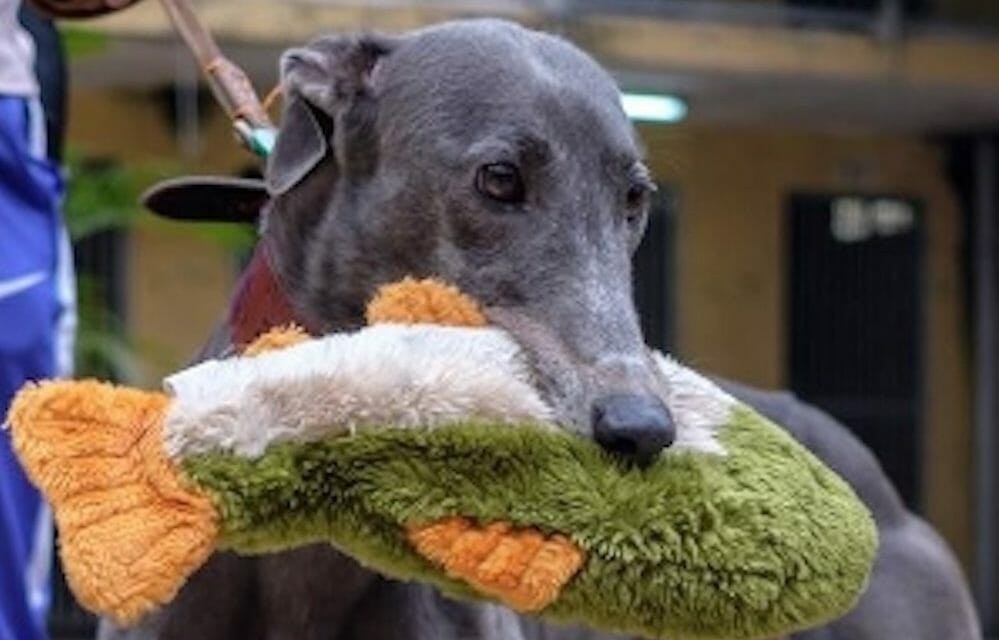 A beautiful dog, who spent most of her life in a filthy concrete kennel at the Macau Canidrome greyhound racing stadium in China, has finally found a loving forever home 10,000 miles away in England.

One of nearly 650 greyhounds abandoned inside the infamously cruel racing stadium when it closed in 2018, Libby landed in the UK on Valentine’s Day this year — her fifth birthday — thanks to dog rescue groups worldwide.

Met by dog rescue charity Forever Hounds Trust, the fortunate pup was taken to Somerset, where she was given veterinary attention, a warm and cosy bed, and proper nourishment — a far cry from the cold, hard floor of her cramped cage at the Macau Canidrome. Just a few months later, Libby was adopted by her new guardians, Saz and Rik Back.

“Rik and I followed the story of the Macau dogs for several years and supported calls for the closure of the Canidrome and rescue of the dogs,” said Saz. “We had already adopted a dog from Forever Hounds Trust, and when we heard they were going to be taking some of the dogs from Macau, we got in touch with them and were matched with Libby — whose name is really Liberty.”

Libby quickly settled into her new home and discovered just how comfortable a real bed can be. A video showing Rik having to make the bed around Libby while she refuses to get up made the canine a Facebook sensation.

“When you see her now you cannot believe she has spent all her life in the Canidrome,” said Saz. “She loves to play and chases tennis balls, and she has learned how much fun it can be to go out for a walk. When she realizes it is time for a walk, she gets so excited and skips about! It is so heartwarming to see her getting so much enjoyment from simply being a much-loved pet.”