The Green New Deal and How it Could Affect Animals, People, and the Planet

Home » Green » The Green New Deal and How it Could Affect Animals, People, and the PlanetBy Kristen Arnim | February 5, 2019 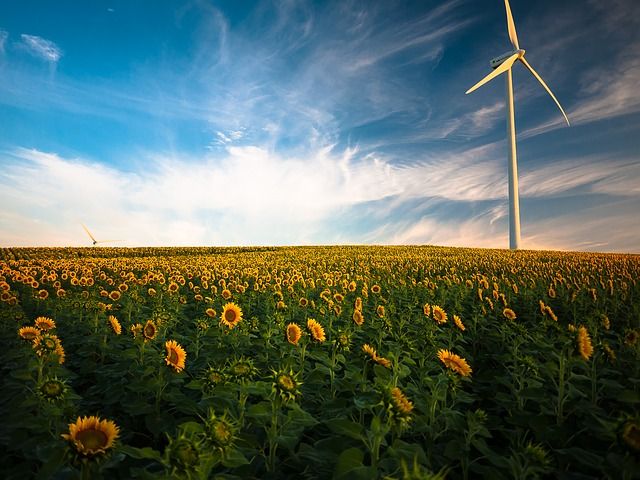 The Green New Deal (GND) has been in the news a lot lately. But what would a GND really mean, and how would it impact animals, the environment, and people?

The Green New Deal – An idea

Modeled loosely after the New Deal created by President Franklin Delano Roosevelt to pull the country out of the Great Depression in the 1930s, a Green New Deal would also be an economic stimulus program that focuses on the social good. But with a goal of 100% renewable energy, the GND is adapted for the present and future. Basically, the GND would be a huge investment by the government toward creating a decarbonized nation. The investments would create jobs and boost the economy, putting people to work on a clean energy infrastructure. Proponents claim it would combat climate change, create more social equality, and be a plus for the economy.

The idea of a Green New Deal and its elements are not new. A 2009 UN report proposed a series of policies in a Global Green New Deal that would stimulate the global economy in a sustainable way through reducing carbon emissions and without the degradation of ecosystems. The Green Party in the United States has had a GND as part of its platform for a decade. And proposals like creating clean-energy jobs are already in practice.

So far, the Green New Deal is more political idea than policy. There hasn’t been any legislation passed that lays out specifics. But that is going to change soon. Democratic Rep. Alexandria Ocasio-Cortez of New York and Democratic Sen. Ed Markey of Massachusetts have been working on a bill expected to come out this month. And a few 2020 president hopefuls have endorsed some form of the GND, including Elizabeth Warren, Kamala Harris, Kirsten Gillibrand, and Julián Castro.

I support a Green New Deal. Climate change is an existential threat to all of us, and we have got to deal with the reality of it.

How will the GND affect animals, the environment, and people?

Any political policy that focuses on the future of our species must also focus on the future health of our planet and the countless other plant and animal species that reside alongside us. The GND recognizes the connection between the natural world and our economy and forms policy based on outcomes for both.

Climate change is already having an impact on animals. Extreme weather and even subtle changes in average temperatures put pressure on species, many who are already struggling to contend with habitat loss and pollution. A GND would hopefully slow the pace of climate change, giving wildlife a better chance at adapting and surviving a changing world. In addition, moving away from fossil fuels would eradicate the harm caused by oil spills and pollution from things like coal mining and fracking.

Outside magazine says the GND is a great thing for the outdoors and that it might be the only active proposal that will save of our wild places from the impacts of climate change. Lessening snowpack is affecting ski resorts as annual wildfires devastate areas enjoyed for hiking and camping. Protections for public lands, a more robust wilderness, and a stable climate are essential for our enjoyment of the outdoors. Drilling for gas and oil on public lands would become a non-issue in an economy powered by renewable resources.

Just like the New Deal in the 1930s, the Green New Deal strives to create a more egalitarian society. Fighting poverty through job creation, the government would employ thousands of citizens to rebuild the country’s energy infrastructure. And with low unemployment and a growing green industry, the thought is that a healthy economy will follow. In addition, obvious benefits to health and well-being will follow a clean energy economy. Asthma, cancers, and other diseases resulting from fossil fuel related pollution would be non-existent.

Around the World, Renewable Energy is Taking Over

Will the GND become a reality?

The chance of the GND becoming a reality in an especially divisive political climate is questionable at best. Though there is no comprehensive cost analysis of the GND at this time, something of this scope would be very expensive, possibly in the hundreds of billions of dollars. Proposals for paying for such a plan include a 70% tax on those who make more than $10 million, ending subsidies for fossil fuel producers, and cutting the military budget. And many are already arguing against a GND. From denying that climate change is occurring in the first place to raising concerns that a GND would contract economies, many fear it is not the answer, though few have alternatives.

As climate change takes its toll on towns and cities affected by extreme weather and global threats to water supply and agriculture stability loom, the issue of caring for our environment will be everyone’s problem. The only question that will remain is how best to address the challenges. It seems whether it is called the Green New Deal or not, policies of that magnitude will become essential.

Climate Change is One of The Biggest Threats to Your Daily Coffee, Says Former Starbuck’s CEO