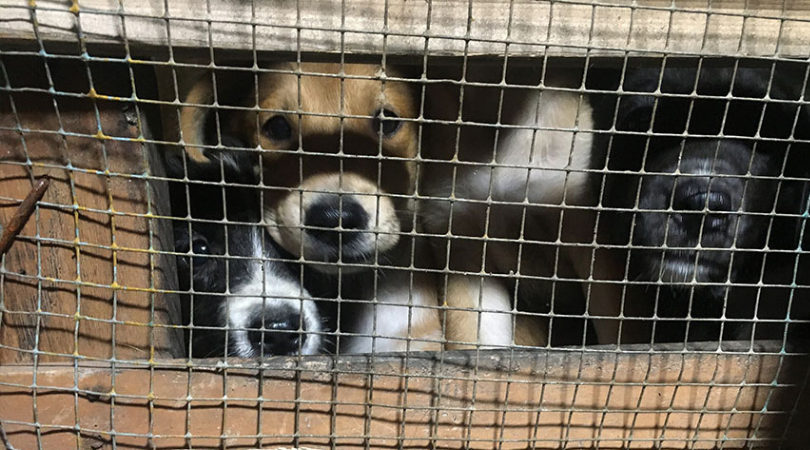 In an Indonesian first, the head of the Karanganayar Regency in Central Java has declared an end to the dog meat industry in the district. H. Juliyatmono intends to close all 21 dog meat stalls, and find alternative income streams for the owners.

“In order to prevent various diseases caused by dog meat consumption, we will soon take action to close all dog meat stalls in Karanganyar, so humans can co-exist in harmony with the environment and all living creatures,” said Juliyatmono on 17 June.

The decision followed a meeting between the district head and members of the Dog Meat Free Indonesia (DMFI) coalition. They discussed not only the brutality of the trade, but the danger to humans from eating meat contaminated with fatal diseases such as rabies.

According to Karanganayar’s agriculture and livestock agency, the 21 stalls in the district slaughter two or three dogs per day, so shutting them down will save around 2,000 dogs every month.

“The Karanganyar district head’s decision should be an example to other regional leaders,” said Angelina Pane, program manager for Animal Friends Jogja (AFJ). “Humans should be compassionate in our treatment of other beings.”

DMFI has been campaigning heavily to end the brutal trade, which is still rampant throughout the sprawling nation. Recently, they shared that an estimated 13,700 dogs are snatched off the streets of Java alone every month; all these animals are destined to be consumed as meat, yet all have unknown vaccination histories.

Investigations into dog meat markets have revealed horrific acts of abuse, with dogs beaten and hung upside down to bleed out while still fully conscious — all in full view of other dogs tied with ropes and stuffed into tiny cages to await the same fate.

“Now is the time for the Indonesian Central and Provincial governments to take Karanganyar Regency’s lead and to prioritize this issue on grounds of public health and safety as well as animal welfare, and fulfill their pledge to take action to tackle the trade,” said Lola Webber from Change for Animals Foundation. “The trade is cruel and dangerous, and the time is now for action to be taken!”