Giant Tortoise Thought to be Extinct for 100 Years Discovered Alive 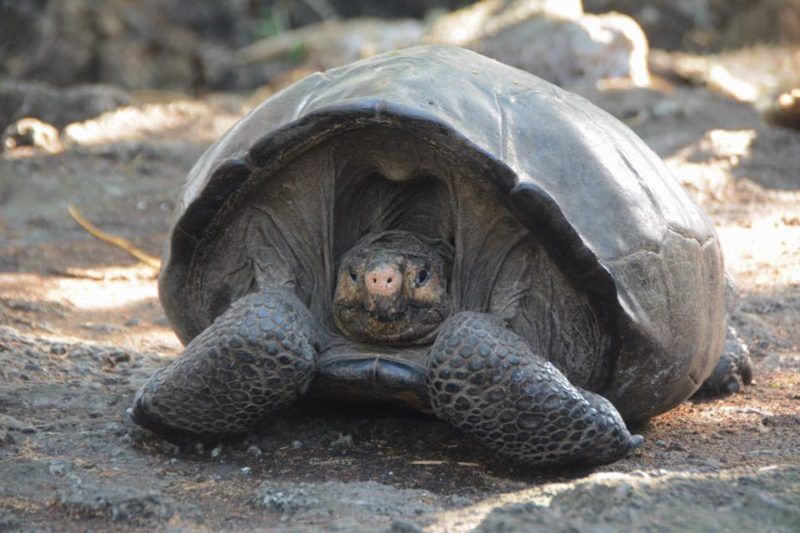 Image credit: Ministry of the Environment

On Sunday, members of the Galapagos National Park and the U.S. NGO Galapagos Conservancy made a surprising discovery: a species of giant tortoise previously thought to have been extinct for over a century.

The adult female tortoise was found on Fernandina Island as a result of the Giant Tortoise Restoration Initiative (GTRI), a joint expedition between the two organizations responsible for its discovery. One of the expedition’s goals was to find one of these tortoises.

It was the first sighting of the species of tortoise since 1906, and she’s believed to be at least 100 years old. She was relocated to a breeding center on the neighboring island of Santa Cruz.

Expedition leader and GTRI director Washington Tapia announced that genetic studies will be conducted to ensure the tortoise is, indeed, of the Fernandina Island species that was presumed to be extinct.

The team also observed the tracks and scents of other tortoises suspected to be of the same species, leading them to believe that there are others on the island who are alive and well.

This comes as especially good news, as most of the 14 giant tortoise species native to the Galapagos Island are considered endangered. According to the Galapagos Conservancy, most of the islands’ tortoises have been killed over the past two centuries for food and their oil.

Danny Rueda, director of the Galapagos National Park, hopes that the introduction of a captive breeding program will help recover some of these highly-threatened species. In 2015, the discovery of a previously-unknown species of tortoise on the island of Santa Cruz was announced.

Fernandina Island is the youngest and third-largest of the 19 islands that make up the archipelago. It is also the most volcanically active.

The Galapagos Islands became a UNESCO World Heritage site in 1978 and have been classified as a national park since 1959.