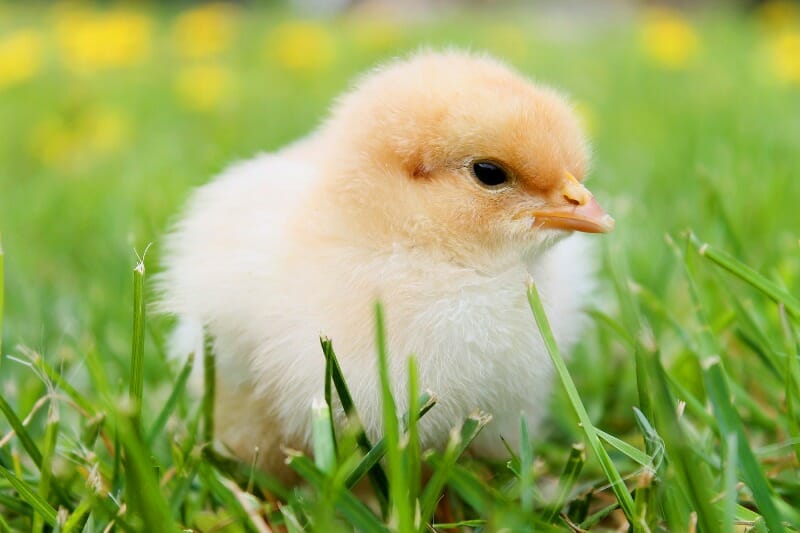 On January 20, French and German ministers of agriculture Didier Guillaume and Julia Klöckner announced a plan to help put a stop to the brutal practice of male chick “shredding,” the act of slaughtering baby birds just after they hatch. The objective is to end this horrific practice in all European Union countries by the end of 2021.

“It’s time to end the shredding of chicks,” Guillaume said during an official visit to Germany. “France and Germany should be the European motor to advance on this issue.”

Every year, the poultry industry routinely kills millions of male chicks almost immediately after hatching because they’re worth less than their egg-laying female counterparts. The horrendous methods used to massacre these poor creatures include suffocation via carbon dioxide poisoning and literal shredding via mechanical grinders.

While poultry companies claim that shredding is the only practical and affordable option currently available, Guillaume and Klöckner hope that industry groups, companies, researchers, and campaign groups can work together, share scientific knowledge, and find more humane alternative methods.

“We welcome this scheme and the fact that non-governmental organizations are involved,” commented Agathe Gignous of Compassion in World Farming (CIWF), “but we expect clear regulatory commitments.”

Breeding chickens simply to kill them once they emerge from their shells is an unthinkable act of cruelty. While the efforts to end male chick shredding are laudable, the most effective and cruelty-free way to ensure chicks aren’t poisoned and mashed to pieces is to choose plant-based options instead.