Formerly Abused Guinea Pigs Now Get Picnics in the Park 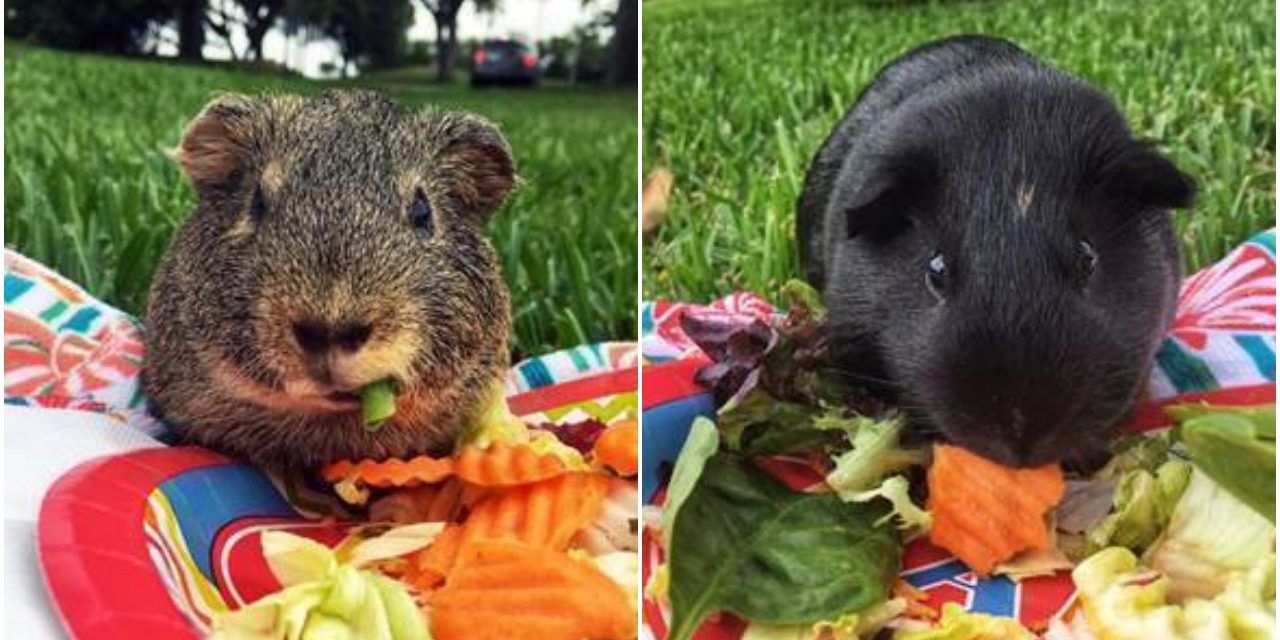 Two guinea pigs that endured months of suffering at a PetSmart store in Nashville, Tennessee are now living the good life in a loving home, thanks to animal activist group PETA, who rescued and re-homed the pair in conjunction with an investigation into the pet store chain.

An eyewitness for PETA  discovered Duke and Bogart living in tiny tanks in the PetSmart store. They both had ongoing health issues that went untreated. Duke had a chronic eye infection and Bogart had an abscess on his back. Managers at the store refused to seek veterinary care for the two guinea pigs, or any of the other animals in their care, simply so they could keep costs down and receive bonuses.

Luckily for Bogart and Duke, the eyewitness rescued them from this life of suffering, and they were adopted by a loving guardian.

“Thanks to PETA, Duke and Bogart finally have the respect and happiness that they deserve,” says PETA Senior Vice President Daphna Nachminovitch. “It’s a joy to see them playing, snuggling, munching on fresh food, and simply getting to live as guinea pigs should at last.”

All three were required to do community service and cover the veterinary care and ongoing costs for the sick animals – totalling $16,156.

Along with rescued guinea pigs Duke and Bogard, the store was responsible for a critically ill guinea pig named Townes. Townes had an abscessed knee joint and a serious infection that had spread throughout his body. Unable to stand or even sit upright, the manager refused to take him to a veterinarian, saying, “I’m not going to take it to an emergency vet to get put down. ‘Cause if you take it to the emergency vet, you’re gonna pay an extra $200, $300. There’s no point in me paying that for a $15 animal.”

PETA’s eyewitness in the store personally took Townes to a vet, who advised that euthanasia was required to end his suffering.

The Nashville PetSmart wasn’t the only store found to be negligent. Further outlets in Brandon, Arizona and Peoria, Arizona were found to have similar shocking attitudes towards the welfare and wellbeing of animals. During Thanksgiving and Christmas, stores cut costs by not providing staff to care for the animals – in spite of the fact that many of them were unwell and needed regular medication.

These are just several examples from many of the horrific cases of suffering ongoing at PetSmart stores. One manager even admitted that PetSmart is “a horrible place for animals.”

While PETA is still working on exposing the ongoing cases of abuse inflicted by PetSmart and their employees, Duke and Bogart have a fantastic new guardian who even takes them for picnics in the local park and enjoys movie nights on the couch with the spoiled twosome.