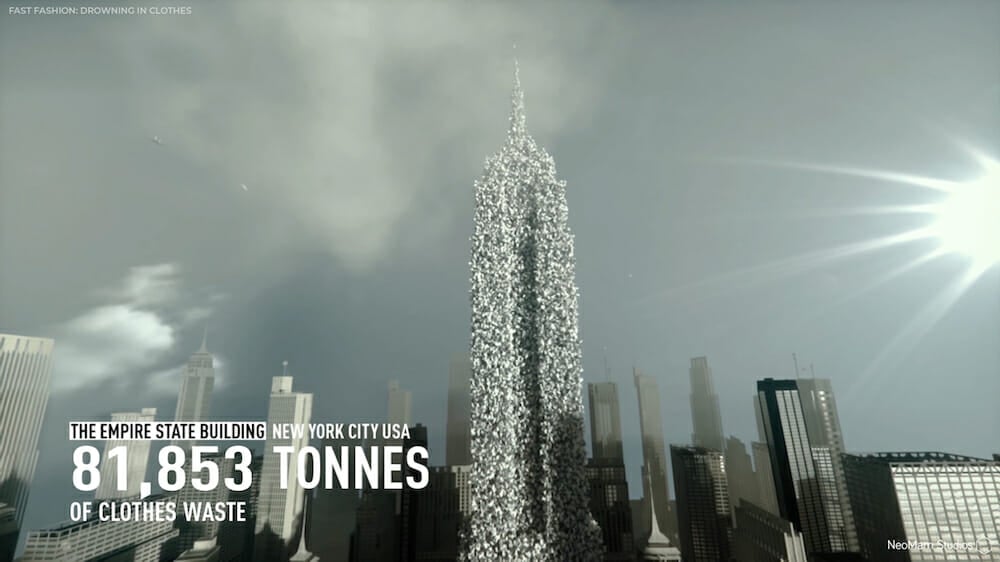 More than 330 billion pounds of clothing will be dumped into landfills or incinerated in the year 2050 if the current fast fashion trend continues, according to the Ellen Macarthur Foundation. This number is so massive that it’s difficult to imagine what exactly that might look like in reality.

To illustrate the scale of this environmental crisis, UK creative agency NeoMam Studios has created a video of eight famous landmarks rapidly filling with thrown away clothing.

Each building  — the Empire State Building, The Colosseum, the Great Wall of China, the Pyramid of the Sun, St. Michael’s Tower, Big Ben, Angel of the North, and Riverside Museum — shows just a portion of 2050’s projected textile waste. 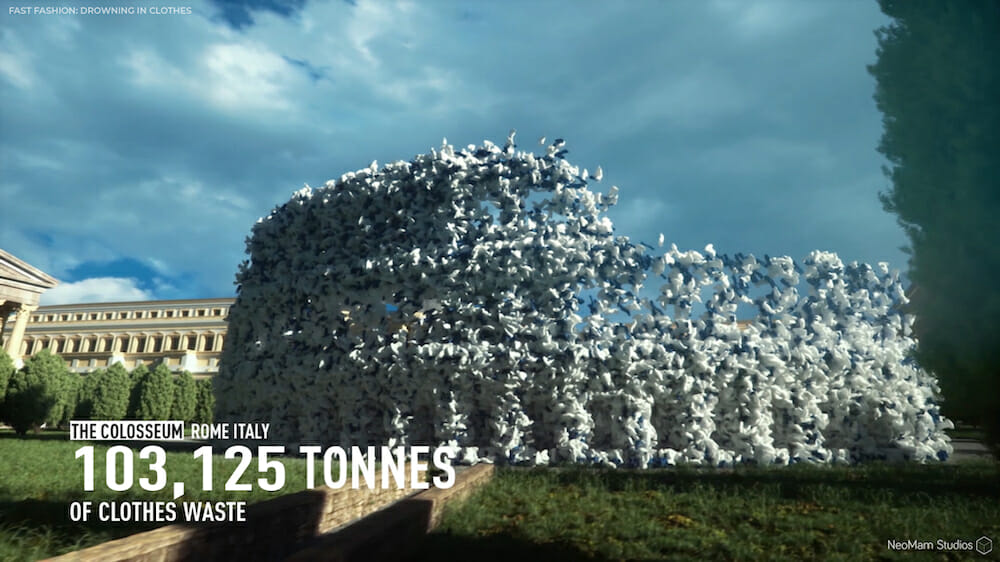 NeoMam Studios is hoping that these shocking images will help create a positive change in people’s habits and attitudes when it comes to fast fashion. We must do better to protect our planet, including purchasing ethically-sourced and environmentally-friendly clothing.